Initially known as Jefferson's Landing Building for its first two decades of existence, Lohman's Landing Building first served the community during the pre-railroad era, and then when railroads and steamboat traffic worked in tandem. The Landing Building handled the supplies and served the persons entering the city via the Missouri River, which acted as a superhighway into Jefferson City before the railroad arrived. The historic commercial building is located within the Jefferson Landing State Historic Site, a state-owned historic district that also includes the Christopher Maus House and the Union Hotel, built by Christopher's brother, Charles Maus. Charles F. Lohman and the Maus brothers came to Jefferson City from Prussia at a time when millions of Germans immigrated to the U.S., including to Jefferson City. 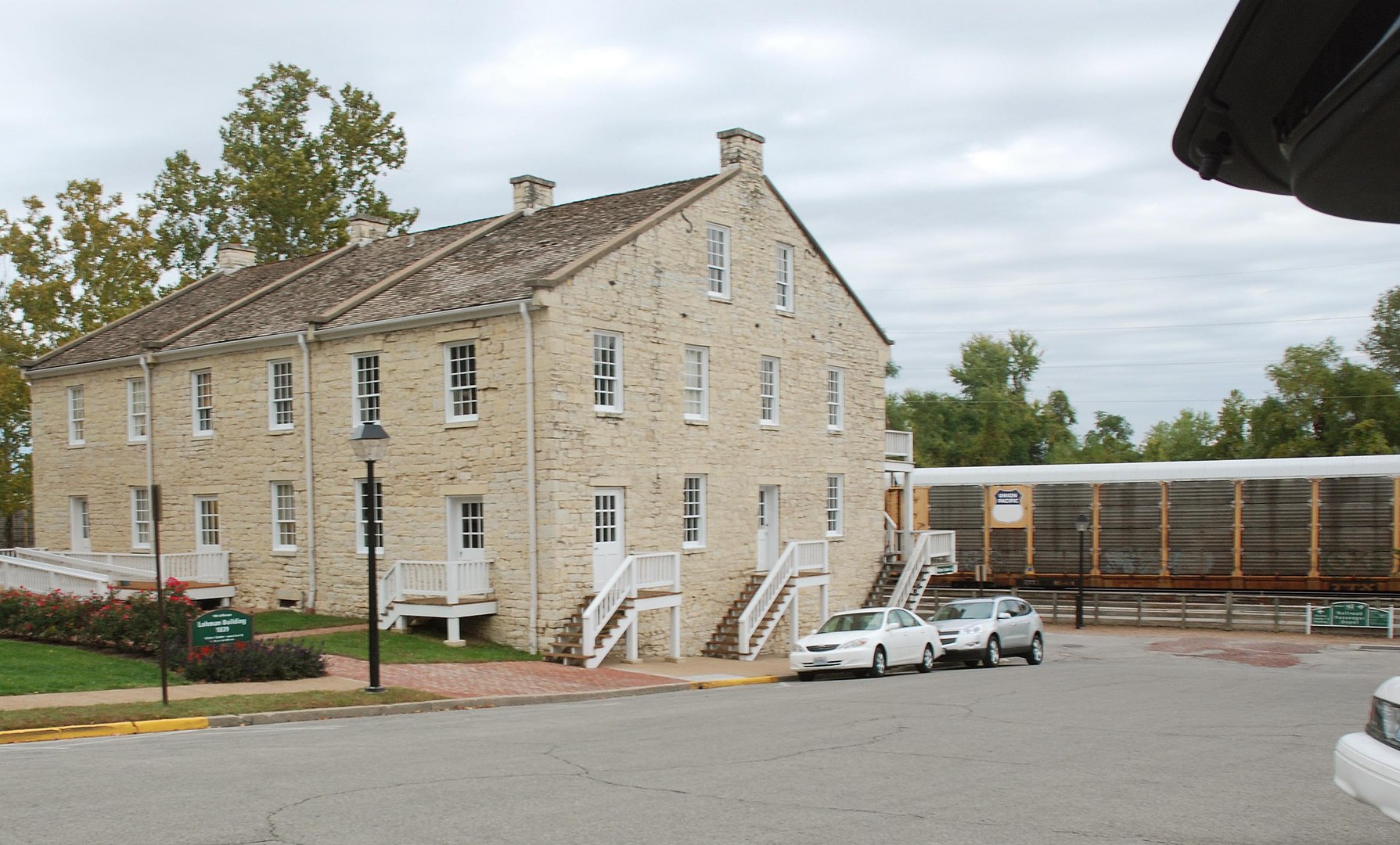 The Missouri Legislature designated Jefferson City as the permanent seat of government in January 1822, mainly because of its central location and river access. In 1824, Samuel Jamison purchased several parcels of land in the new capital city at a public auction, which he sold in 1834 to Richard Shackleford, who is believed to have built the first section of Lohman's Landing Building. Shackelford sold the historic property and Landing Building to Harvey Colgan, a building contractor, in 1836. Colgan's accomplishments included constructing the old Governor's mansion (used 1834 - 1871) and, it is believed, substantially expanded the Landing Building. Colgan sold the property in 1838 to James A. Crump, who built the final stages (and completed) of what is now the Lohman Building; it stood as Jefferson City's largest structure, eclipsing the 1826-built Capitol-Executive Mansion Building.

The building was initially known as Jefferson Landing until Lohman, a Prussian immigrant, purchased the structure in 1852. In addition to the structure's ownership change and name modification, immigration (notably from German-speaking regions of Europe) and the arrival of the railroad in 1855 brought profound changes to the city. Crop failures and political upheaval in German-speaking regions of Europe led to nearly one million Germans immigrating to the United States during the 1850s. By establishing German enclaves in American cities, German immigrants were able to maintain their cultural traditions, religions, and language; two distinct German neighborhoods formed in Jefferson City.

Lohman arrived in Jefferson City in 1848 and went on to operate a prosperous inn, store, and warehouse business in the Landings Building (where he also lived). Lohman and his brother-in-law, Charles Maus, purchased the building in 1852 and remained its owner until 1874. Maus also built a hotel across the street from the Lohman Building in 1855. The hotel initially went by the name of the Missouri Hotel, and then later the Veranda Hotel. But, when Maus returned from the Civil War, he renamed it the Union Hotel.  Lohman's Landing Building and the Union Hotel first benefited from the arrival of the Pacific Railroad in 1855. The rail company also purchased a dozen steamboats to connect with trains in Jefferson City, allowing the town to benefit from both its rail and water traffic. An advertisement of that period stated that passengers could travel from Kansas City to St. Louis in fifty hours via the combination of steamboats and railroads, a rather speedy travel time during the 1850s. Lohman's Landing Building initially housed a grocery store and public house (tavern) that served as the city's center of cultural life; riverboat men and politicians routinely gathered there. Later, the building added offices used as an agent's headquarters for steamboat companies (Star Line and St. Louis-Omaha Packet Company) and as Wharf-Master's s office as established by the City Board of Aldermen in 1859.

From 1905 until the mid-1960s, two shoe companies occupied the building. The government purchased the building during the 1960s with plans to raze the structures, but grassroots movements saved the buildings from destruction. Instead, a renovation project commenced, restoring Maus' house, the Union Hotel, and Lohman's Landing Building, which re-opened on July 4, 1776, the U.S. bicentennial celebration. Today, the building and district survive as one of the few reminders of the city's pre-railroad era and one of the many relics of the influx of German immigrants in Jefferson City during the mid- and late-nineteenth century.