SAMA in Ligonier offers art exhibits as well as beautiful grounds and a sculpture garden. 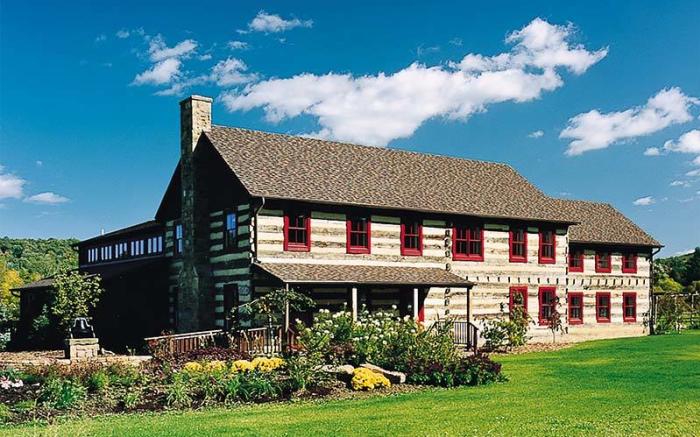 The Southern Alleghenies Museum of Art (SAMA) was founded in 1976 at Saint Francis University in Loretto, Pennsylvania. The Museum began with a permanent collection of 67 works of art. Other locations opened in Hollidaysburg (1979) which moved to Altoona (1995), Johnstown (1982), Ligonier (1997) and Bedford (2018). SAMA now has a permanent collection of 5,000 works across all locations featuring nationally-recognized artists such as Will Barnet, William Baziotes, Albert Bierstadt, Mary Cassatt, Walt Kuhn, Thomas Moran, Gilbert Stuart, Thomas Sully, and Andy Warhol.

SAMA's location in Ligonier opened in the fall of 1997. Since then, more than 100,000 visitors have attended more than 50 exhibitions at the Museum. These exhibitions have highlighted local, regional, and national artists, and included juried shows for professionals and students. Additionally, the Museum is home to the Walter Carlyle Shaw Paperweight Collection, and showcases these beautiful, unique works of art spanning 150 years in changing exhibits. Elizabeth Shaw Gamble donated the collection of 169 glass paperweights to SAMA in 1992 in memory of her father.

SAMA-Ligonier is located in an historic house along Route 711, just down the road from downtown Ligonier. The Museum's exhibits extend outdoors with beautiful gardens and the Donald M. Robinson Sculpture Park, named in memory of a photographer from Altoona who has much of his work housed at SAMA.

SAMA received accreditation from the American Alliance of Museums (AAM) in 1996 and has been a partner of the Pennsylvania Council on the Arts (PCA) since 1998.