Established in 1980 on the campus of the University of Nebraska-Lincoln, the Lester F. Larsen Tractor Test & Power Museum preserves the rich history of Nebraska's Tractor Test Law--passed by the Nebraska state legislature on March 13, 1919. The museum's collection consists of approximately 40 antique tractors, including a John Deere 820, Fordson 1920, and many more. 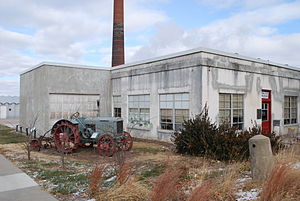 "Nebraska Tractor Tests Since 1920" by Charles H. Wendel-- See the link below for more information. 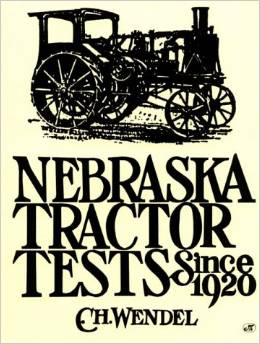 About
Nebraska's tractor test law was passed in the spring of 1919 by the Nebraska state legislature to ensure that tractor performance met or exceeded advertised claims. Farmer and legislator Wilmot Crozier began the push for the law after buying a Ford 8-16 (not associated with Henry Ford) that failed to meet advertised torque and horsepower specifications. The tractor was advertised to pull three plows at once, however Crozier and the Ford 8-16 could only muster one plow.

The ensuing legislation mandated that tractor manufacturers enhance the quality of the machines they produced and established a testing facility on the campus of the University of Nebraska-Lincoln. Quality control tests were performed at the site until 1980 when the testing center moved to a nearby facility. The original facility was thereafter designated a historic landmark by the American Society of Agricultural Engineering and in 1998 became a museum.

The museum was named in honor of Lester F. Larsen, who served as the facility's chief engineer from 1946-1975. Larsen began collecting testing equipment and antique tractors in hopes of preserving the development of agricultural technology. Larsen began the movement to preserve the original testing facility, initiated the development of the Antique Farm Equipment and Machinery Commission, and helped establish a non-profit foundation in 1994 that made the museum a reality.