A fine example of Georgian Revival architecture, the former Hotel Capital building remains an important landmark in Lincoln. The stately downtown structure was built in 1926 and is now an apartment building. Eleven stories tall, the building features a brick exterior, limestone and concrete trim, Ionic pilasters, classical window surrounds, quoins, urns and panels. The hotel is also significant for providing affordable short and long-term lodging for several decades. The hotel operated through the 1960s and later served as the home of the local YMCA along with office space and apartments. Hotel Capital was added to the National Register of Historic Places in 1983.

The former Hotel Capital was built in 1926 and offered affordable lodging for several decades. It is a fine example of Georgian Revival architecture and was listed on the National Register of Historic Places in 1983. 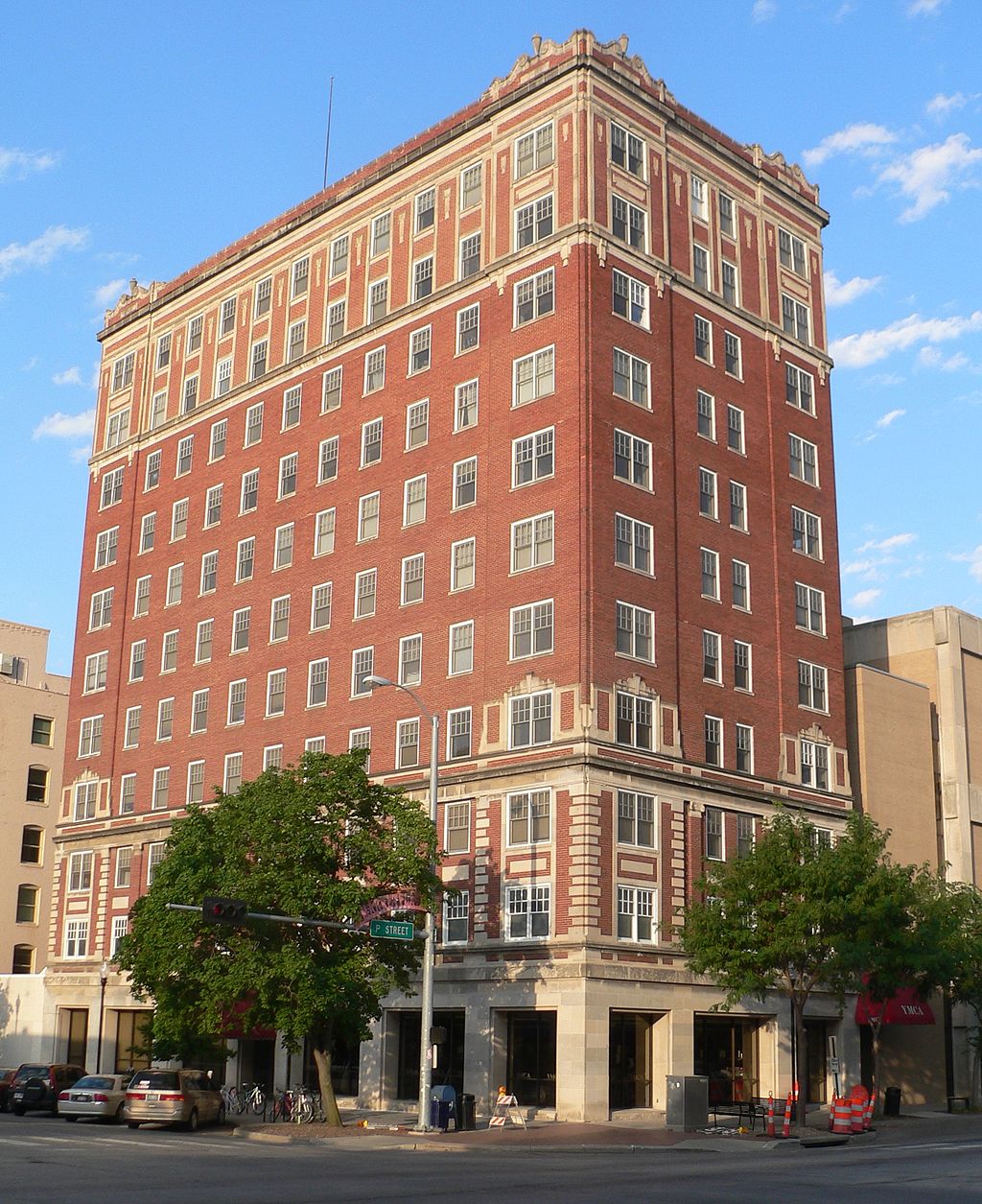 When the hotel opened on May 19, 1926, it offered 200 guest rooms and modern amenities. The new hotel was praised in the local papers for adding to the city's skyline. The completion of this hotel was part of a pattern of growth for Lincoln, and less than two months after Hotel Capital opened, the Cornhusker Hotel, was completed and also featured the Georgian Revival style. That building remained a centerpiece of Lincoln until its demolition in 1981. Both hotels were also announced around the same time, which prompted the builder of Hotel Capital to try to stall the construction of the Cornhusker Hotel. He offered to pay whatever amount necessary to delay its construction start for two or three years. His effort failed.

In 1962, a local resident Bennet S. Martin bought the hotel. In 1966, he and his wife donated it to the local YMCA, which converted many rooms to offices and recreational use. The YMCA kept 144 rooms and continued to operate the hotel. By the early 1980s, the hotel was no longer profitable and the YMCA hired the current owners, the Arter Group, in 1982 to help decide the future of the building. They agreed that the YMCA would keep the first two floors sell the remaining floors to the Arter Group, which converted them to apartments.