The structure at 816 P Street was built in 1884. Known as the Veith Building, the two-story brick building is one of the oldest commercial buildings standing in Lincoln. Originally, the building was used as a grocery store by the Veith family. The ground floor has been the site of a number of restaurants and now is occupied by Tavern on the Square bar. The upper floor was used as a dance studio in the 1980s; the second story currently houses Bridgepoint Investment Banking's local office. The Veith Building was listed in the National Register of Historic Places in 1980 for its outstanding example of Victorian commercial architecture in Lincoln.

2012 photo of Veith Building by Ammodramus 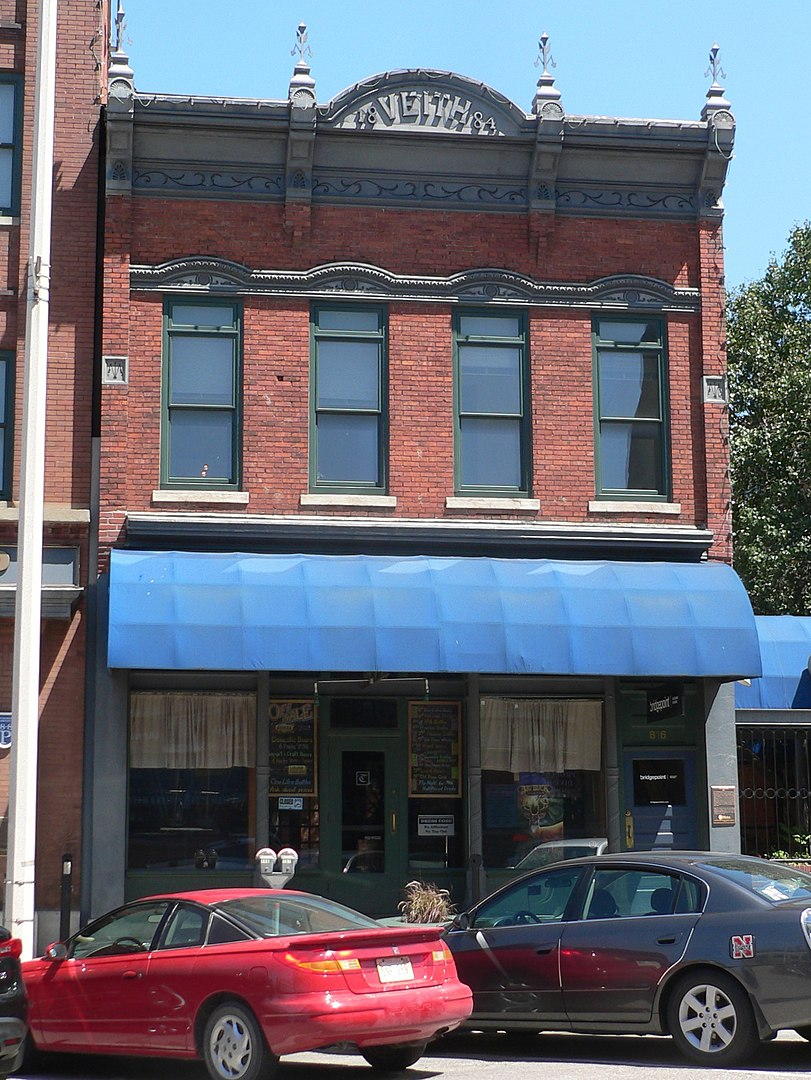 The Veith Building has been a part of downtown Lincoln since 1884. It is one of a number of nineteenth-century buildings surviving in its map square, called the Haymarket Square. Cast iron and pressed metal detailing are the architectural features that are most distinctive in this red brick building. The brick pilasters feature sheet metal decorations on the ground floor, with two doorways and a cast iron lintel above. The sheet metal cornice is decorated with a frieze in a leaf motif and is topped by four finials; a semicircular central pediment reads "Veith" and "1884." The second-story windows are decorated with metal arches above and stone lintels below. Columns in the basement help support the structure. The side walls are not tied into adjacent buildings. Modern lettering on the second story's front façade reads "bridgepoint" for the boutique investment banking offices it holds.

The Haymarket General Store and The Crescent Moon are among the businesses that have occupied the ground floor. The Tavern on the Square has been around since July 10, 2010 and is mainly a locals bar. The Tavern features food and drink indoors and on an outdoor courtyard with a few tables and fire pits, and trees decorated with lights. The bar has daily specials (Sunday is flip night - half price if you win a coin toss) and special events/ games. The owner, Matt Taylor, has said that the bar is dog-friendly "as long as you're cool and your dog's cool."