This water fountain was one of over 100 donated to communities around the country between 1906-1921 by an organization called the National Humane Alliance (NHA), which was dedicated to the humane treatment of animals. The fountains were meant to foster this ideal by providing water to horses and other animals. The NHA donated this fountain to a local organization, the Humane Society, in 1908. While no longer in its original location, it still operates today. It is about six feet tall and features a large bowl, four small bowls at the bottom, and four lion heads with water spouts.

The Humane Society Fountain was donated to the city by the National Humane Alliance in 1908. It was one of over 100 water fountains that the Alliance donated to communities around the country in the early 1900s. 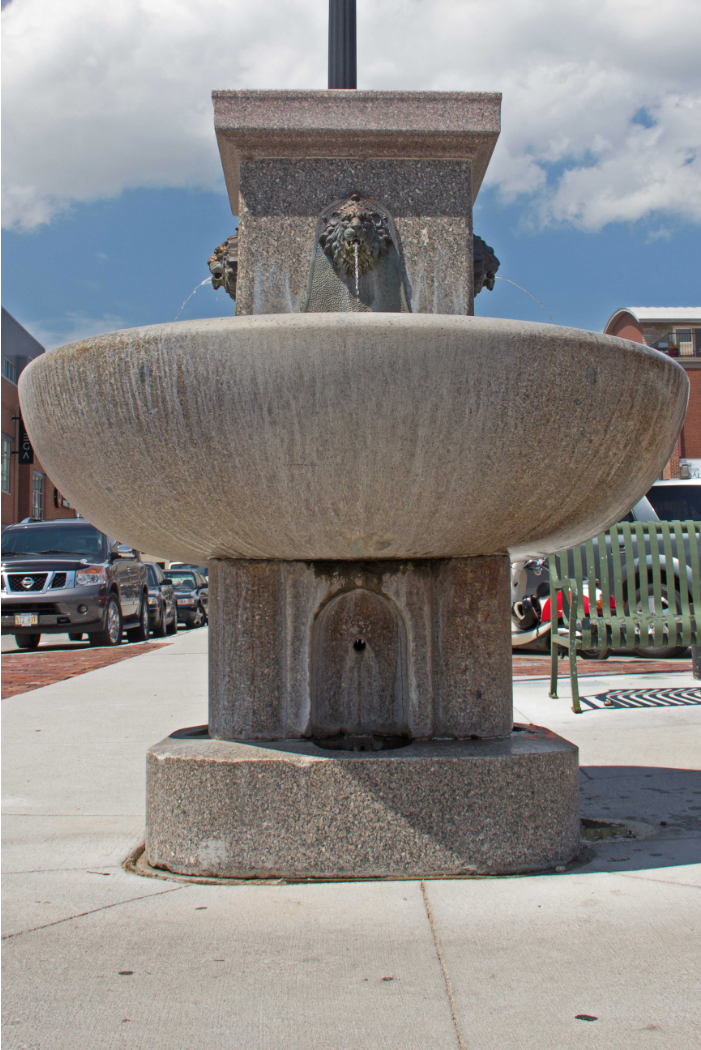 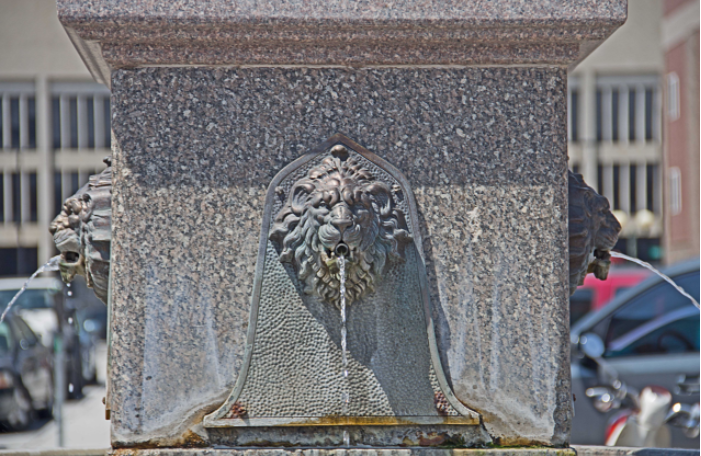 The NHA was founded in 1897 by successful advertising executive and inventor Hermon Lee Ensign. He was born in Carbondale, Pennsylvania in 1849 and as a child developed his love and respect for animals. In the 1870s, he became manager of a weekly journal called the Alliance, which published religious and humanitarian articles. He then entered the advertising industry and pioneered the use of heading reading advertising. Lee also invented the stereotype plate with a removable base. He amassed a sizable fortune by the late 1890s and decided to establish the NHA to educate people on the importance of treating animals well and each other. He published a series of illustrated stories to promote this idea. Providing the water fountains was another project of the NHA. Lee died in 1899 and was not able to see this plan come to fruition but he willed his fortune to the effort.

In Lincoln, the Humane Society was founded in 1907 and one of its aims was to acquire a water fountain for the city. However, it took two years for it be installed. The city council approved the fountain in April 1907 but did not select a site. Finally in April of 1908, the city announced that the fountain would be installed on 15th Street between M a N Streets. Not everyone approved the location, however, and the project was taken to court, delaying the installation. In the coming months, other sites were proposed but were rejected. In May 1909, a site still had not been chosen, prompting a representative of the NHA, Mr. Seaver, to come to Lincoln to understand why. Seaver threatened to take the fountain and give it to Omaha, Nebraska if Lincoln didn't install it soon. The visit finally compelled the city to act and the fountain was installed on M Street between Eight and Ninth Streets. The idea of acquiring another fountain was floated in 1910 but that never came to fruition.

Eventually, the fountain became an obstacle in the street as cars became more prevalent and was removed. It is unclear what its status was after that but it was reinstalled at its current location in 2006.

"The history behind Vicksburg fountain in need of restoring." The Vicksburg Post. June 23, 2020. https://www.vicksburgpost.com/2020/06/23/the-history-behind-a-vicksburg-fountain-in-need-of-restoring.

Both images via the Lincoln Arts Council: https://publicart.artscene.org/public-art-inventory/humane-society-fountain/