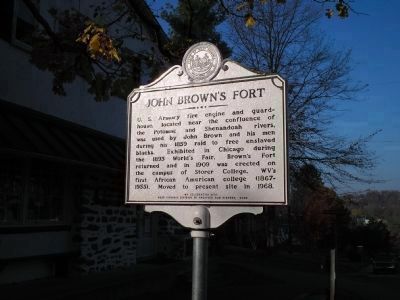 John Browns Fort which is currently a U.S. Armory engine and guard-house that is at the convergence of the Shenandoah and Potomac Rivers. In 1859, John Brown and his men used this fort to attempt to free the slaves of the area, his attempt was unsuccessful but brought national attention to the area of Harpers Ferry and raised tensions around the topic of slavery.

Built in 1891, the Gibson-Todd house was designed by the architect Thomas A. Mullet. While the building has gotten attention over the years, the site is better known for being the place where John Brown was hanged following his trial. John Thomas Gibson was the first occupant of the house after it was completed. His granddaughter, Frances Prakette, married Augustine J. Todd and donated the house to the National Trust for Historic Preservation.