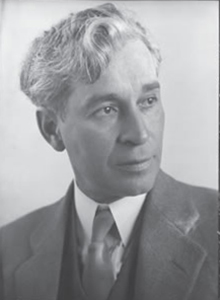 The nine-thousand-square-foot Spanish Colonial Revival Pedro de Lemos House (also known as Hacienda de Lemos and Waverley Oaks) was built from 1931 to 1941 for Pedro Joseph de Lemos. Director of the Stanford University Museum of Art from 1918 to 1947, de Lemos enjoyed success as a painter, printmaker, illustrator, and architect.

Pedro de Lemos (1882–1954) attended the California School of Fine Arts, the San Francisco Institute of Art, and the University of California. His academic pursuits did not include a formal study of architecture, yet his designs have enjoyed a lasting legacy in the Palo Alto region, including his own Hacienda de Lemos home. That it took ten years to finish demonstrates the passion for which Lemos had for art and design, including in the building of his own home.

De Lemos was born in Austin, Nevada, but raised in Oakland, California. In addition to the previously mentioned education, he also studied at the Art Student's League and Columbia University with such lauded figures as Harry Stuart Fonda and Emile Gremke. In 1913, he accepted his first teaching position as a professor of design at Cal. As well, he worked as an illustrator and designer and began teaching classes in decorative design and etching at the San Francisco Institute of Art, where he became director in 1915. In 1918, Stanford University Museum and Art Galleries invited him to become its director; he accepted the position and remained there until 1947.

His influence reached beyond the walls of Stanford, where he added to teaching duties and editor-in-chief of the School Arts Magazine to his responsibilities as director of the museum. As, editor–in–chief, he provided graphic instructions to 45,000 teachers in Native American and Colonial arts and crafts, which consequently revolutionized art education in America's classrooms.

De Lemos did not just teach art, though. The Corcoran Art Gallery in Washington, D.C., the Art Institute of Chicago, and at the San Francisco Exposition of 1915 all displayed his work. And, he gained fame locally as an influential architect. In addition to his home, he designed several prominent buildings in Palo Alto.