This marker was dedicated in 1986 thanks to the efforts of local historians and civic organizations. 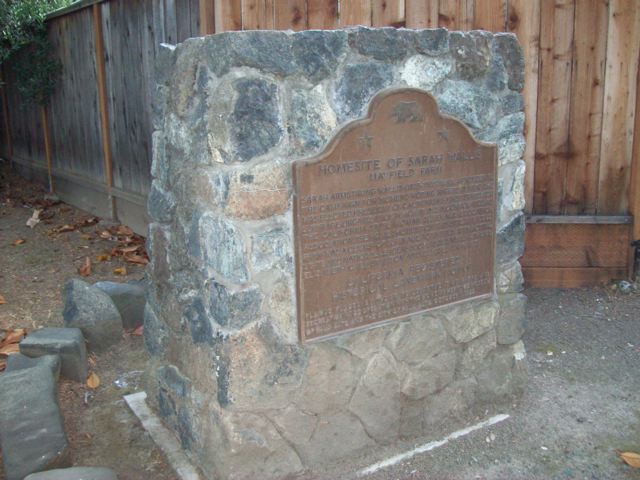 After the economic depression known as the Panic of 1873, Wallis and her husband sold their farm and lived at a cottage at Ash Street and Grant Avenue, which is now a park. 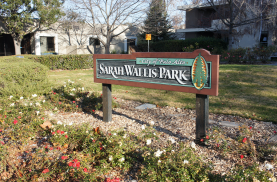 The historical marker claims that Susan B. Anthony and Elizabeth Cady Stanton visited this site. As demonstrated by the work of local historian Steve Saiger, this claim may be misleading as Wallis was forced to sell the farm in 1875. Wallis continued to live in the area and she did host meetings attended by local women who were active in the community. Although it misleading to label all who attended these meetings "suffragists," these early women's rights advocates were interested in the question of how women might exert more influence in local affairs. This sentiment might seem conservative today, but was an important step in the leading women to challenge their exclusion from public life.

It is possible that national suffrage leaders called on Wallis at her home, but more likely that Wallis communicated with them via correspondence. Wallis died in 1905, and the Wallis home at Mayfield Farm was destroyed by fire in 1936.

The marker also claims that Ulysses S. Grant was a visitor to the Wallis home. While Joseph Wallis was a local judge, local historian David Woodburry and rangers at the Ulysses S. Grant National Historical Site have been unable to find firm evidence that Grant visited Palo Alto during his trip to San Francisco.