The Shaw Hammons House was built in 1854. It is the oldest extant home in the city of Anoka. The interior of this section contains two parlors, and a closet on the first floor, as well as and two bedrooms, two closets, and a bath on the second floor,” Hammons later expanded his personal interests to the local lumber industry as well as Anoka’s Boot and Shoe Manufacturing Company which endured as one of Anoka’s most significant enterprises during the 1880s. 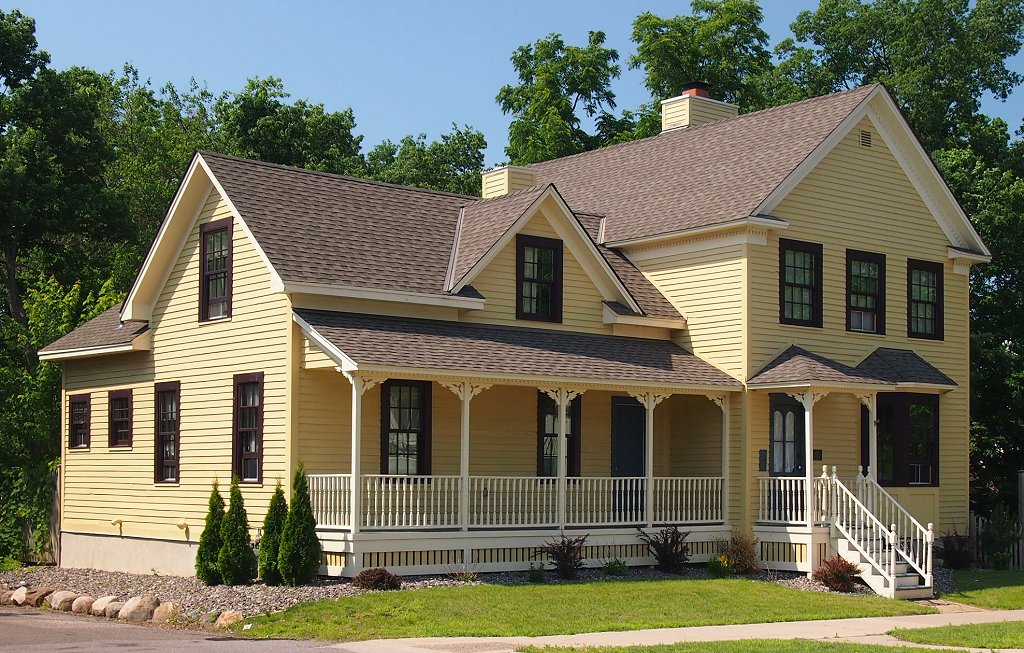 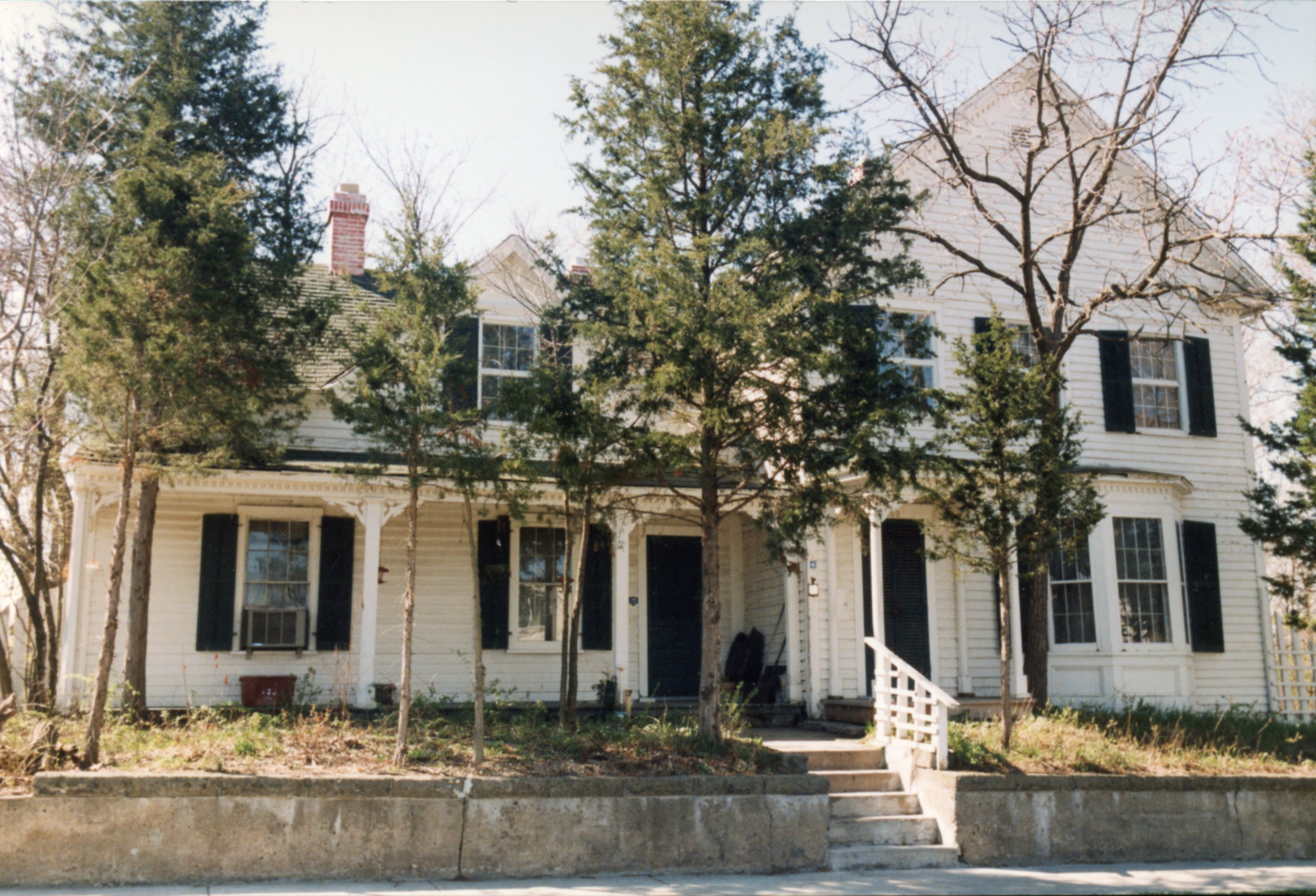 In 1854, Neil Shaw purchased and platted 160 acres with his three sons. The family developed the land, building their home of simple wood and clapboard siding while using elements of Greek Revival style architecture in its formal design. Crowned with a slightly pitched roof, the eaves are detailed as classical cornice while the returns at the gable ends, the shuttered front windows, and entrance resume the symmetry and grace of its style. Neil used the East section of his house as one of Anoka’s original stores fronts.

Ownership of the property changed hands many times. One of Anoka’s more prominent citizens, Weston Hammons, a transplanted attorney from Maine, purchased the home in 1870. That same year, Hammons added to the West section creating a two and a half story tall structure with a full basement, considered the main house now. Additional modifications involved remodeling the front façade, including the veranda, with turned posts and decorative spandrels, the space between two arches. “The interior of this section contains two parlors, and a closet on the first floor, and two bedrooms, two closets, and a bath on the second floor,” described the National Register application. Hammons later expanded his personal interests to the local lumber industry as well as Anoka’s Boot and Shoe Manufacturing Company which endured as one of Anoka’s most significant enterprises during the 1880s.

In 1883, Justice W. DeGraff, a railroad contractor and engineer, purchased the house for his wife and daughter. Their only child, Marie, soon developed a keen interest in gardening and flowers. It was no surprise that, when she inherited the home from her parents, she expanded her gardening talents. Under Marie’s care the south side of the narrow lot along the house became a prolific garden of brightly colored flowers and plants, many of which Marie bred herself. To supplement her income, Marie also gave piano lessons to the local children and was recognized as an accomplished artist.

When Marie moved to a senior care facility in 1965, the house changed hands once again to Darwin Follrath and his wife. Together, the two restored the home to its original 1870 configuration. By February 11, 1980, the home received an official listing on the National Register of Historic Places.

However, after the Follraths sold the home to a development company, it quickly fell into disrepair. The developers considered it too far gone to restore and attempted to demolish it in order to make way for a Senior Condominium, though city zoning and preservation ordinances prohibited it. With those plans effectively cancelled and the home listed on the “most endangered” list compiled by the Preservation Alliance of Minnesota, the developers sold the home to a private citizen whose time, money, and efforts eventually revived it to its original 1870 luster.

Turning Point: What began as a gem of Anoka, one of the stately homes built by the industrial barons of the 1800s, degraded to an endangered structure 100 years later. Fortunately the story ends happily today with new owners investing time and resources into the oldest home in Anoka.

1852: The Shaw-Hammons house is built by Neil Shaw in Anoka.

1883: Justice W. DeGraff, a railroad contractor and engineer, purchased the home and began renovating it to his liking.

1965: Darwin Follrath and his wife began restoring the home to its original structure.

1980: The house is listed on the National Register of Historic Places.

Todd Mahon visits 3 of the homes that will be on this year's tour: the Shaw-Hammons house (aslo known as the DeGraff house and the Follrath house), Ticknor Hill Bed and Breakfast, and the McIntire house at 624 Park Street.

Star Tribune. This old house gets a lease on life. www.startribune.com/this-old-house-gets-new-lease-on-life-but.../170123376/