The Swedish Evangelical Lutheran Church was originally built in 1872 as a simple, rectangular hall made of local pine. Over the years, the Swedish Evangelical Lutheran Church gained several additions, the most recent in 1947. Although the congregation now generally meets in another space, this building is still preserved in its original state, and used for special services throughout the year. 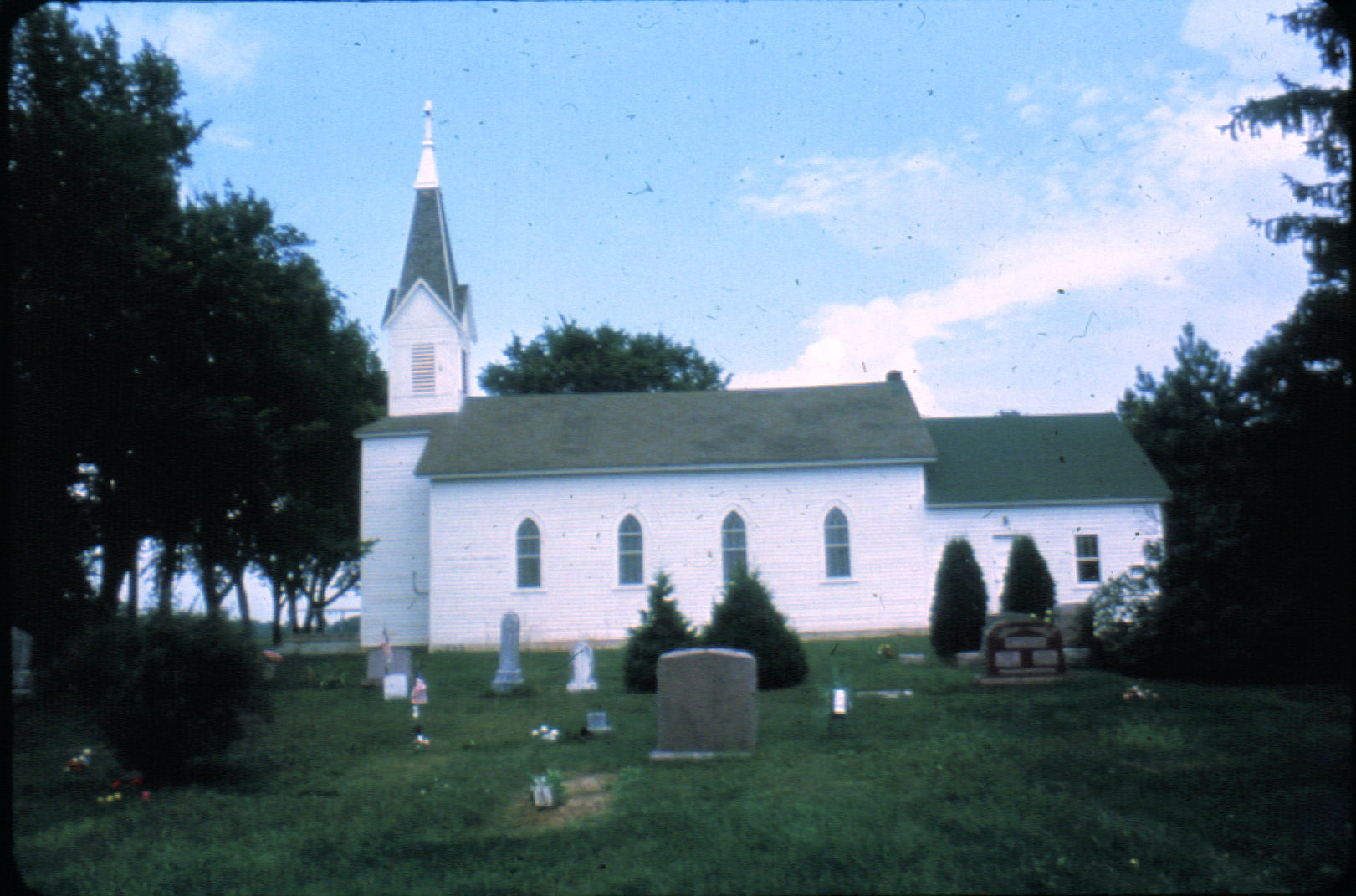 The Swedish Evangelical Lutheran Church is located in the north central portion of the city of Ham Lake, and has a cemetery around it. The National Register application notes that “its simple and restrained design is characteristic of Swedish Lutheran churches throughout rural Minnesota” and the Midwest. “The well-preserved exterior and interior of the church represent one of few such religious sanctuaries to remain in its original condition in Minnesota.”

Designed by the architect Per August Gustafson, the congregation constructed the church on land donated by Johan and Fredrika Magnuson following the deaths of their daughters, Alida and Emilia, from Typhoid fever. The family originally buried the two in the family’s front yard, but the girls were later disinterred and laid to rest in the church’s cemetery.

The church evolved through three construction phases, the first built by the congregation in 1872 using locally logged pinewood. The simple rectangular structure rested upon a stone foundation, and features “gables embellished with Gothic arched, stained glass windows, and corner pilaster strips.” Initially, this section of the church faced west, but with the help from a team of horses, the congregation later moved it to face north. Although the members completed the church structure, it lacked a designated pastor to lead the people who gathered there. Until that time, the congregation relied upon one of the other pastors from the nearby city of Anoka.

In 1891, an enclosed front entryway and bell tower were constructed on the church's front facade. Popular elements of the Victorian style used to build this entryway included “exposed stick work” and the “shingled spire on the bell tower.” A final modification was added in 1947 when the congregation had a one story gabled rear wing constructed to provide an extra space for a Sunday School room and sacristy. In 1964, the congregation moved to another facility, but kept this structure intact.

From the application: “The interior of the church, based on a simple, central-hall plan, is in excellent state of preservation and its interior furnishings, including the altar and pulpit, were

constructed by Swedish craftsmen at Reed and Sherwood Sash and Door Company of Anoka -- a firm noted for their quality of design.” Currently, members use the church for special occasions including Christmas morning, the Sunday morning before Memorial Day (celebrated as Founders' Day), and Wednesday evenings at 6:30 p.m. throughout the summer. These services, and the building’s upkeep, occur under the guidance of the congregation of Our Savior’s Lutheran Church of East Bethel, Minnesota, who own the structure. On January 23, 2007, the church received recognition on the list of National Register of Historic places due in part to how it reflects the changing architectural styles employed during the nineteenth and twentieth centuries.

Like many rural areas in the Midwest, one of the first buildings white settlers created was a church to help them maintain their cultural traditions. After servicing its congregation for many generations, the Swedish Evangelical Lutheran Church now receives reciprocal care by its members.

1872: Congregation builds the first rendition of the church and is served by a traveling pastor from Anoka.

1891: An enclosed front entryway and bell tower were constructed on the church's front facade.

1964: Congregation moves to new facility but maintains the old structure for ceremonial purposes.

2007: The church is placed on the National Register of Historic Places.

“The past mingles with present.” Anoka County Union, November 7, 1980.