The Leathers family played important roles in the development of St. Francis, Minnesota. This house, built by Henry G. Leathers, was started in 1883, then moved and completed in 1890. This stylish home located near the Rum River remains a significant example of Victorian architecture in Anoka County. It served as a home for the Leathers family who, for generations, contributed to the small, rural river town of St. Francis in countless ways. The rear of the house was the first section constructed in around 1883 and consists of “a two-story rectangular building with an attached one-story addition.” 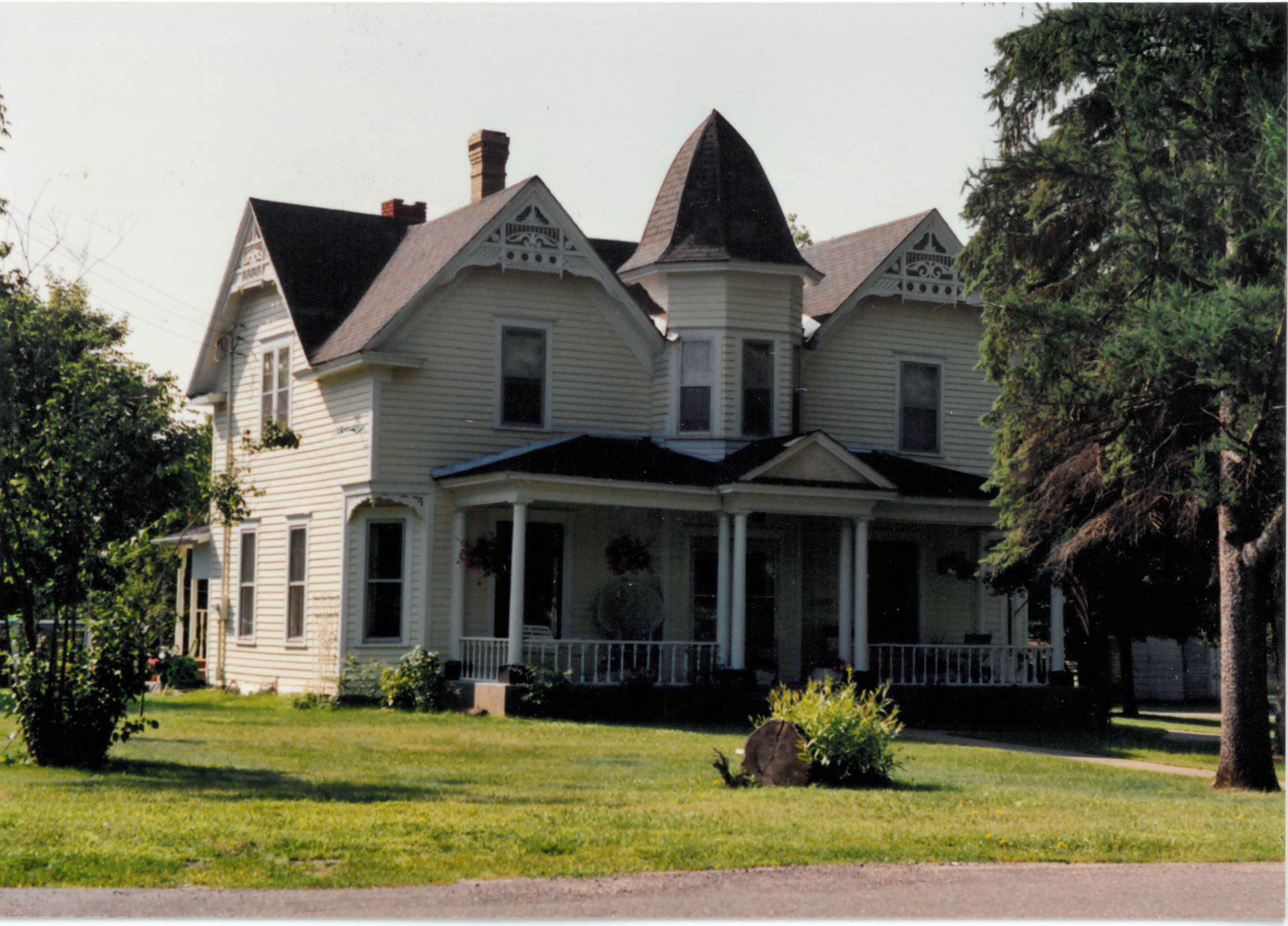 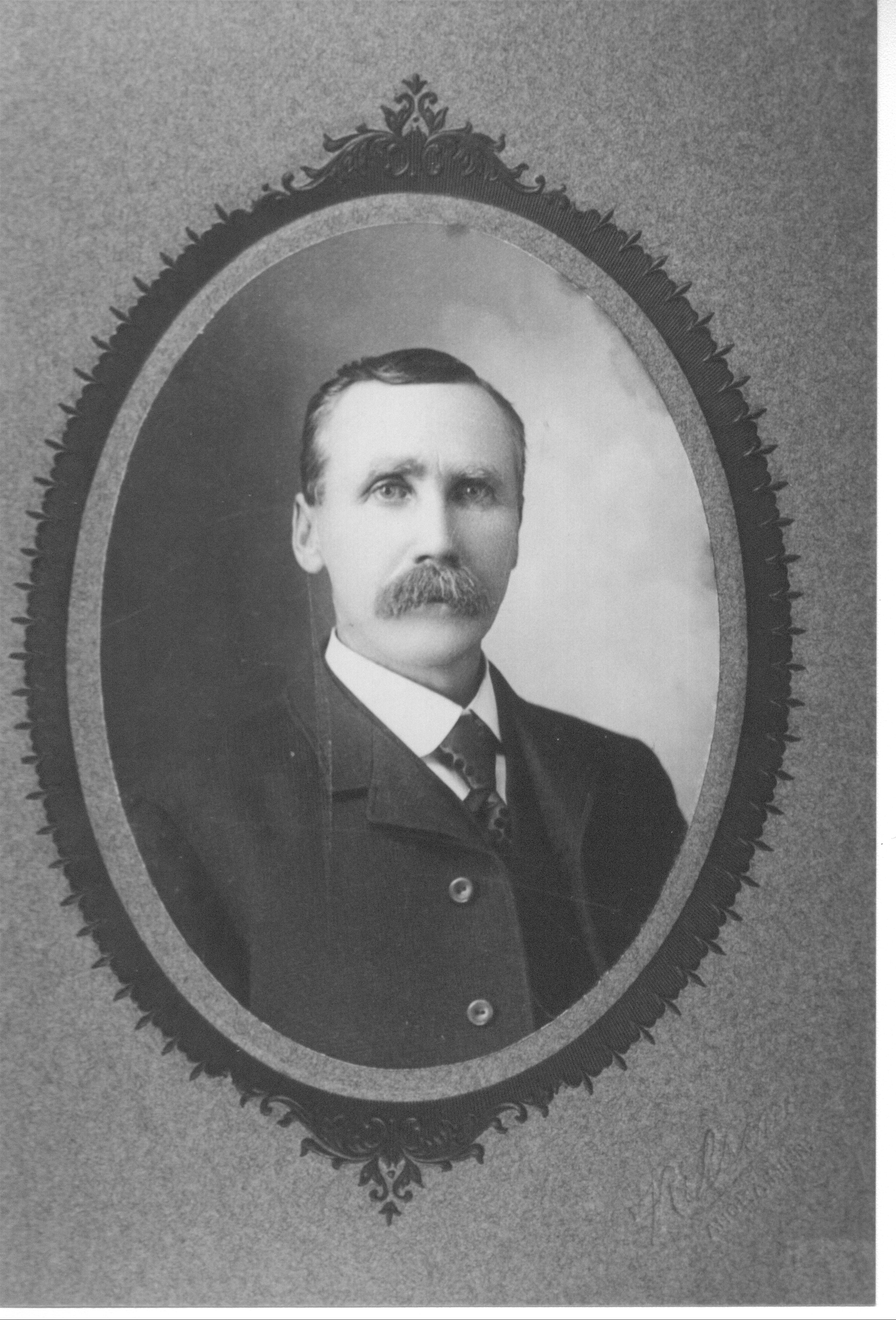 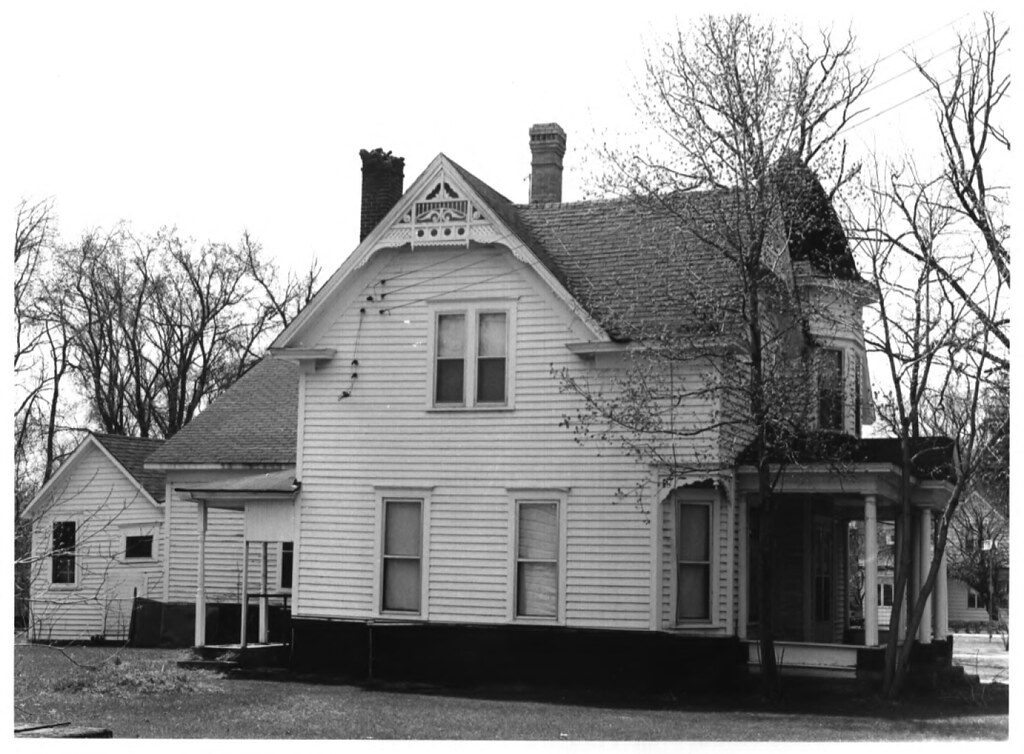 This stylish home located near the Rum River remains a significant example of Victorian architecture in Anoka County. It served as a home for the Leathers family who, for generations, contributed to the small, rural river town of St. Francis in innumerable ways. The rear of the house was the first section constructed in ca. 1883 and consists of “a two-story rectangular building with an attached one story addition.” Originally, this served as both a residence for the family as well as a store where they conducted their business.

In 1890, the family moved the structure to its present location closer to the river. That same year, the front west section of the home was added to the structure. According to the National Register of Historic Places application submitted in 1979, the “front façade, comprised of three bays and a two and a half story conical tower are flanked by steeply gabled two and a half story bays.” Each of the front gables feature elaborate fretwork, while a colonnaded veranda gives the home a sense of grace and poise. “Pilaster strips appear at each corner of the house,” the application notes. “The interior of this section contains a front entrance, two parlors, and a dining room on the first floor, while two bedrooms, a bath, and a formal landing fill the second floor.”Throughout the home the turn-of-the-century woodwork and hardware remains intact.

As late as 1979, the Leathers family maintained a long and deep connection to the area and contributed to the development of the town of St. Francis for three generations beginning with Henry G. Leather. Born on December 11, 1858 in Oak Grove Township, Henry opened a Dry Goods Store in 1882. He sold everything from soup to blasting powder and even peddled whiskey from a barrel located in the basement. Often, he traded firewood in exchange for his merchandise and generously extended credit to his neighbors until they could harvest and sell their crops. This family business moved to several locations and remained in operation until 1977. On September 19, 1888, he married Rose Barden. Over the decades, Henry served the community in numerous positions including: School Board Member, President of the Commercial Club, Charter Member of the M.W.A. Lodge, President of the St. Francis Starch Co., Manager of the Creamery and Canning Co., as well as being a registered pharmacist. The construction of St. Francis’ Methodist Church was due, in large part to their efforts. Beginning in 1904, he served as the town’s Post Master, a position he held until his death in 1932. He also became the community’s first car dealer in 1918, selling Fords and gasoline from an open tank located in the front yard. Henry and Rose had two children, Robert and Blanche, who remained in the community. Robert took up the position of Post Master from his late father and remained in that position until 1969.

The Victorian style house maintains a dual significance for its beautifully preserved architecture and its association with a family that has contributed to the commercial, social, and religious history of St. Francis for three generations.