The first bridge to span the Mississippi River between Champlin and Anoka opened in 1884. It was a spring bridge with the center section turning on a central pier, like a hinge on a door, to allow boat traffic to pass alongside the open bridge. It was 900 feet long with an18 foot wide roadway and was constructed of iron with a wood deck and rested on Kasota stone and granite piers. The bridge was reconstructed in 1998 As one of the only river crossings in the north metro and beyond. The Anoka Champlin bridge saw traffic volumes continue to grow each year. Highway 169 was a major gateway to the “lake country” of northern Minnesota, a popular weekend destination for city dwellers. 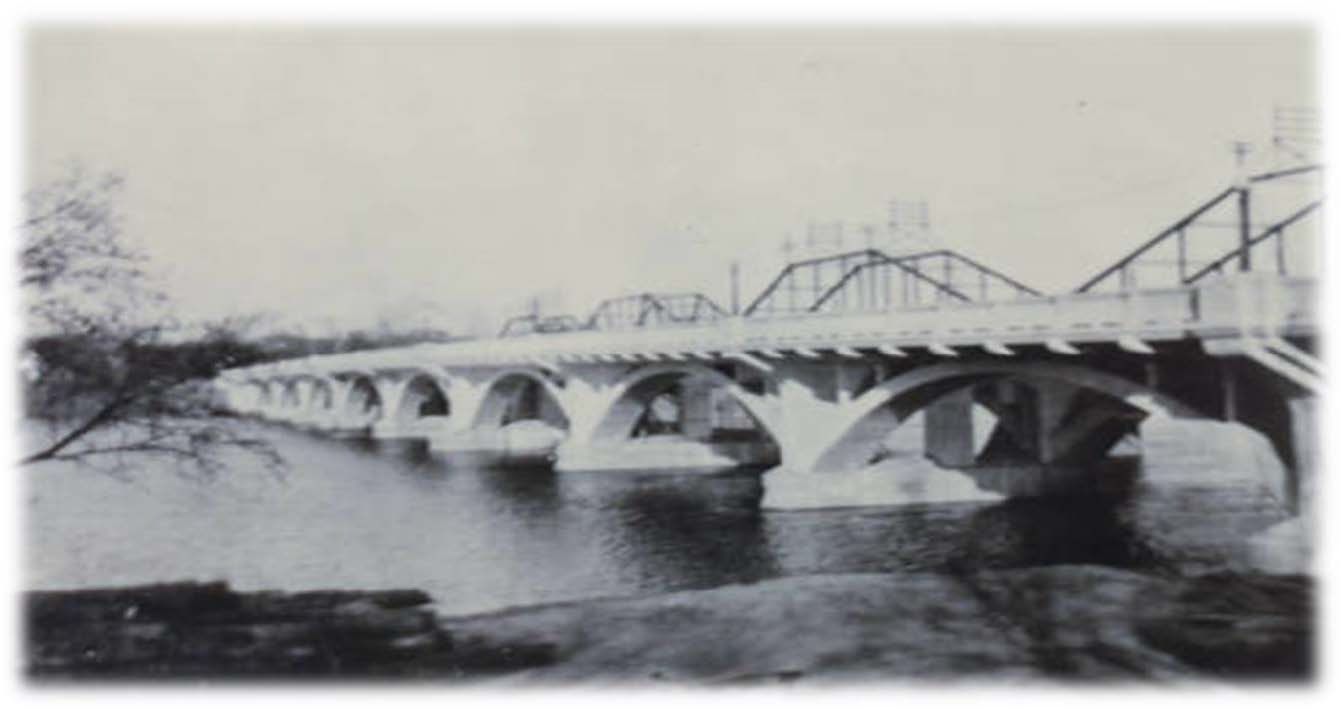 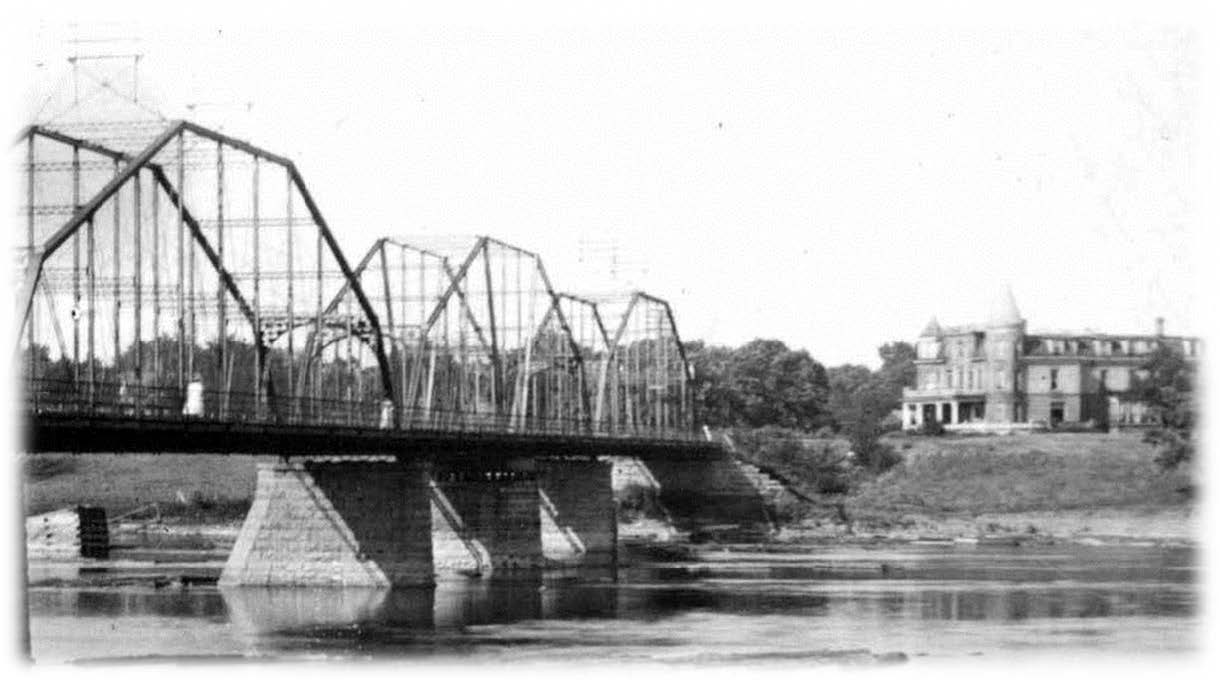 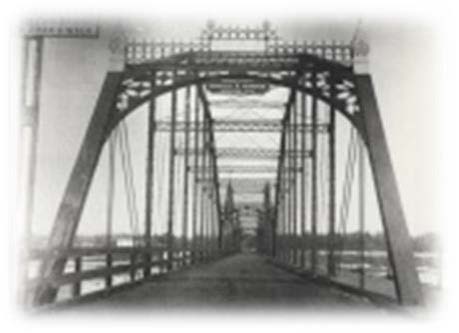 The bridge served horse and wagon traffic, but for safety reasons they could only cross at a walking pace.Fines of $5 or $10 were levied against those “speeding” across the bridge. The $115,000 cost of the iron bridge was divided between Anoka and Hennepin counties, the cities of Anoka and Champlin, and the state of Minnesota. The city of Anoka’s $30,000 share wasn’t paid off until 1924, 40 years after it opened.The Second Bridge -1929. By the 1920s, automobiles were replacing horses. The bridge could not handle the automobile traffic and the weight of the loaded trucks. River boats no longer traveled this section of river, so a bridge did not need to allow for their passage. It was decided that a new bridge was needed to accommodate the heavier automobiles. The old bridge stayed in service while the new bridge was built right next to it. Once the new bridge was finished, the old iron bridge was dismantled. Sections of the old bridge were moved north to cross the Mississippi again between Clear Lake and Clearwater. Though the cost of moving the bridge section was $30,000, it saved more than $50,000 for the new communities it served.

Bridge Reconstructed –1998 As one of the only river crossings in the north metro and beyond, the Champlin-Anoka bridge saw traffic volumes continue to grow each year. Highway 169 was a major gateway to the “lake country” of northern Minnesota, a popular weekend destination for city dwellers. A resurfacing project in 1971 replaced the bridge deck without changing the integrity of the bridge design. Traffic volumes continued to grow. In 1988, discussions began to surface about repairing, replacing, or reconstructing the bridge.In 1991, discussions turned to action as bridge reconstruction was scheduled and a temporary four-lane bridge. Traffic was rerouted onto a temporary bridge built beside the historic bridge. Then funding to restore the old bridge was lost and the project was put on hold and the temporary bridge remained in use. When funding was restored, the State of Minnesota contracted with the Edward Kraemer and Sons Company of Wisconsin to remove the old bridge deck down to the arches. In addition to making the bridge wider, the work included stabilizing the arches and replacing the decorative railing of the original design. The project managers took great care to insure the historical integrity of the bridge and its elegant arches were not compromised in the $8 million project. The rebuilt bridge was re-dedicated and opened to traffic in 1998 and the temporary bridge was removed as soon as the new bridge was open.

This bridge was part of a American program of concrete highway bridge construction that evolved around the Minneapolis/St. Paul area in the 1920s. During this era, the Twin Cities was a center for innovative bridge engineers to try their designs since the Minnesota and the Mississippi rivers provided many opportunities for bridge builders. By the 1940s, arched bridges were deemed too expensive to build and pre-stressed girders took their place in subsequent bridges across the nation. In 1980, the Anoka-Champlin bridge was placed on the National Register of Historic Places for its significance in both historical and engineering reasons. Historically, it represents a major river crossing that joined together two communities with long-standing commercial and economic links. It featured cutting edge technology in its design and construction with the graceful concrete curves of its open spandrel arches.Written by R.B. Johnson, 1998 Edited by John Cox, 2015