This building was completed in 1913 for the local chapter of the Benevolent and Protective Order of Elks (BPOE), a fraternal order that offered social opportunities for members and organized philanthropic endeavors. The Elks were founded in 1868 in New York City and the Bellingham chapter of the order occupied this building for several decades and played an important role in the city's social, cultural, and civic life. The structure remains a fine example of Neo-Classical Revival architecture and one of the more attractive buildings in downtown Bellingham. Notable features include an ornate cornice, white columns, and unique arched windows on the second floor. The interior has been significantly altered. For a time the building was home to an Italian restaurant. Its current status as of early 2020 is unclear but it has remained an important landmark in the city. The building was added to the National Register of Historic Places in 1992.

The historic B.P.O.E. Building was erected in 1913 and was the home of the local Elk chapter for several decades. 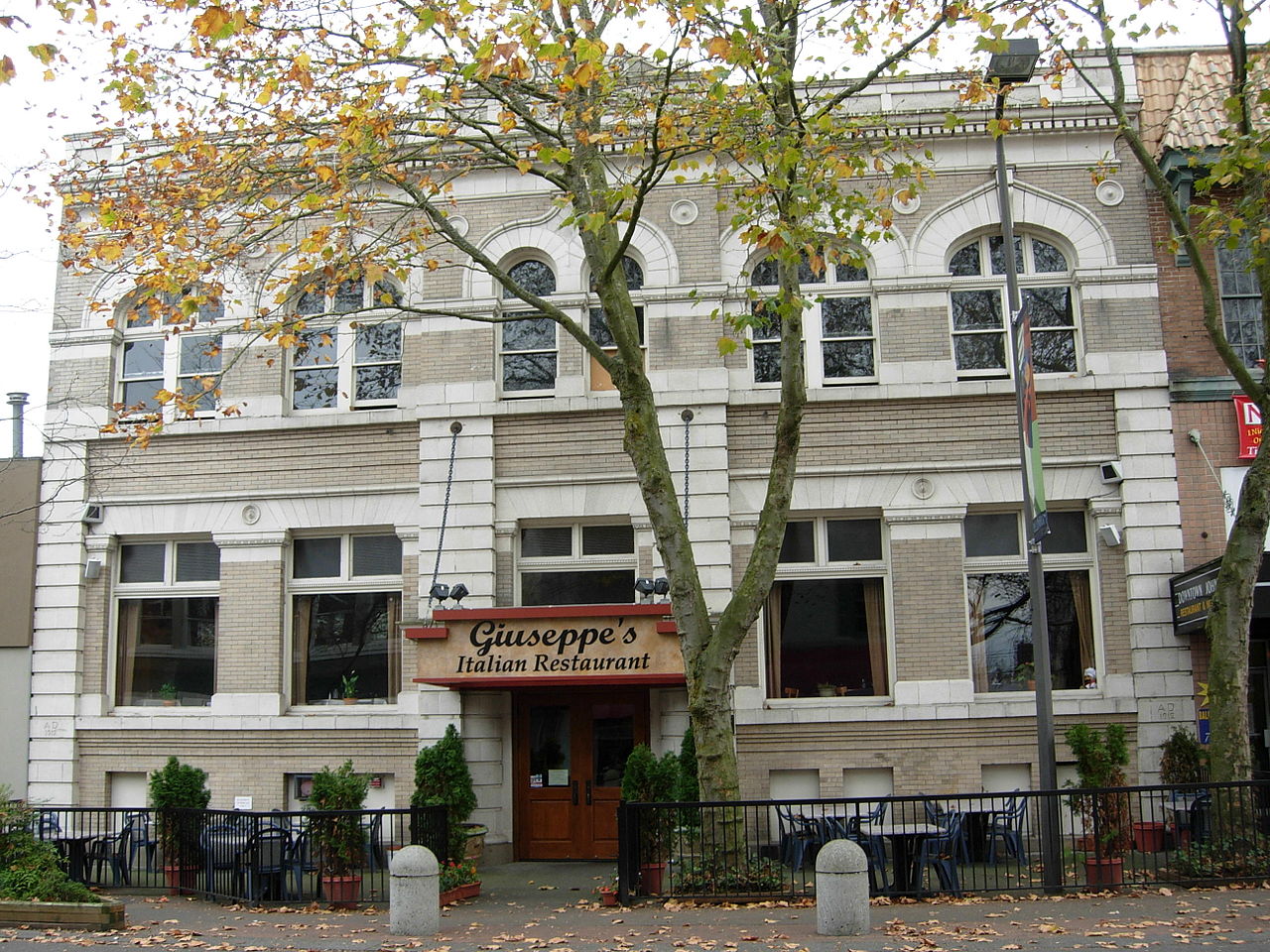 The BPOE and other fraternal organizations began to form in the late 1800s. Generally speaking, their primary purpose was to provide opportunities for leading men in the community to network and socialize. Over time, many adopted philanthropic, cultural, or social causes and also constructed their own local headquarters buildings that were often referred to as lodges, temples, or shrines. As the fraternal orders grew in size they transitioned from meeting in private homes to rented space to building their own structure and using part of the building for their space while renting the rest of the building out for income. When this building was completed, it was considered one of the most striking in the city. It was also built during in a period in which the city was experiencing significant growth.

The BPOE, whose members were important political and business figures, became one of the most influential organizations in Bellingham. The lodge's prominent location also contributed to the group's prestigious status. Its members participated in charitable, patriotic, and civic causes, and also supported youth activities. At the lodge, members did not only conduct official Elk activities, they could also participate in recreational activities including playing pool, bowling, and playing cards.

The Elks left the lodge in 1971 after they constructed a new building in the suburbs. The former lodge building has since been vacant or occupied by a variety of businesses including nightclubs and restaurants.