Now referred to as the Federal Building, the former U.S. Post Office and Courthouse is the finest example of Second Italian Renaissance Revival architecture in Bellingham. Built it in 1913, the three-story building features a sandstone facade, large arched windows on the Magnolia Street side, decorative stonework, two cast bronze lamps on either side of the main entrance, bas-relief medallions, an ornate cornice (the top edge of the walls), and a mission tile roof. Added to the National Register of Historic Places in 1979, the building still houses a post office as well as federal government offices.

The former U.S. Post Office Courthouse was built in 1913 and is the finest example of Second Italian Renaissance Revival architecture in the city. 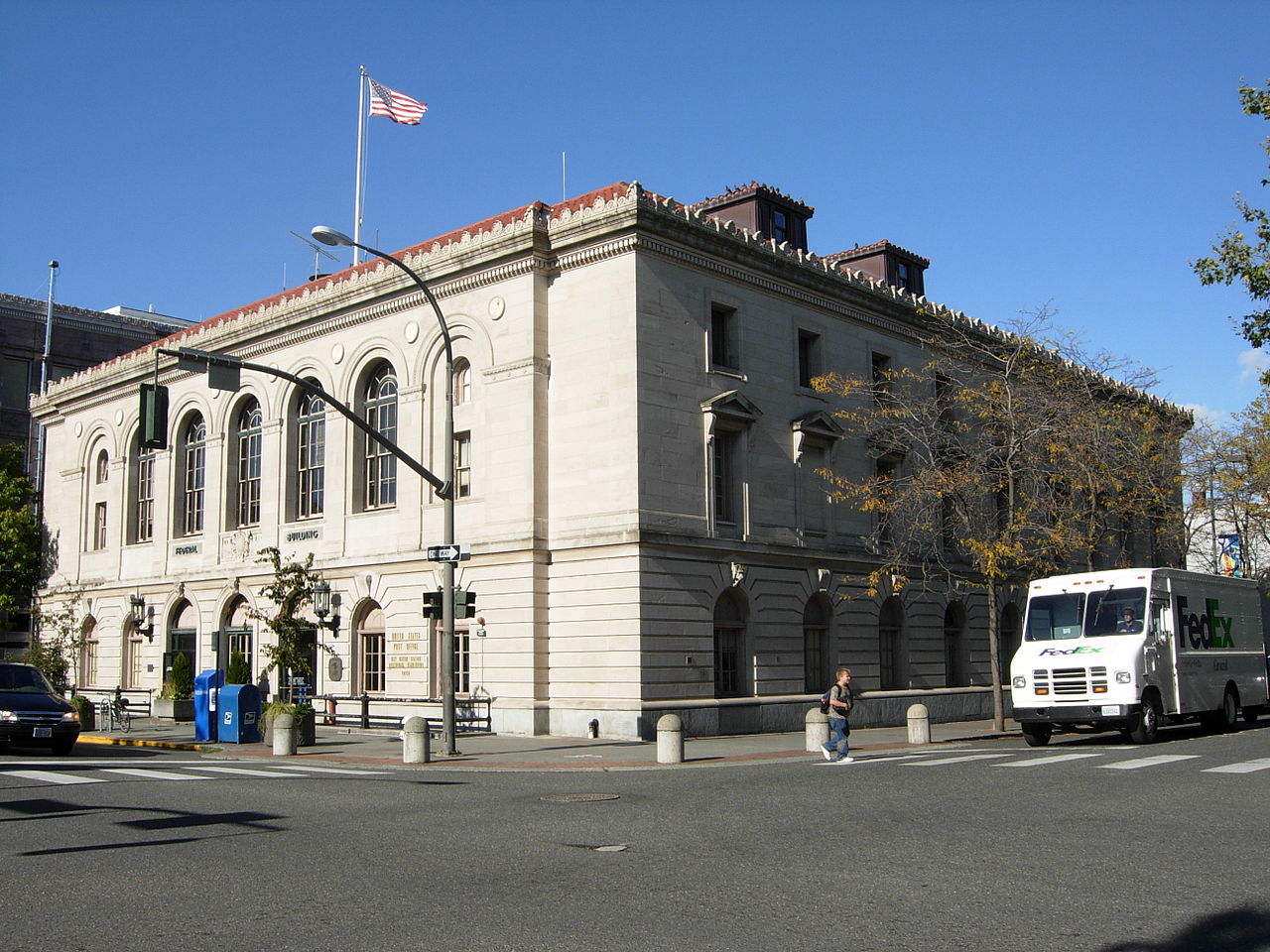 In the early 1900s, the nearest courthouse was all the way down in Seattle—85 miles away—which was impractical and inconvenient for local trials. As a result, in 1906, Congress appropriated funds to buy the property on which the old post office and courthouse stands. The land was purchased within the year or so but it took another few years for the work to get started. The property was and still is located in the heart of downtown Bellingham.

The building's design was likely inspired by the Boston Public Library, which was built in 1898 and designed by the well-known architecture firm McKim, Mead, and White. A branch of the U.S. Treasury Department designed and oversaw the construction of the building. Bellingham's postmaster, Hugh Eldridge, also had a hand in the design. For example, he demanded that the entrances be at sidewalk level, as opposed to at the top of a flight of steps which was common at the time (in fact, it is believed that the building was the only one of its kind in the country up to that point with the entrances at ground level). He argued that this made it accessible for older and physically handicapped people.

The main post office left in 1963 and the federal court moved to Seattle in 1975 (transportation between the cities had improved significantly by then).