Item 20 of 24
This is a contributing entry for Walking Tour of Historic Orange City and only appears as part of that tour.Learn More. 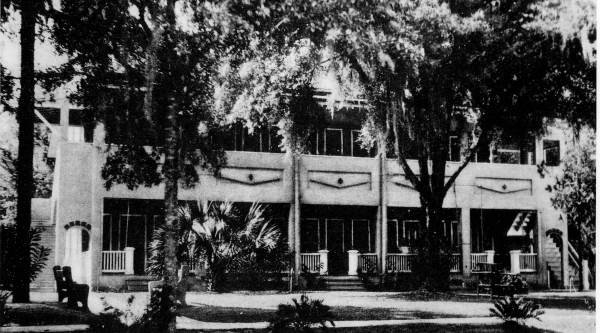 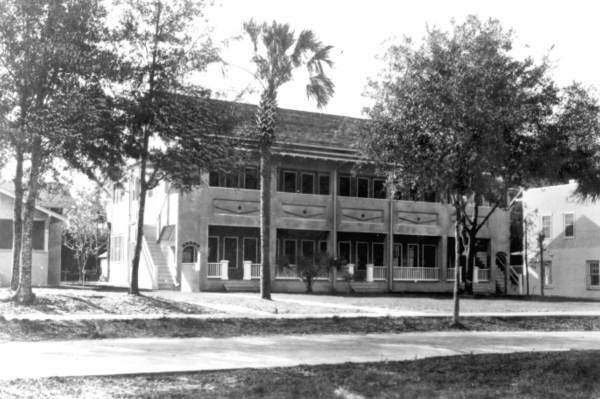 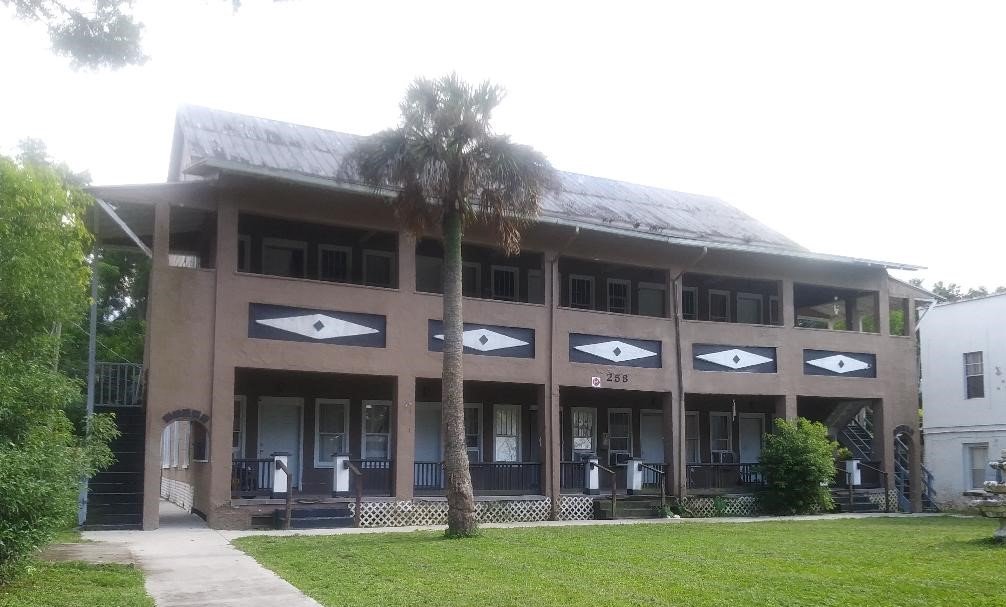 John Camac, a native of New Jersey, had a real estate office in Philadelphia for 38 years before he ventured to Florida's burgeoning land boom in1919. He opened a real estate office in Daytona Beach, while maintaining his office in Philadelphia. In Daytona Beach he developed the Fernwood Hotel and several business block on the peninsula's Main Street and financed the construction of the Florida Theater.

In 1926, Camac moved his office to Orange City where he built the Laverne Apartments from the then vacated Hall and Library. The apartment design was influenced by popular building techniques used in the Mediterranean Revival style, which began late in the nineteenth century peaking in the 1920's and 1930's. The characteristics of the Mediterranean Revival architecture is similar to Spanish Revival architecture with low pitched roofs with broad over hanging eaves and covered with red clay brick tile while the walls of the structures are usually always finished with stucco. Camac employed a stucco finish over the original wooden clapboard with decorative diamond emblems on the second floor balcony.

The building consists of two floors with ten apartments at the LaVerne each apartment had two rooms with a front and rear porch. Camac acquired the cities water company to insure fresh water to his hotel guests and apartment tenants this helped to expand the infrastructure of the water company.

J.P. Prettyman drafted the plans and supervised all the construction on Camac commercial buildings He also built six dwellings and did a renovation in Orange City for Camac. The house at 401 East Graves, the former home of John Camac is the house Prettyman renovated.