Completed in 1897, Atlanta's Flatiron Building was designed by New York architect Bradford Gilbert. Gilbert was a former student of renowned architect Daniel Burnham, who designed New York's Flat Iron Building, which shared the unique wedge-shaped design and was constructed five years later. Atlanta's Flatiron Building was the second skyscraper built in Atlanta and stands as the oldest standing steel-framed skyscraper in the city. Rufus Brown Bullock was one of the principal figures involved in the English-American Trust & Loan Company and had previously served as Georgia governor during the Reconstruction Era and sought better economic and political rights for African Americans. The KKK and other groups helped push him out of the state because he supported Reconstruction, but he returned years later and became a successful Atlanta businessman. 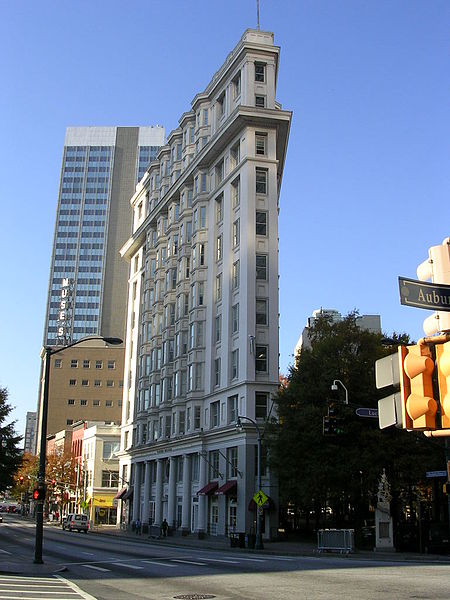 A historic postcard of the Flatiron Building 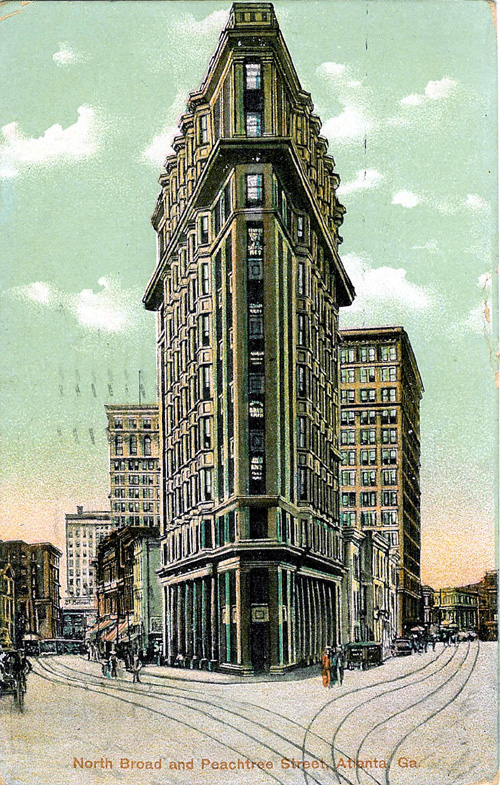 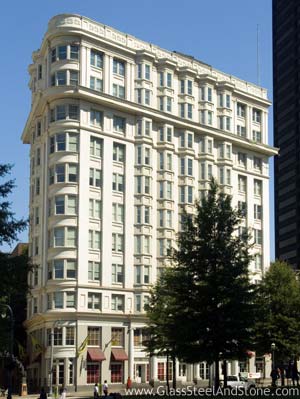 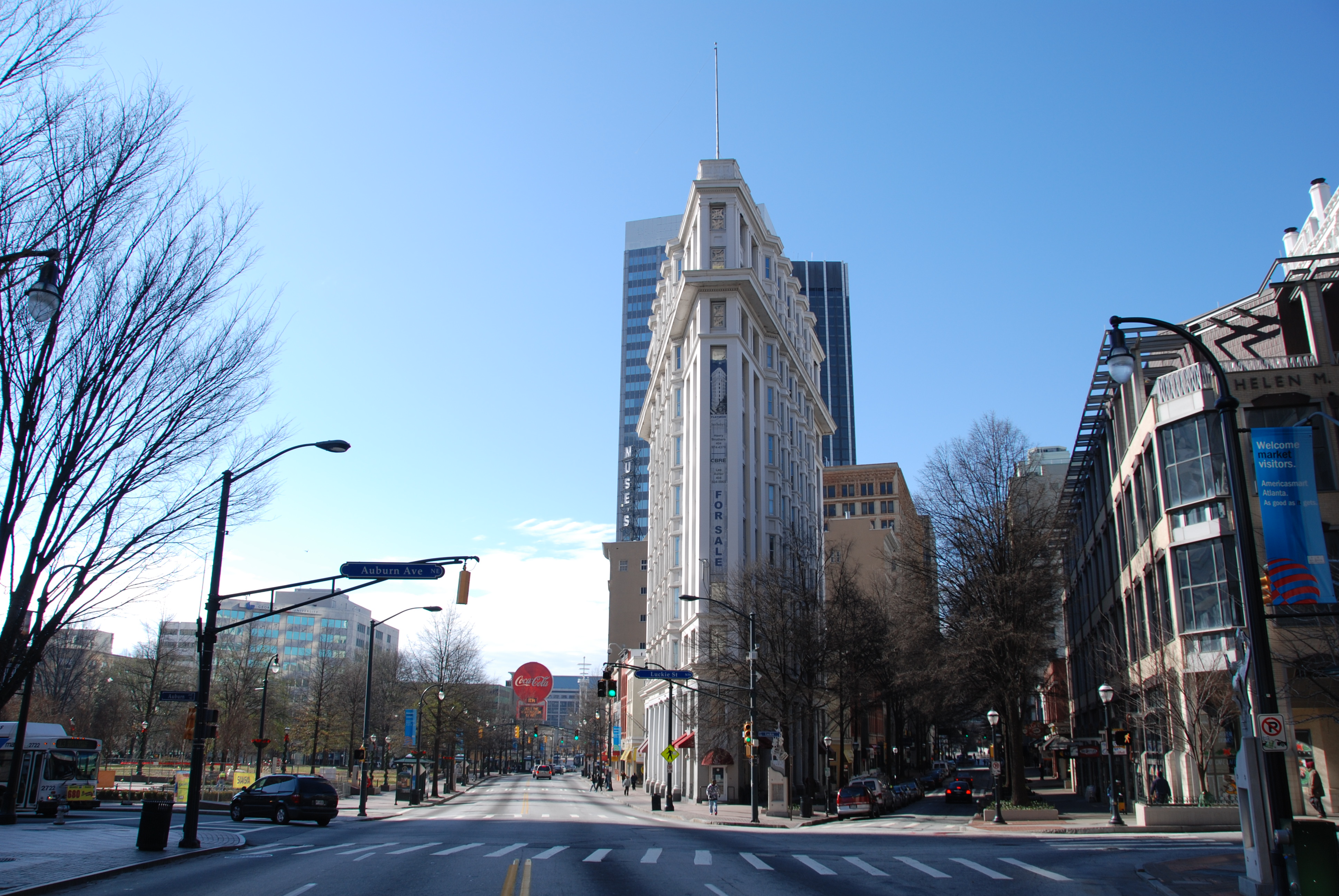 Rufus B. Bullock served as president of the English-American Loan & Trust Company, which points to the second chapter of his life in Atlanta, one for which he enjoyed success in the private business sector. The first chapter for Bullock, a northern-born businessman who had cooperated with the Confederacy, involved his stint as a Republican Governor (1868 - 71) during the Reconstruction, one that ended with his removal after enjoying the reputation as the "most hated man in the state." He ostensibly attempted to provide African-Americans with an abundance of rights; the Ku Klux Klan led a movement to force him out of office. But, he did recover well and not only worked for the trust company but served as president of the Atlanta Chamber of Commerce and master of ceremonies at the Atlanta Cotton States and International Exposition in 1895.

The English-American Building name lasted until 1910 when the building became known as the Empire Life Building. The name changed again in 1916 when the structure was known as the Flatiron Building. In 1920, the Georgia Savings Bank and Trust Company purchased the building and remained its owner for nearly half of a decade, and then it changed hands again, which has been its ultimate story over time. Today, the building is known as Flatiron City and is the home to numerous businesses -- many of which are associated with technology. Thus, by looking at the history of Atlanta's flatiron building, one can view several chapters of the city's history, from Reconstruction to the 21st Century.

It is open to the public during normal business hours.