The Candler Building is a seventeen-story structure commissioned by Coca-Cola founder and executive, Asa Griggs Candler, and was completed in 1906. The building remained the tallest structure in the city until 1954. "Candler Investment Co. 1904 Geo. E. Murphy Architect" is inscribed on the building's cornerstone and the structure is listed on the National Register of Historic Places. The building continues to serve as office space.

The Candler Building was erected in 1906 and remains one of the more striking buildings in the city. 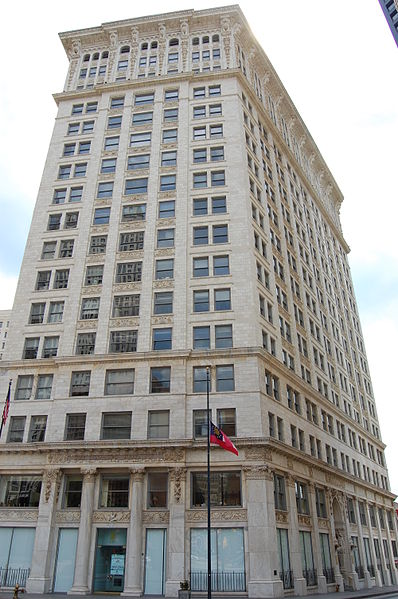 Historic Postcard of the Candler Building 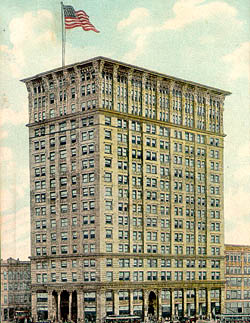 The building is significant for its architecture, as it was meant to be a work of art in its own right and a monument to one man, Asa Candler, who spared no expense. To this end, the building's exterior features elaborate detailing and is adorned with numerous sculptures. Inside, the floor plans were designed for various professions including doctors, surgeons, dentists, and bankers. Six elevators, duplicate air conditioning and electrical systems were installed (to serve as backups), and there was even a barbershop.

The Candler Building served as the headquarters of Atlanta's Central Bank and Trust Corporation, a bank founded by Candler in 1906, until 1922 when it was absorbed by Citizens & Southern National Bank.