Founded in 1795, First Presbyterian Church is home to the oldest congregation in the city. The church building was constructed in 1853 and is a striking example of English Gothic architecture. It features a reddish-brown stucco exterior, shouldered buttresses topped with pinnacles, arched stained-glass windows, and battlements along the top of the exterior walls. The most impressive feature is the spire, which reaches a height of 188 feet. The church grounds include a few other buildings as well as a graveyard.

First Presbyterian Church was built in 1835 and is listed on the National Register of Historic Places. It is home to the oldest congregation in Columbia. 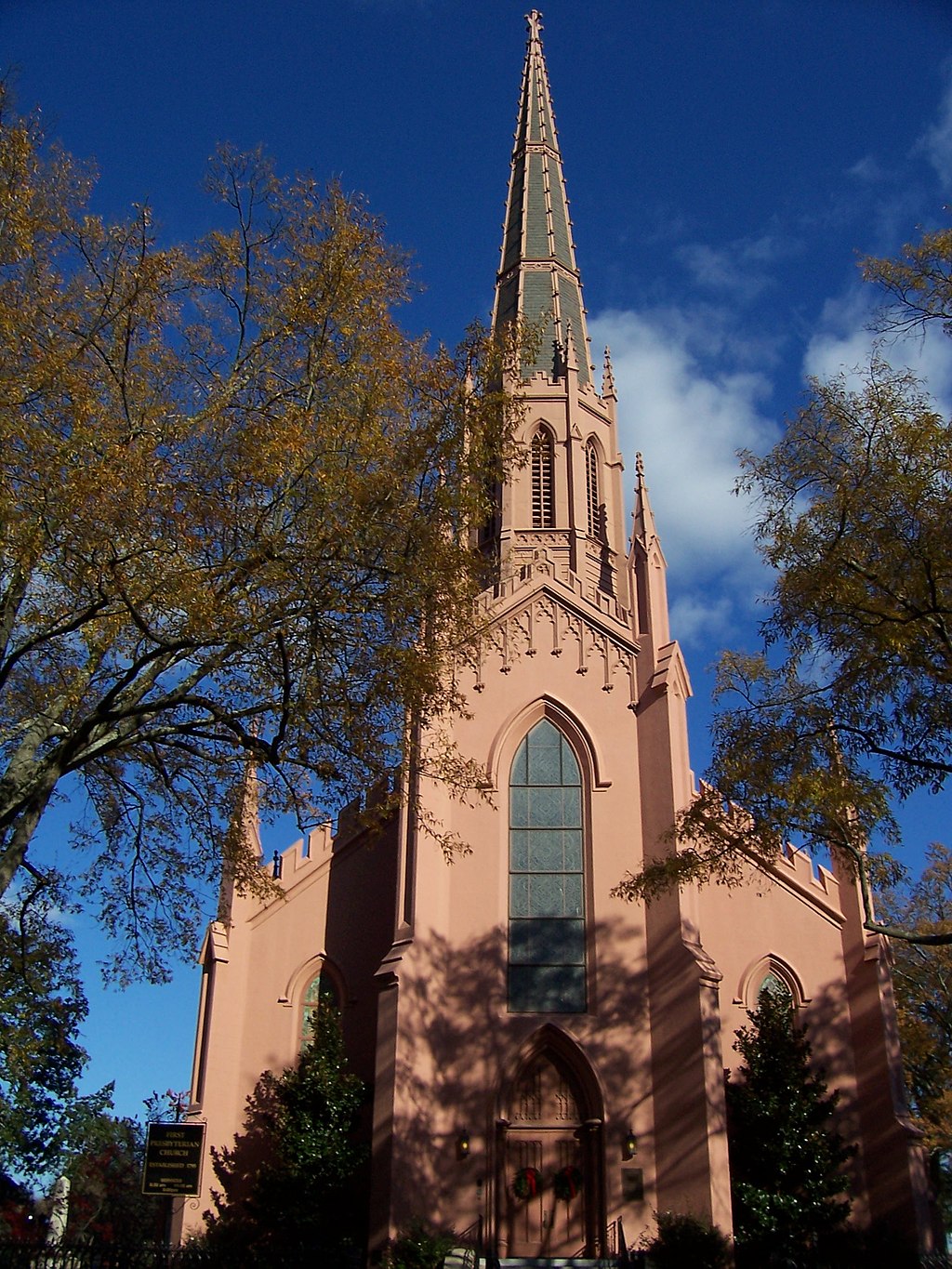 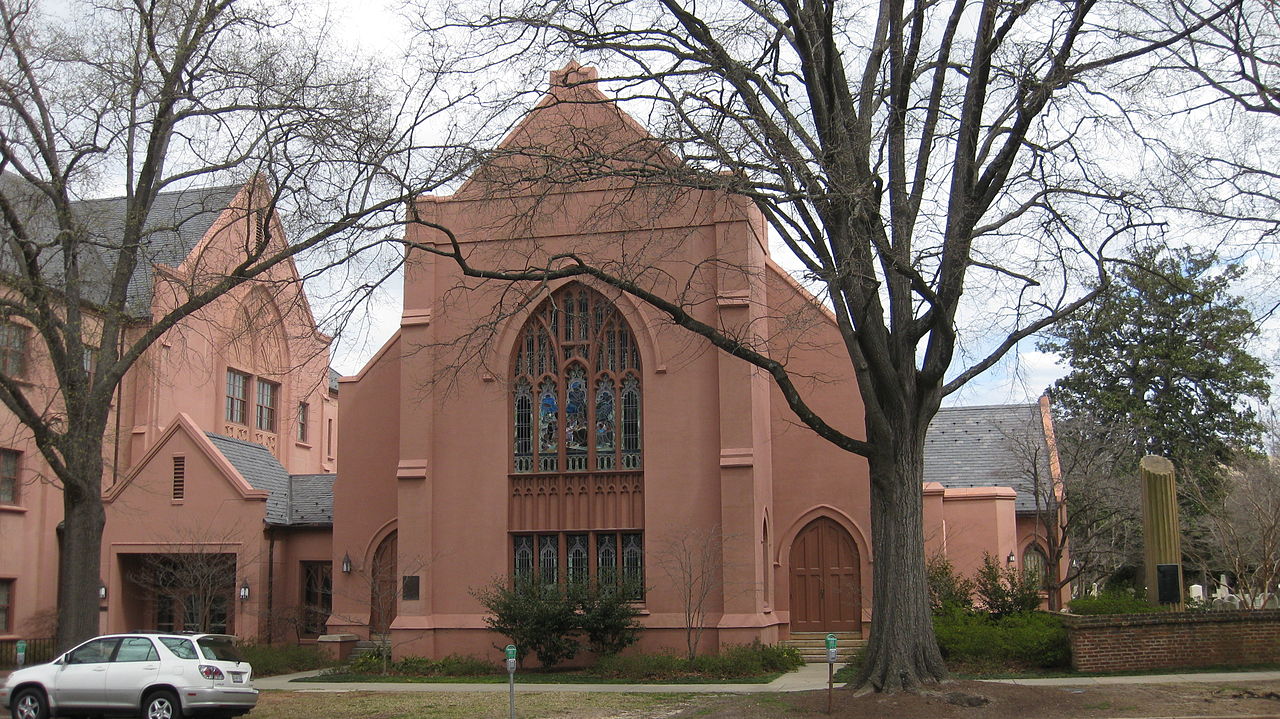 First Presbyterian was established on June 4, 1795. The congregation first met in the State House and then in the South Carolina College Chapel, which was a small wooden building located on the church grounds. The congregation was officially incorporated in 1813 and, apparently, won ownership of the property by drawing lots with an Episcopal congregation. Another interesting fact is that the graveyard was shared with the Episcopalians until this point. One half belonged to each congregation but First Presbyterian acquired the other half. The first church building was built in 1814 and it is now known as Jackson Hall. As already noted, the present sanctuary was built in 1853. The church was added to the National Register of Historic Places in 1971.

A number of notable figures are buried in the graveyard. These include Henry W. DeSaussure, the first director of the U.S. Mint and U.S. Senator; the parents of President Woodrow Wilson; Jonathan Maxcy, the first president of South Carolina College (now the University of South Carolina); and Ann Pamela Cunningham, the founder of the Mt. Vernon Ladies' Association.

Both images via Wikimedia Commons: https://commons.wikimedia.org/wiki/Category:First_Presbyterian_Church_(Columbia,_South_Carolina)