The deadliest fire in New Orleans history occurred at this location in 1973 when an arsonist set a fire with the intention of killing attendees of a social sponsored by the Metropolitan Community Church-an organization that served members of New Orleans gay community. The attack occurred at the UpStairs Lounge, a bar that doubled as a meeting place and sanctuary for the church and other organizations. The arsonist designed their attack to create an updraft of flame that prevented escape, trapping those who could not fit through a window in an inferno that claimed the lives of pastor Bill Larson and thirty others. The attack occurred on the final day of Pride Week and the 4th anniversary of the Stonewall Uprising in New York.

The UpStairs Lounge was located on the second floor the current three-story limestone building at the corner of Chartres and Iberville Street. 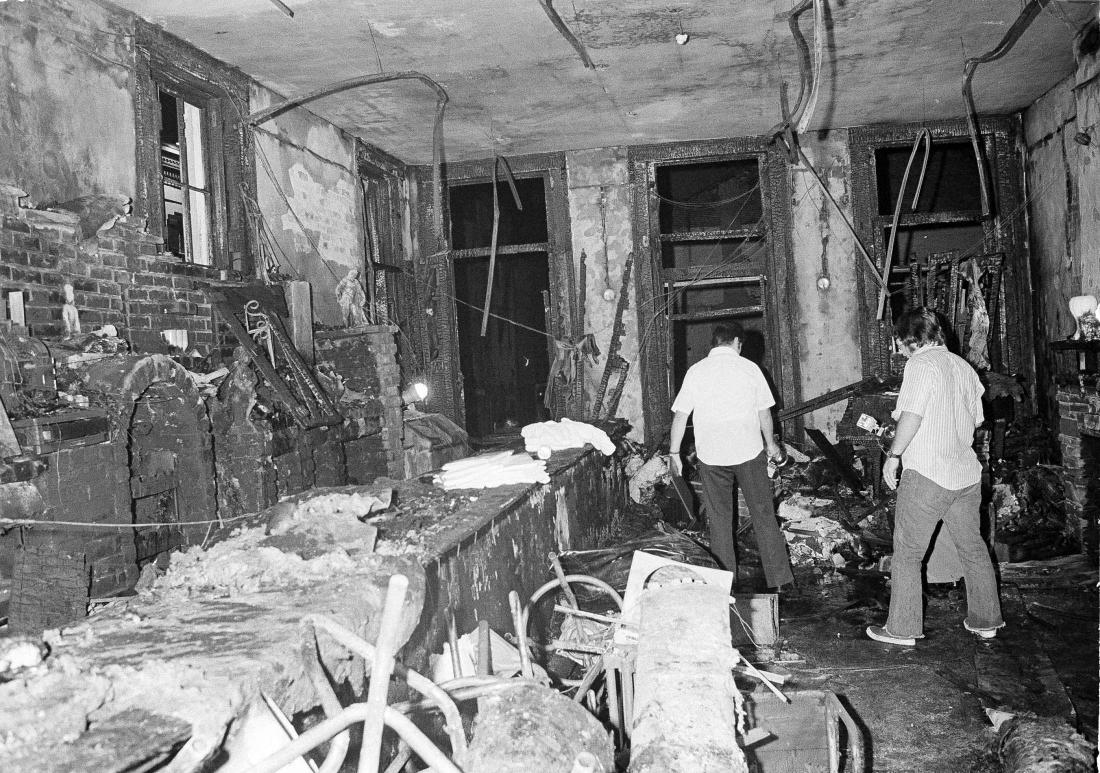 The charred body of Reverend Larson being removed by New Orleans police. 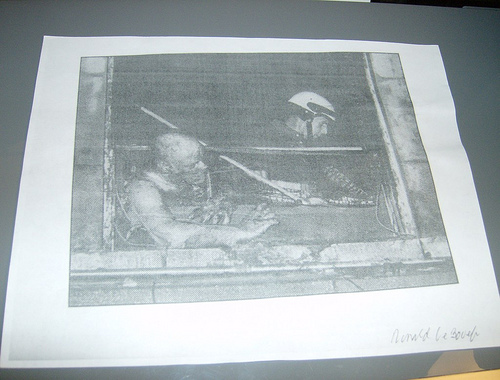 Firefighters finish clearing the destroyed lounge of any hotspots. 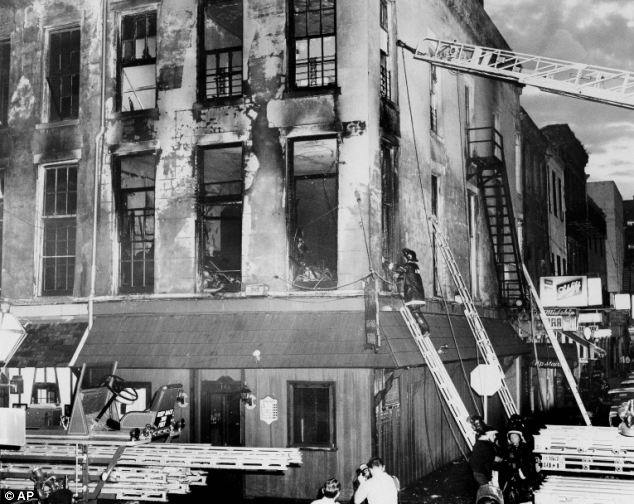 Visitors to the lounge taken some time before the fire. 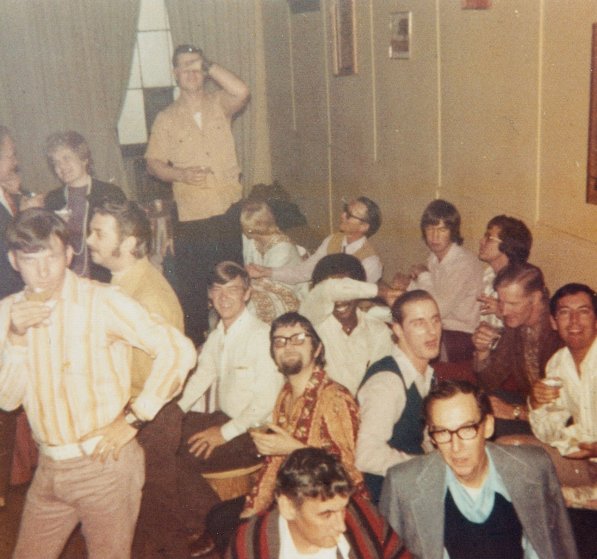 The Upstairs Lounge served a variety of purposes-a sanctuary for homosexual couples wishing to enjoy a few drinks together, a gathering place for friends, and a meeting place for community groups and members of the Metropolitan Community Church since the early 1970s. First established in 1968 in Los Angeles, MCC became the first established Christian church to offer services and full membership for homosexuals in the United States. One July 27, 1973, the LA headquarters of the church was destroyed by fire.

The 1973 attack drew attention among some of the city's more liberal leaders, but national news outlets only covered the story for one or two days and the attacker was never identified. To date, much of what is known about the attack comes from oral histories of survivors and the reports of alternative papers like the Vieux-Carre Courier. A survey of local press reveal that even in New Orleans, local papers included quotes that demonized the victims as deviants. Henry Morris led the investigation for the New Orleans police department. The detective offered several quotes to the local paper that indicated an assumption that the victims were deviants.

Each of the city's leading churches refused requests to hold a memorial service for the deceased until St. Marks United Methodist offered their sanctuary. Hundreds attended the service which, along with other memorials and other gatherings, offered the families of the fallen an opportunity to mourn their loss with dignity. Despite requests that reporters and others allow the mourners privacy-an important consideration given the harassment and arrest of members of the gay community-funeral attendees were informed that reporters in cameras awaited them outside. After discussing the possibility of leaving by a side door, each attendee decided to hold hands and walk out of the service together in unison.