The Drillfield on the campus of Virginia Tech is a large oval field encircled by a one-way street known as Drillfield Drive. It is the central open space on the campus, with origins stemming from the military history of the university. Since 1926, the site has been used by the Virginia Tech Corps of Cadets to conduct military drills. North of the Drillfield and northwest of the Alumni Mall lies the Upper Quad, the site of the Corps of Cadet's barracks. On the northwestern side are the majority of the university's academic and administrative buildings; on the southeastern side are many of the residential buildings; Newman library is on the eastern side. 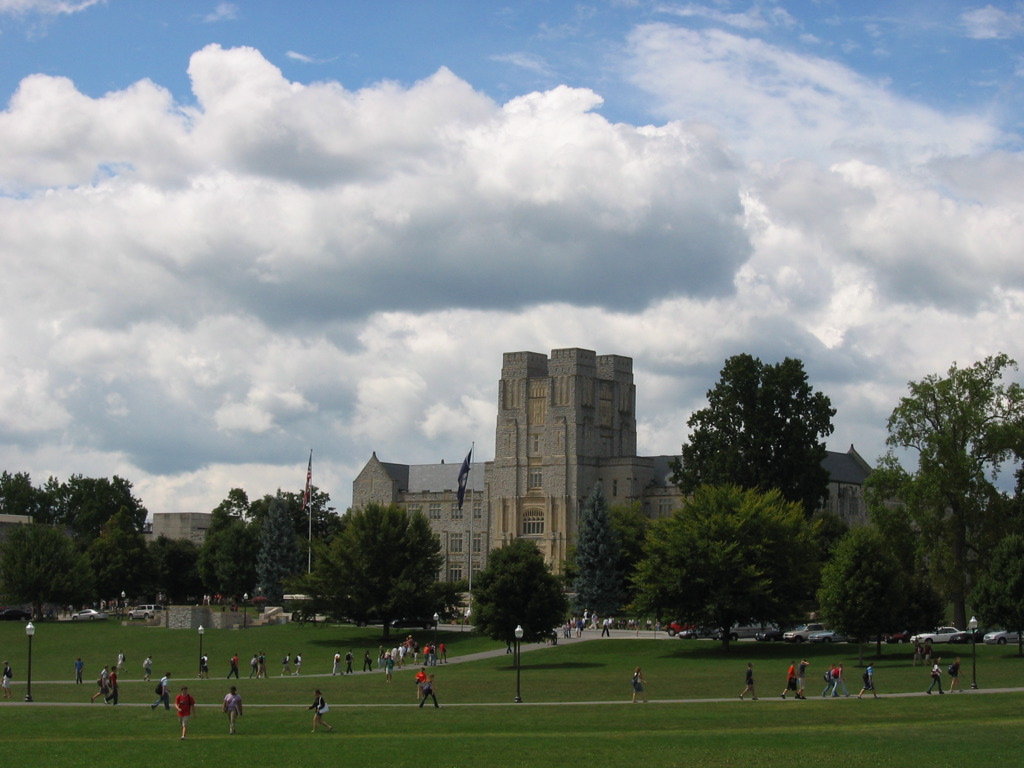 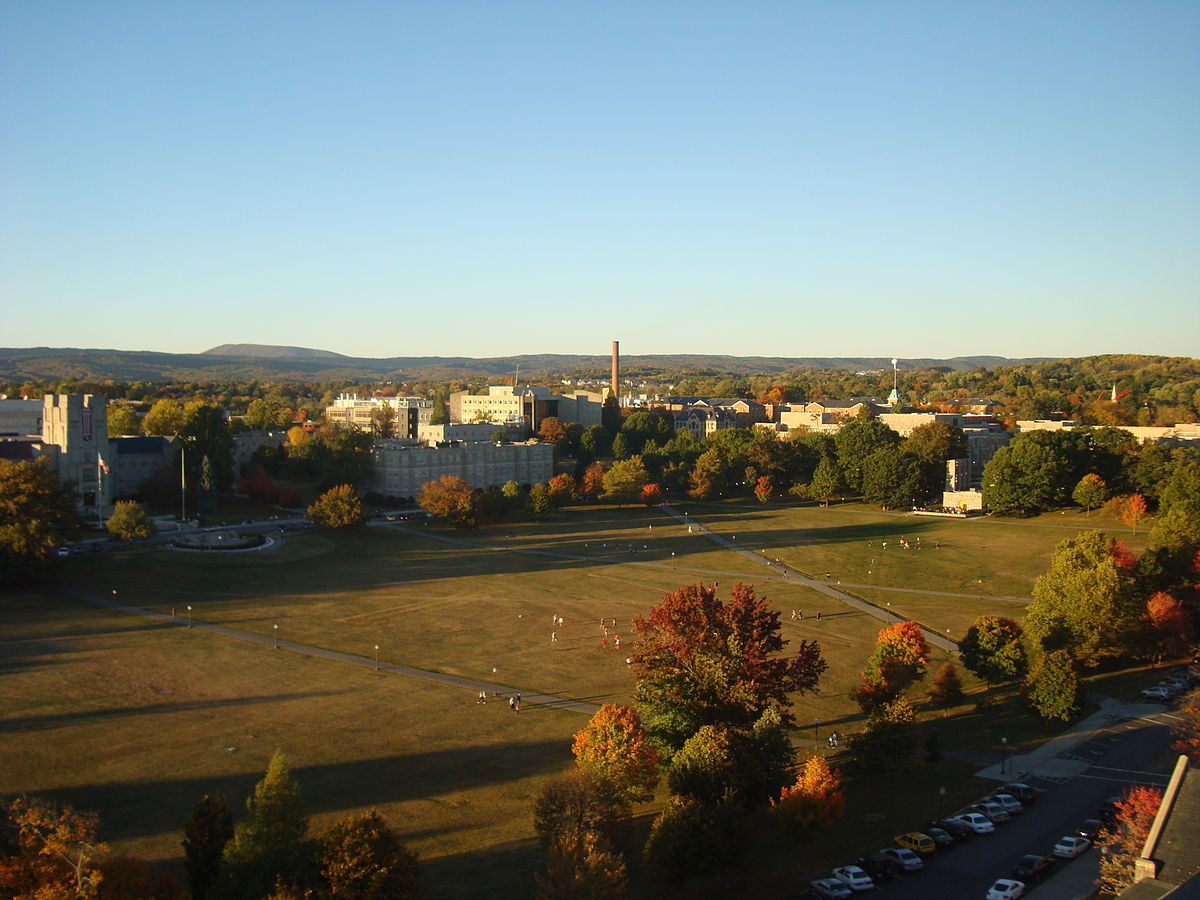 Virginia Tech has a long military tradition. In 1894, University President John McBryde set aside horticultural land to be used by the Corps of Cadets for military drills and athletics. A more formalized Drillfield was developed in 1922 owing to a proposition by landscape architect Warren Manning to transform the space into the symbolic center of the campus. Manning's plan was realized in 1934 when the land was leveled and encircled by present-day Drillfield Drive.

The expansive 22-acre lawn, set in a shallow bowl, serves as an anchor of campus life at Virginia Tech. It is the setting for a wide range of activities, including student and community gatherings, as well as military drills. Six paved paths criss-cross the field. Points of interest along the field include the War Memorial Chapel at the eastern end and an arrangement of over 140 ornamental and canopy trees planted around the perimeter, honoring the school’s graduating classes and former students and faculty. The April 16 Memorial, which pays tribute to the victims of the 2007 shooting, is situated in front of Burress Hall.

The northwestern side of the Drillfield is the location of the majority of Virginia Tech's academic and administrative structures, including Burruss and McBryde halls. The southeastern side is the location of the majority of the residential buildings and the War Memorial Gym. Newman Library is situated on the eastern side of campus and connects to Torgerson Bridge. The bridge spans Alumni Mall, the main road into the campus. North of the Drillfield and northwest of Alumni Mall is the Upper Quad, also known as "military campus" and home of the Corps of Cadets' barracks.

Stroubles Creek runs beneath the field on the south side. A three-sided conduit for the waterway was installed in 1934. In 1971, the first two asphalt walks were constructed. Three dirt paths were paved in 2014 as part of an effort to improve the campus' landscaping and pathways. Though there is an urban legend that the Drillfield is sinking three inches per year, the claim has no basis in fact.