Constructed between 1951 and 1960, the Memorial Chapel was is one of the leading landmarks on the Virginia Tech campus and honors students who have given their lives in defense of the United States as members of the Armed Services. The chapel was constructed in the center of campus overlooking the VT Drillfield where generations of students conducted military training. The chapel also stands as a reminder of the campus's history and unique mission, the Corps of Cadets, and Virginia Tech's honor code. The chapel includes eight sculptures on the upper level that represent the concepts of brotherhood, honor, leadership, sacrifice, service, loyalty, and duty.

This is an image of the eight pillars on the upper level of the memorial that hold all the names of fallen alumni. 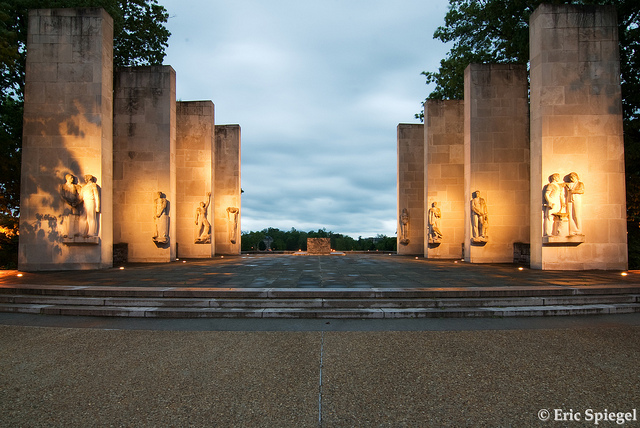 This is an image of the entrance-way to the chapel on the bottom side of the memorial. 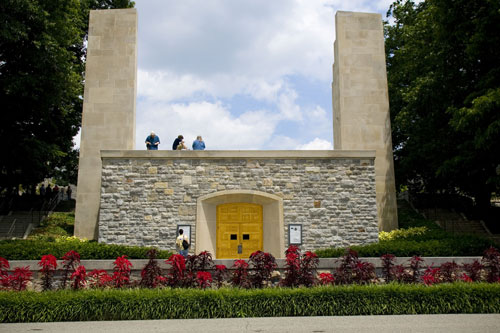 This image represents the Ring Reveal firework show as it is seen from spectators at the Chapel. 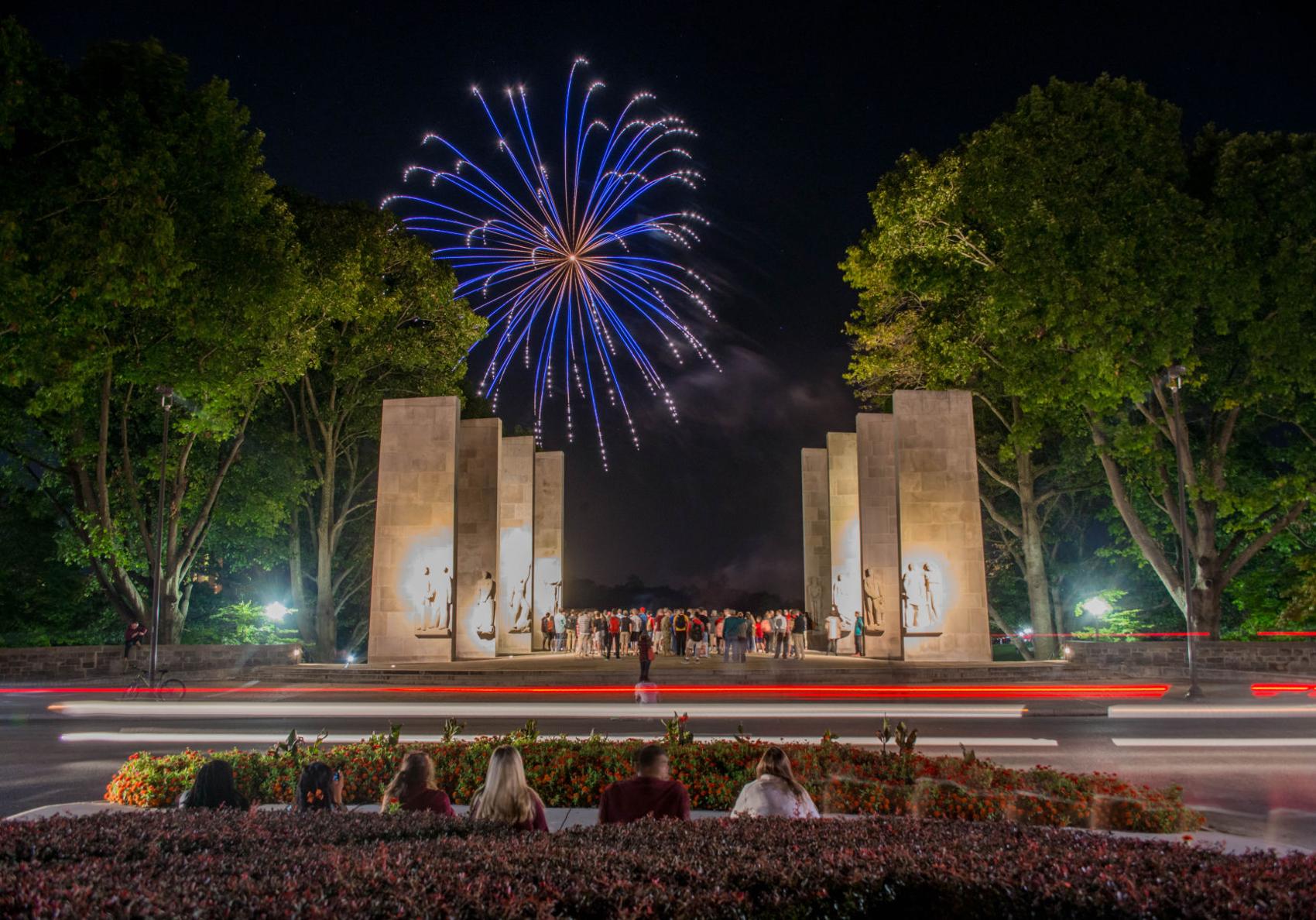 The War Memorial Monument and Chapel was constructed to honor the students and alumni from Virginia Polytechnic Institute and State University (Virginia Tech) who gave their lives in defense of the United States. The memorial was designed by Roy F. Larson and construction lasted from 1951 to 1960 at a total cost of nearly half a million dollars. Today the chapel is used for weddings, initiations, military commissioning, concerts, meetings and religious services. The memorial also provides a space for students, faculty, and visitors to enter a silent and tranquil space for reflection throughout the day. Each fall many people gather at the memorial to watch the Ring Reveal firework show put on for current junior class students at Virginia Tech.

There are two levels to the war memorial. The upper level of the memorial consists of eight sculptured limestone pylons that stand for brotherhood, honor, leadership, sacrifice, service, loyalty, duty, and promise. The center of the upper level is a cenotaph which lists the seven names of alumni who have received the Medal of Honor serving for the United States. When a new name is added a dedication ceremony is held where the corps of cadets form up on the drill field and the precision rifle drill team performs a rifled salute.

Underneath the upper layer is a 6,324 four square foot chapel that seats two hundred and sixty people. Inside, there is a chancel sculpture by Donald DeLue that symbolizes there is something greater that is responsible for humankind being on Earth. Also responsible for architecture in the chapel were Henry Kreis and Charles Rudy.