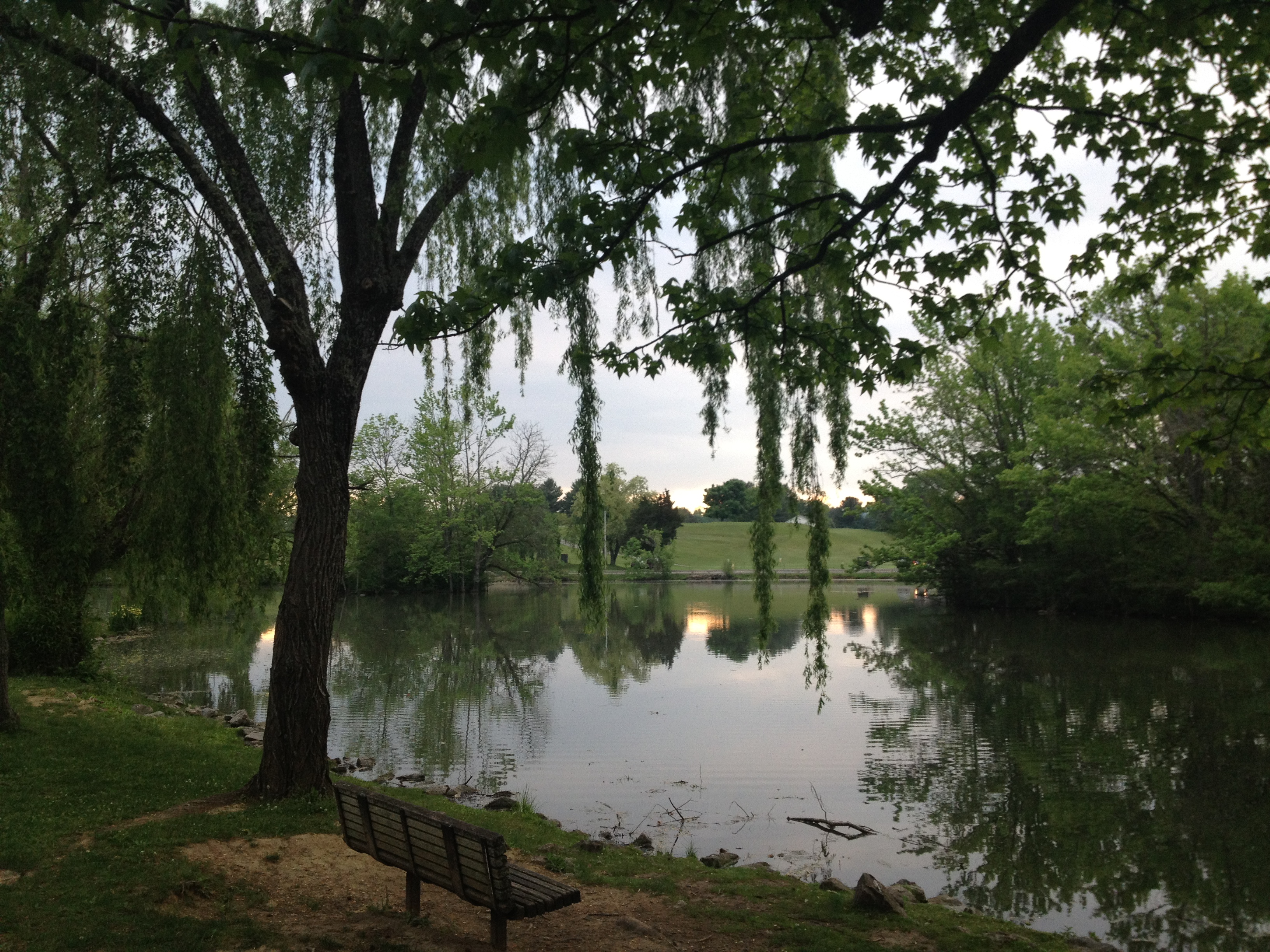 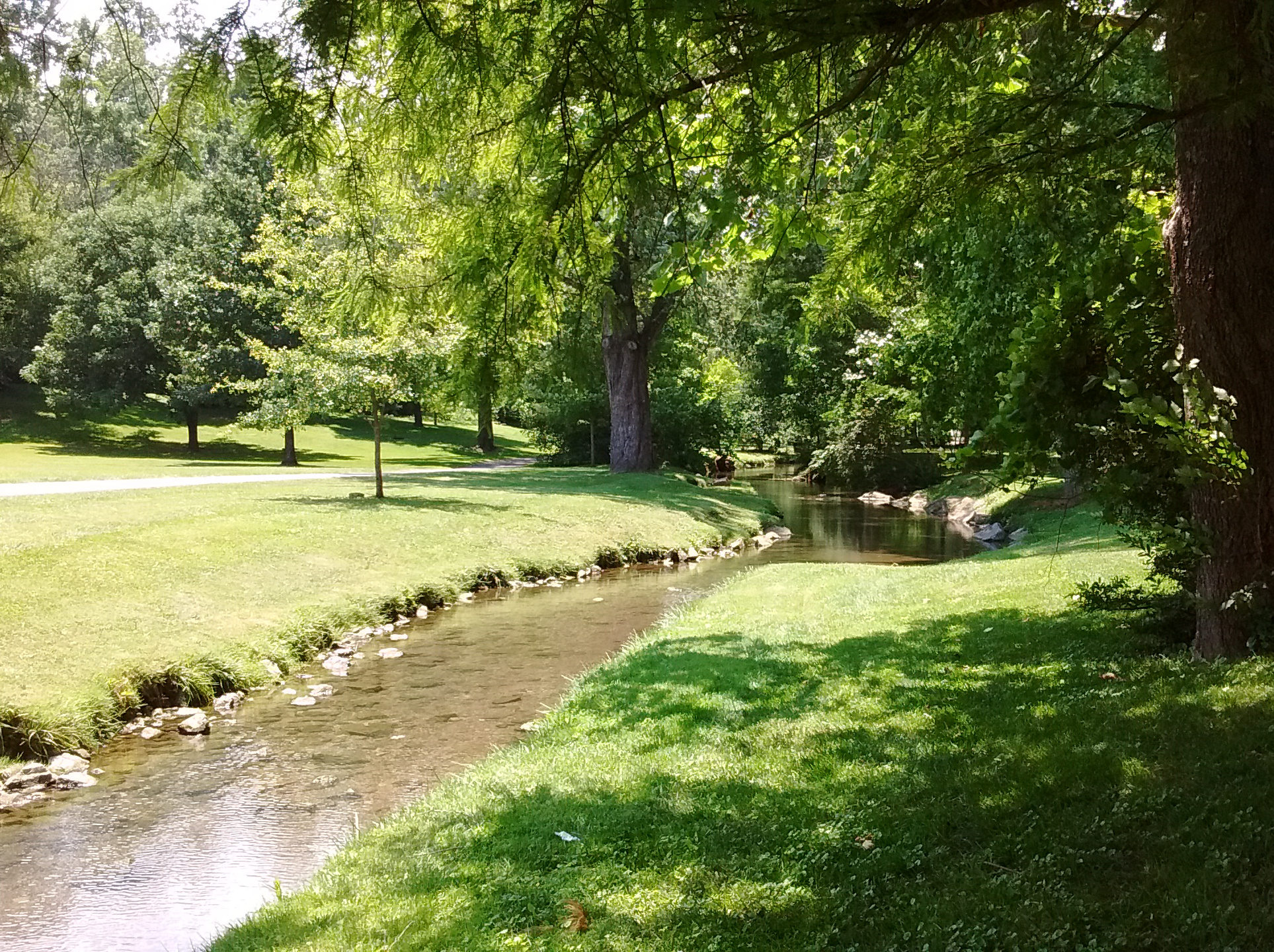 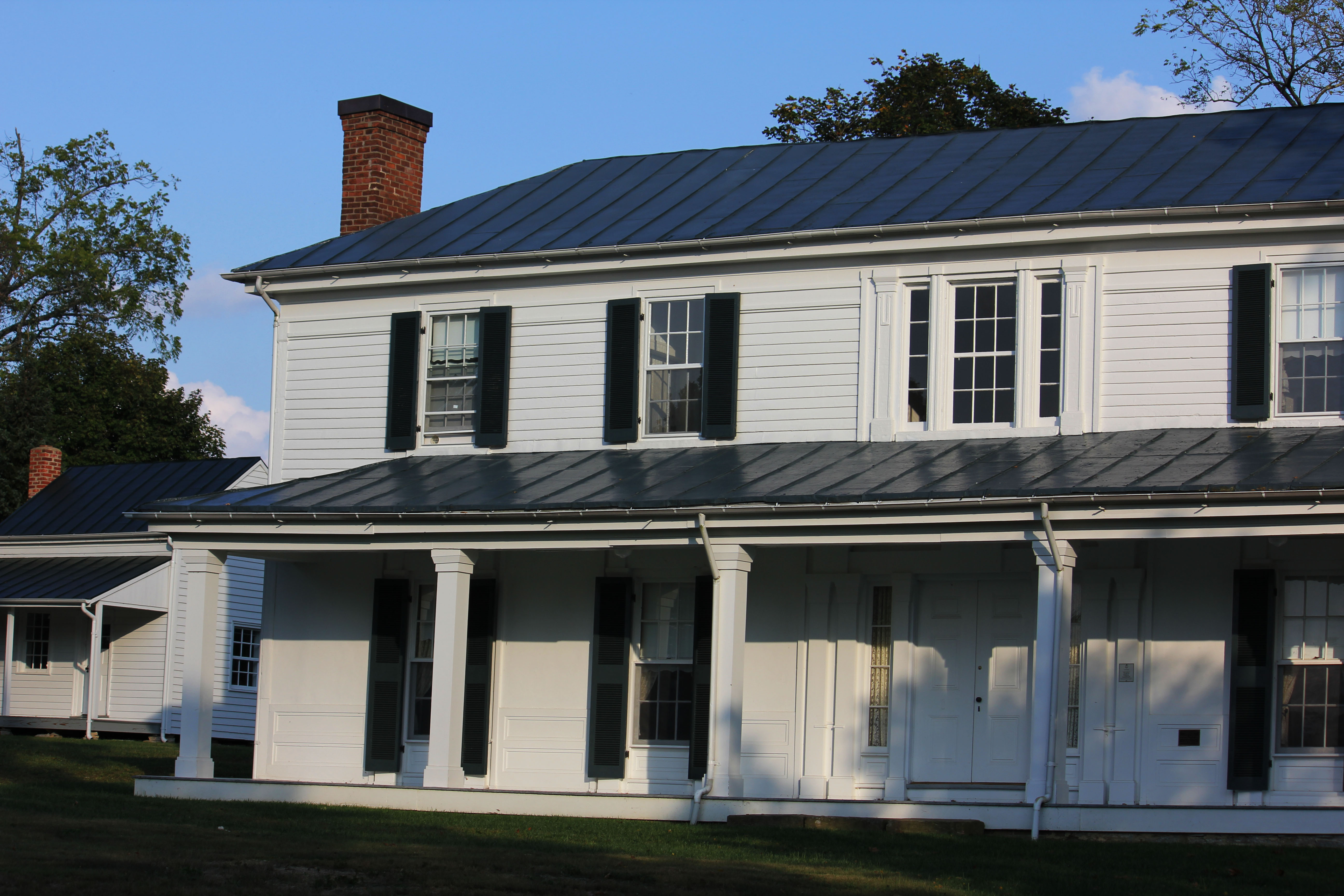 Stroubles Creek is a 12-mile-long stream which runs through the town of Blacksburg, the Virginia Tech campus, and Montgomery County. The creek, which empties into the New River and eventually into the Gulf of Mexico, flows underground through pipes in the Blacksburg and Virginia Tech sections. There are two branches that merge at Virginia Tech's Duck Pond: the Main Branch and the Webb Branch. Downstream, many tributary streams flow into the creek. During the 1740s, Stroubles Creek served as a water source for European settlers. In 1798, the town of Blacksburg was founded in the upper watershed and, in 1851, the Preston and Olin Institute (now Virginia Tech) opened.

The park's upper and lower ponds, which demarcate the division between the Upper and Lower Stroubles Creek watersheds, are man-made. The upper pond was constructed from 1880 to 1881 and served as an ice pond for the Virginia Agricultural and Mechanical College until 1898 when the campus’s first refrigeration plant was installed. The lower pond was artificially created in 1937 during the enlargement of the Drillfield. At that time, the Main Branch was culverted underground and a dam was constructed. The process of damming the site where the two branches merged is what led to the formation of the Duck Pond.

Today, the park area around the Duck Pond is a popular recreational spot. Despite issues regarding pollution, which date back to the 1800s, the pond is populated by a variety of wildlife species, including Canada geese, mallard ducks, Muscovy ducks, and many varieties of fish. Every spring, the College of Natural Resources and Environment stages an informal fishing tournament at the pond. Additionally, visitors to the park can walk along pedestrian paths, picnic, or simply enjoy the view from the gazebo.

Points of interest at the park include a large black willow tree included in the 2008 book "Remarkable Trees of Virginia" by Nancy Ross Hugo, Professor Emeritus Jeff Kirwan, and Robert Llewellyn. The park also serves to link several highlights of Virginia Tech's central campus. The informal plantings on the site merge with a wooded slope to the south, which is connected to a woodland amphitheatre and "The Grove"—the residence of Virginia Tech's President. Adjacent to the Duck Pond is Solitude, the oldest structure on campus. The historic home is listed on the National Register of Historic Places and is a designated Virginia Historical Landmark.

Open 24 Hours. Parking passes available from the Visitor Information Center, open weekdays from 8:00 AM to 5:00 PM.