The Sanford Lab Homestake Visitor Center is the public face of the Sanford Underground Research Facility (also referred to as Sanford Lab), which is located in the old Homestake gold mine that closed in 2002. The visitor center building is located directly next to the mine's open pit, which is 1,250 feet deep. Sanford Lab is a physics research facility that works to better our understanding of the universe. It conducts experiments deep below the surface to avoid cosmic radiation, which disrupts the experiments. Scientists at the lab also conduct experiments in biology, geology, and engineering. The visitor center features exhibits about the lab, the city of Lead, and the history of the Homestake mine. Visitors will see mining and science artifacts, historic pictures, videos, and a 3-D model of the mine. The center also offers tours of the facility. 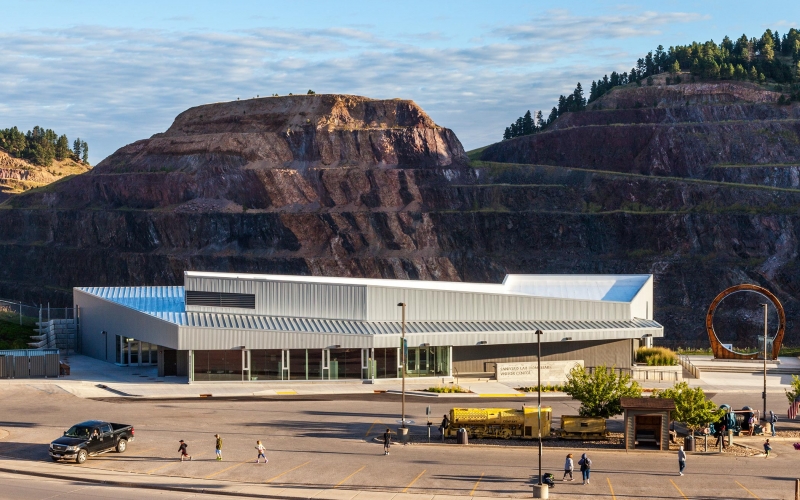 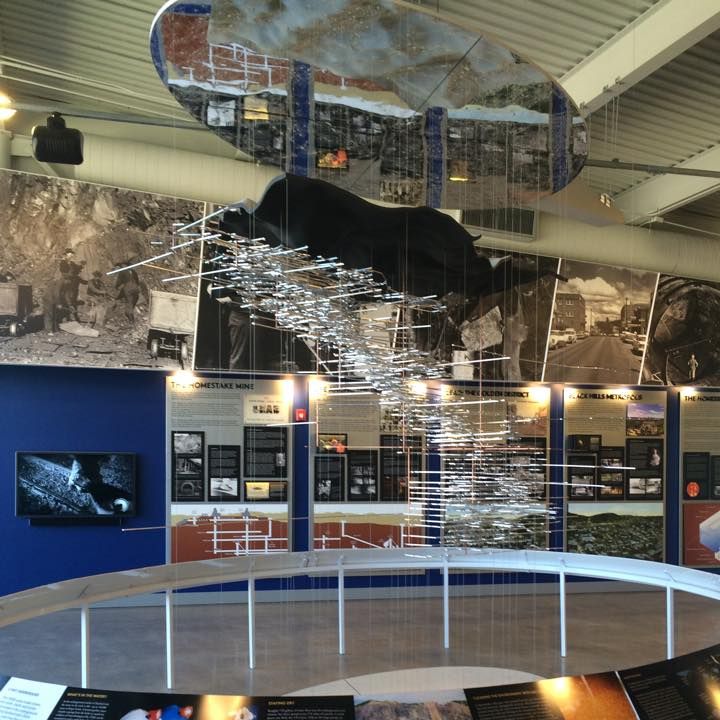 Homestake Mine operated for more than 126 years, starting in 1876 when a large deposit of gold was found. High production costs and other factors led to the mine's closure in 2001. Science research began in the mid-1960s when chemist Dr. Ray Davis from the Brookhaven National Laboratory built a solar neutrino experiment in a cavern at the 4,850 Level (as in, 4,850 feet below the surface). The experiment, which did detect neutrinos, confirmed the mine's usefulness to science research. In 2002, Davis received the Nobel Prize in Physics for his work.

After the mine closed, the National Science Foundation initiated talks with the owner of the mine, Barrick Gold Corporation, about opening a laboratory in the mine. The company agreed to keep pumping water out of the mine but eventually stopped because doing so was very expensive. Eventually, Barrick donated the mine to the state in 2006. The lab's namesake, T. Denny Sanford, donated $70 million for the project and the state committed funds as well. The lab was established the next year. There was so much water in the mine that it the took two years to pump it all out. Current experiments include searching for dark matter and antiparticles, studying what happens to dying stars, and building a laser scanner for Mars research. As of November 2019, a new project called Deep Underground Neutrino Experiment (DUNE), is being developed in the mine. Large caverns are being excavated and once the work is done, DUNE will start to be installed and become operational by 2028.