Belle Fourche Historic Marker- The Geographical Center of the U.S.

In 1959 following the admission of Alaska and Hawaii to the Union, the U.S. Coast and Geodetic survey officially designated a point 20 miles north of Belle Fourche, South Dakota as the Geographic Center of the Nation. Entry of Alaska and Hawaii as states moved the site from its old position in Smith Center Kansas to Butte County, South Dakota. The U.S. Coast and Geodetic survey announced that the location of the new center is at Latitude 44 degrees, 58 minutes North, and Longitude 103 degrees, 46 minutes West. 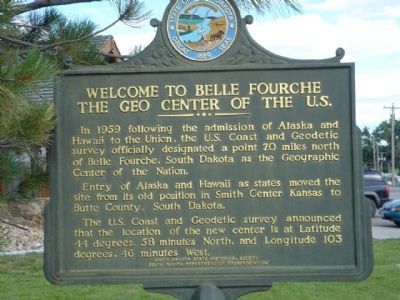 A Reference Mark and Benchmark were installed at the actual Geographic Center of the Nation in 1962. 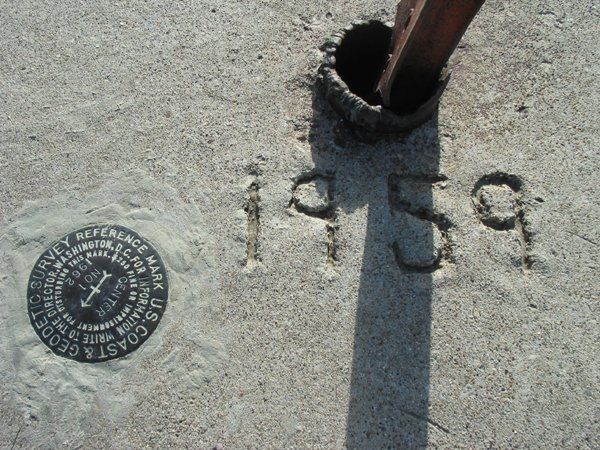