Poplar Hill Mansion was built as a manor house on a farm outside of Salisbury, Maryland. Major Levin Handy purchased 357 acres of land in 1795 and began constructing the Poplar Hill Mansion. Major Handy had a problem with the lack of funds and severe medical problems and in result had to discontinue construction of the mansion and put it up for sale in 1803. Surprisingly, in 1805 Dr. John D. Huston purchased the incomplete mansion and continued on the construction himself. Dr. Hutson's widow Sarah Huston inherited the estate that included eighteen enslaved people and $110 but she ended up selling the mansion. In 1881, George Waller purchased the mansion for him and his family to live in until 1945. In 1945, Fred. Adkins purchased the property and modernized the mansion. Finally in 1970, Wicomico County purchased the estate and the mansion was placed under public trust in 1974 under the ownership of the City of Salisbury. In 1971, Poplar Hill Mansion was placed on the National Register of Historic Places. 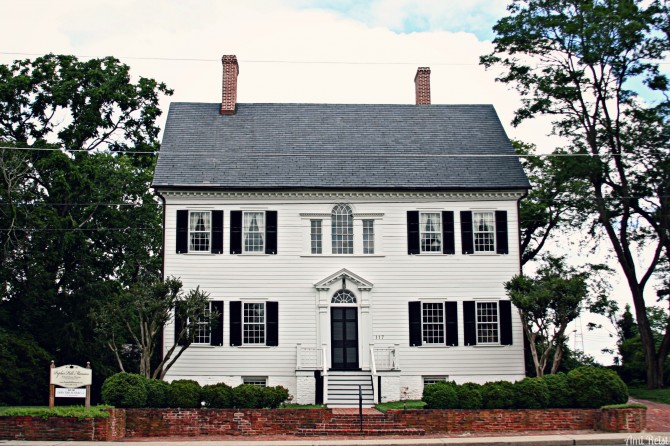 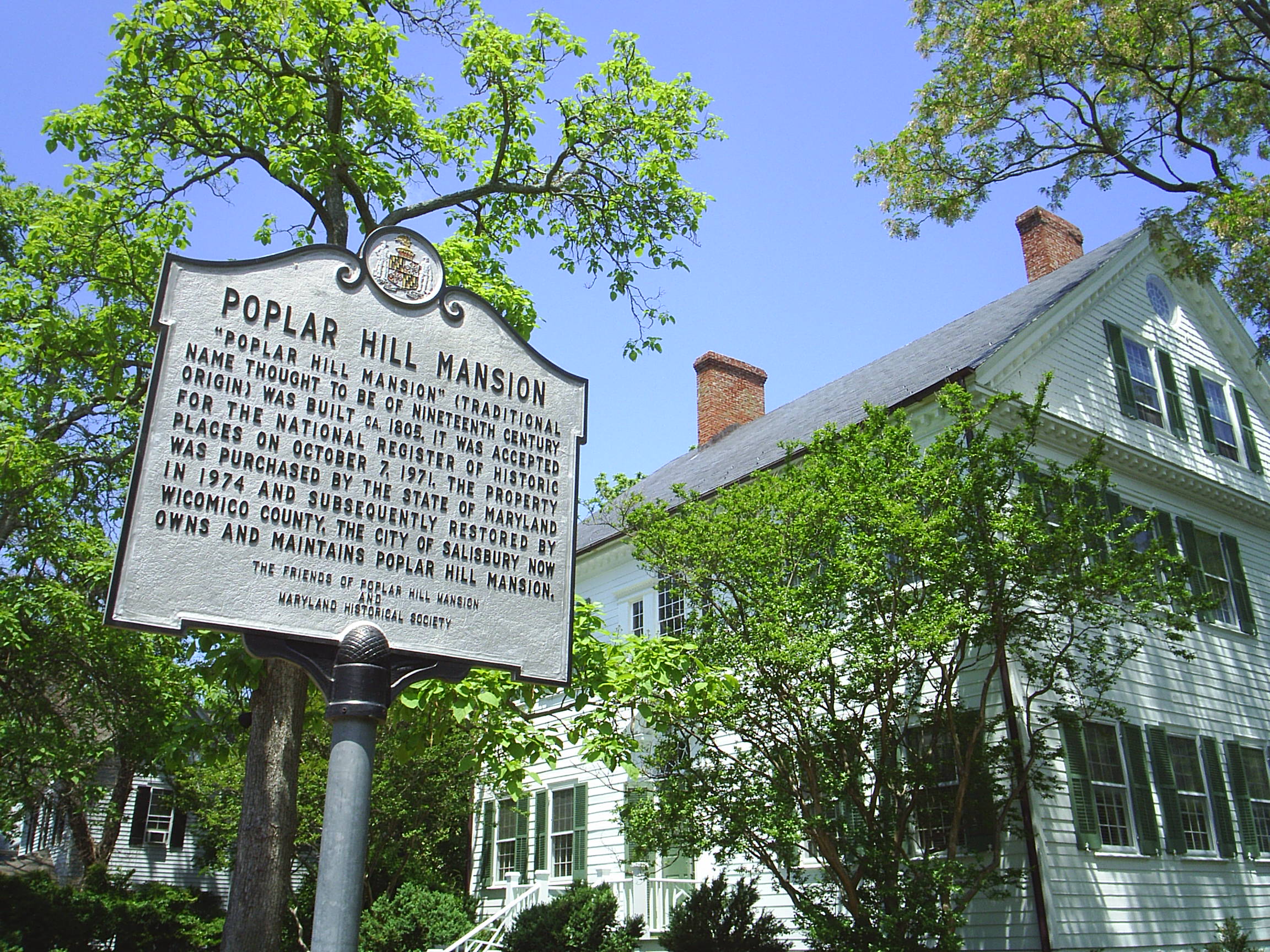 The Poplar Hill Mansion has some very unique architecture. The first floor is divided into two parts with the front hall separated from the rear hall. The the right side of the mansion there is a large rectangular dining space and on the right side of the house there is two large bedrooms. Dr. Huston actually finished designing the mansion in 1805 and added a lot of intricate or neoclassical woodwork. The interior woodwork was made of yellow pine that was said to be cut directly on the property. There were finely detailed Palladian windows on the landing of the second floor and over the front door. On the east and west ends of the roof are round windows that are very unique to any Easter Shore House. They house also had handmade key locks which then needed original keys to use.

There are four and a half levels in the mansion. There is a full cellar with outside and inside entrances, two furnished floors with eleven inch high ceilings, a third floor with a high loft, and a smokehouse in the back. There was also a very beautiful original kitchen that had to be removed over a hurricane in 1906. It has been said that there is also a ghost that lives in the Poplar Hill Mansion. A 19 year-old girl named Sara is said to be a local slave legend. She us unmarried and does not have any children. It is said that she perished in flames wearing a long, full skirt on the second floor in her bedroom. There are also scorch marks on the wood floor surrounding the fireplace that can still be today.

This mansion is a lot different than other mansions. You can also rent this place out to showcase your own events. The first floor of the house, kitchen facilities, back yard and garden are all parts of the mansion that can be rented out. The mansion can accommodate up to 97 people for an indoor event. Some events that have recently taken place are weddings, small class reunions, and birthday parties. This mansion is not only a historic place but also a place that memories can still be cherished in. The Poplar Hill Mansion is beautiful from the inside out and I would highly recommend it for any event.