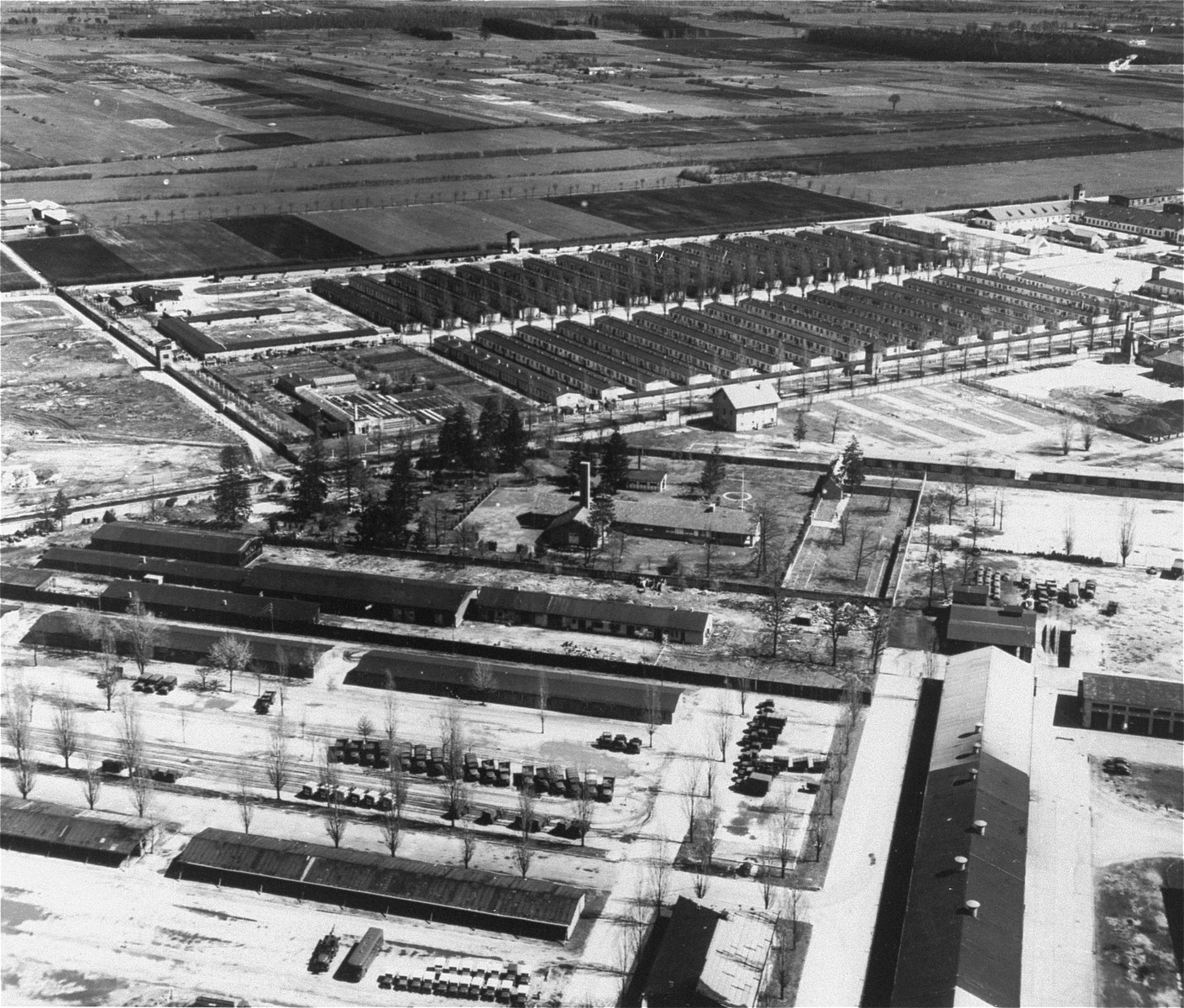 Crematorium next to gas chamber 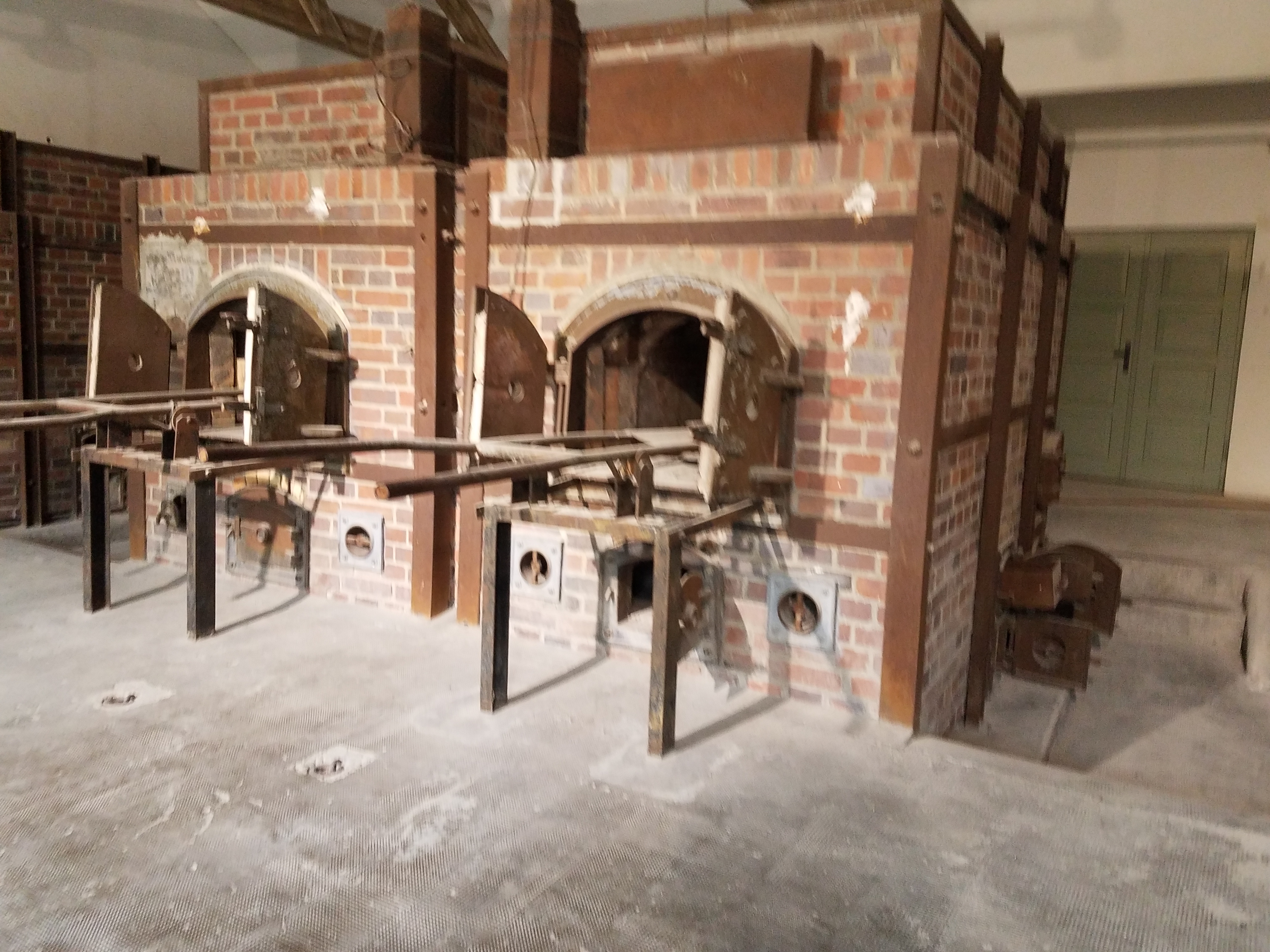 gas chamber in the main camp 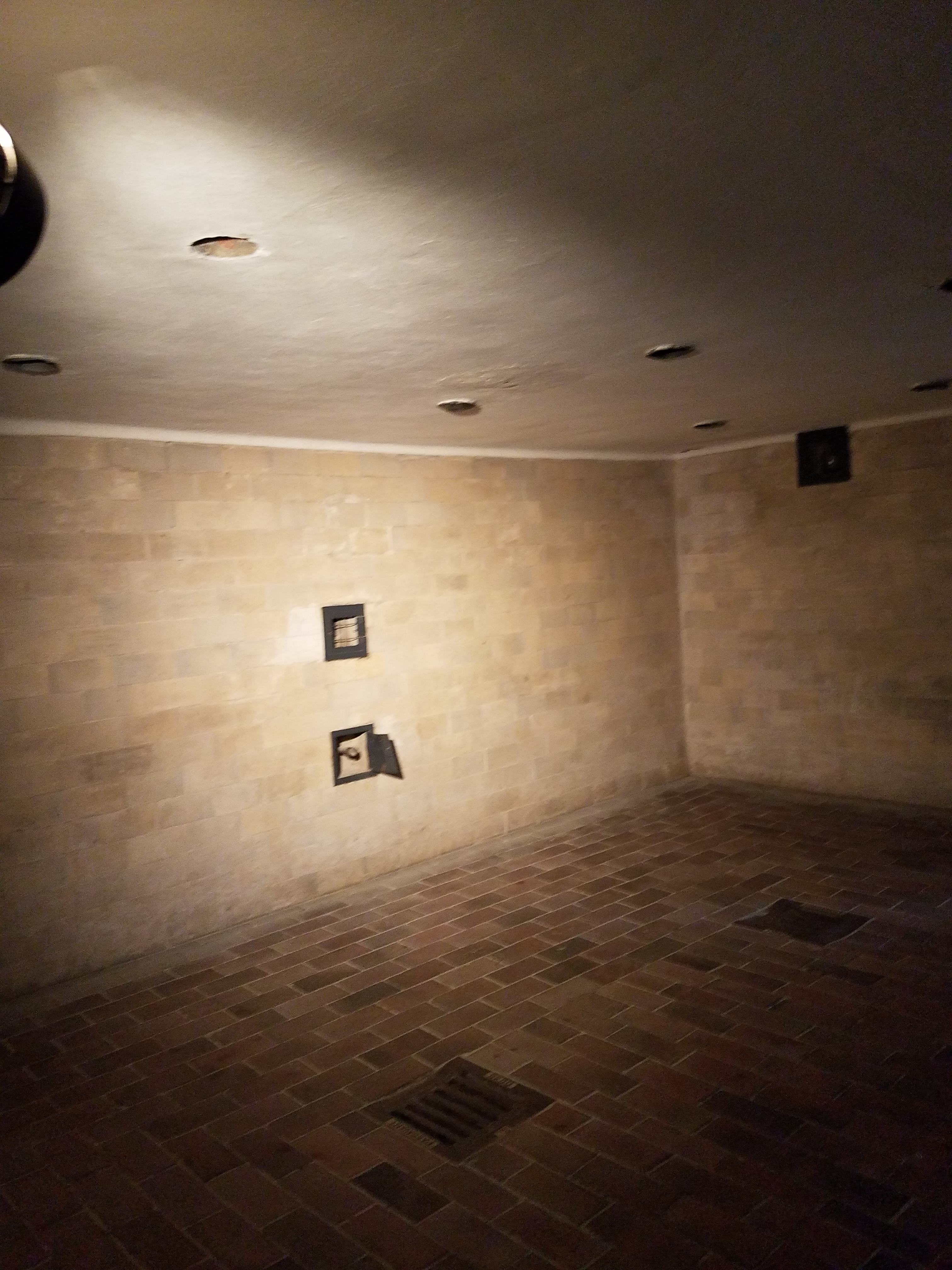 hand washing station in the barracks 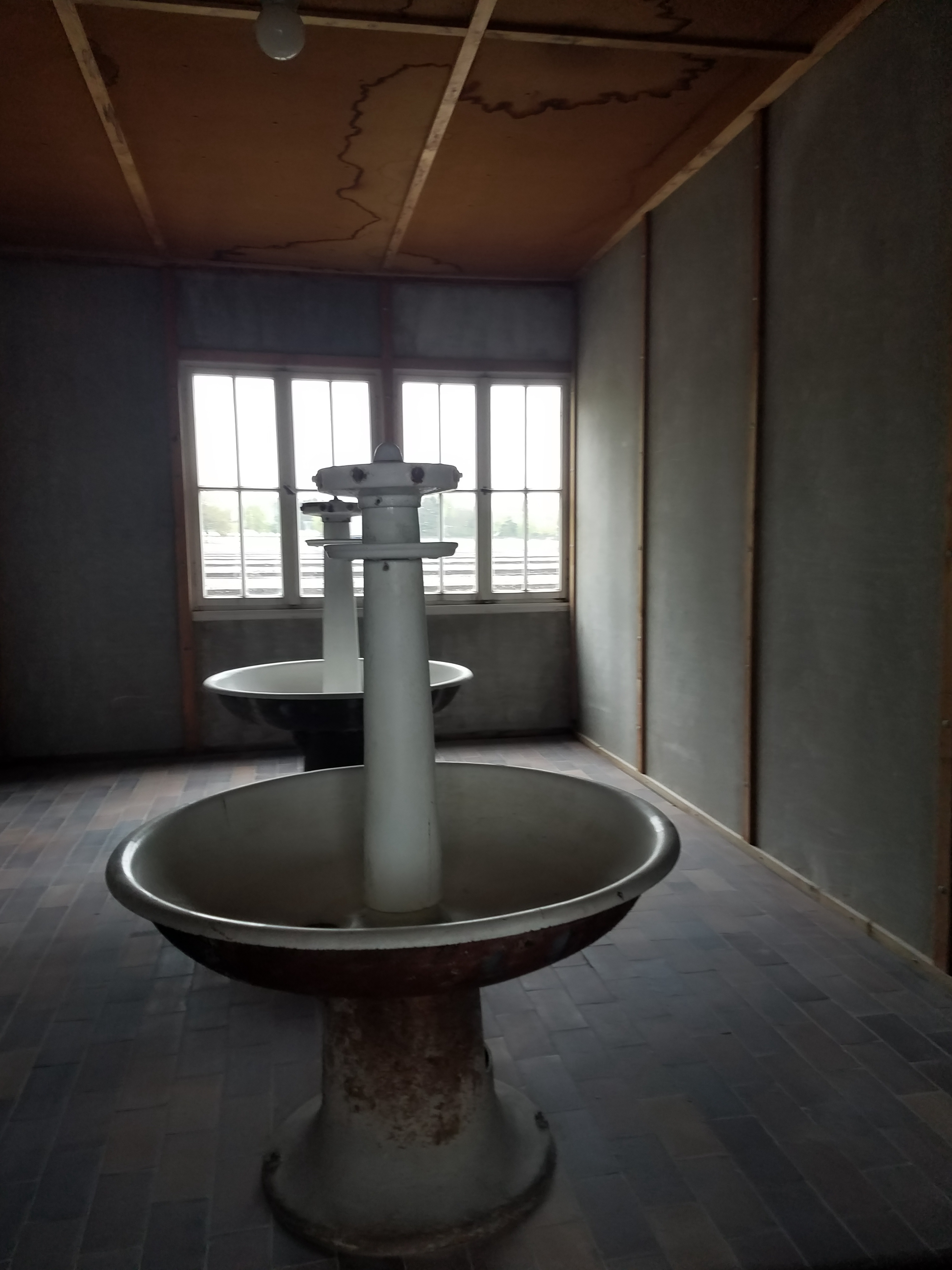 guard tower on the edge of the camp 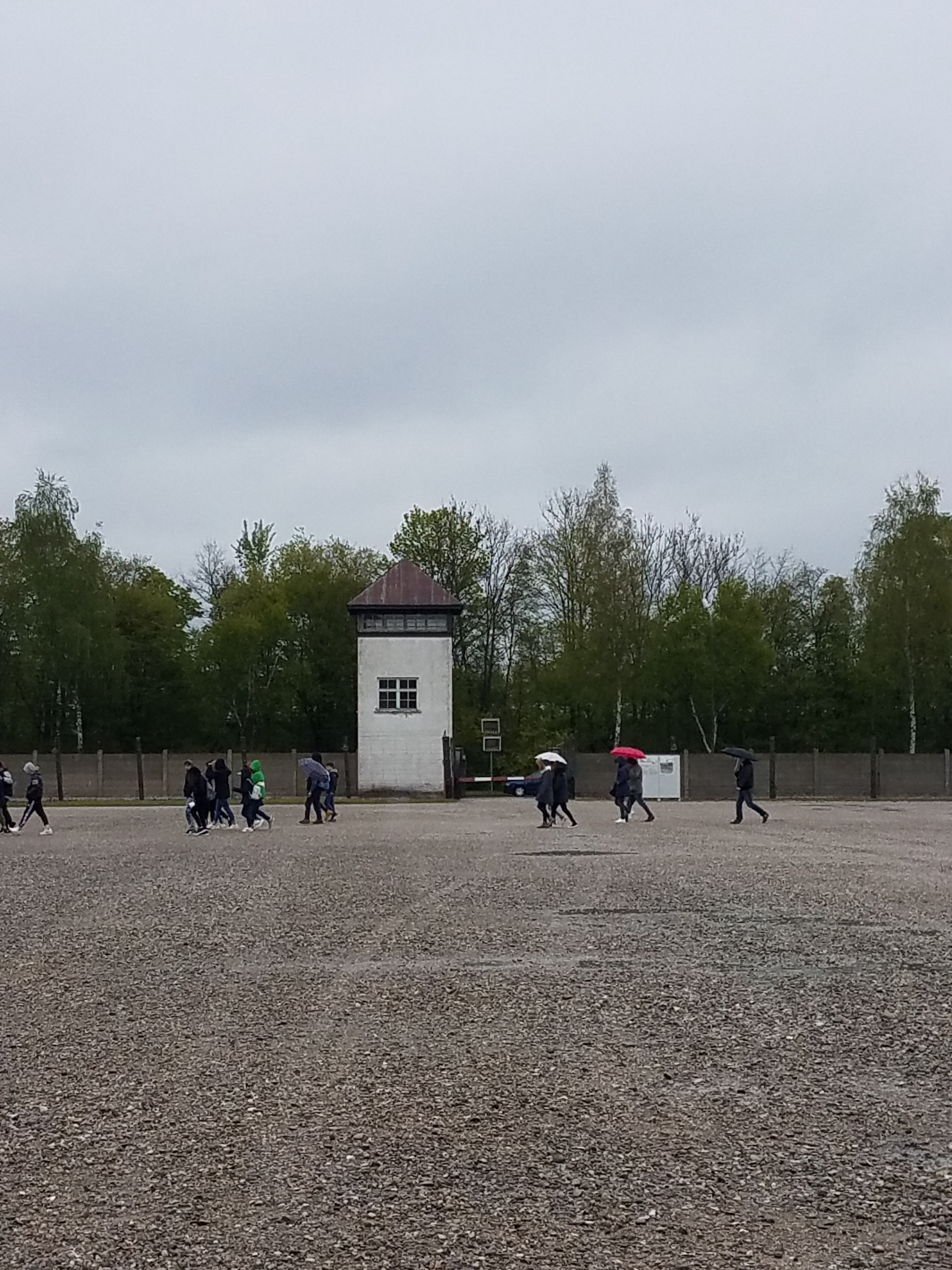 looking at the prisoner barracks from the courtyard 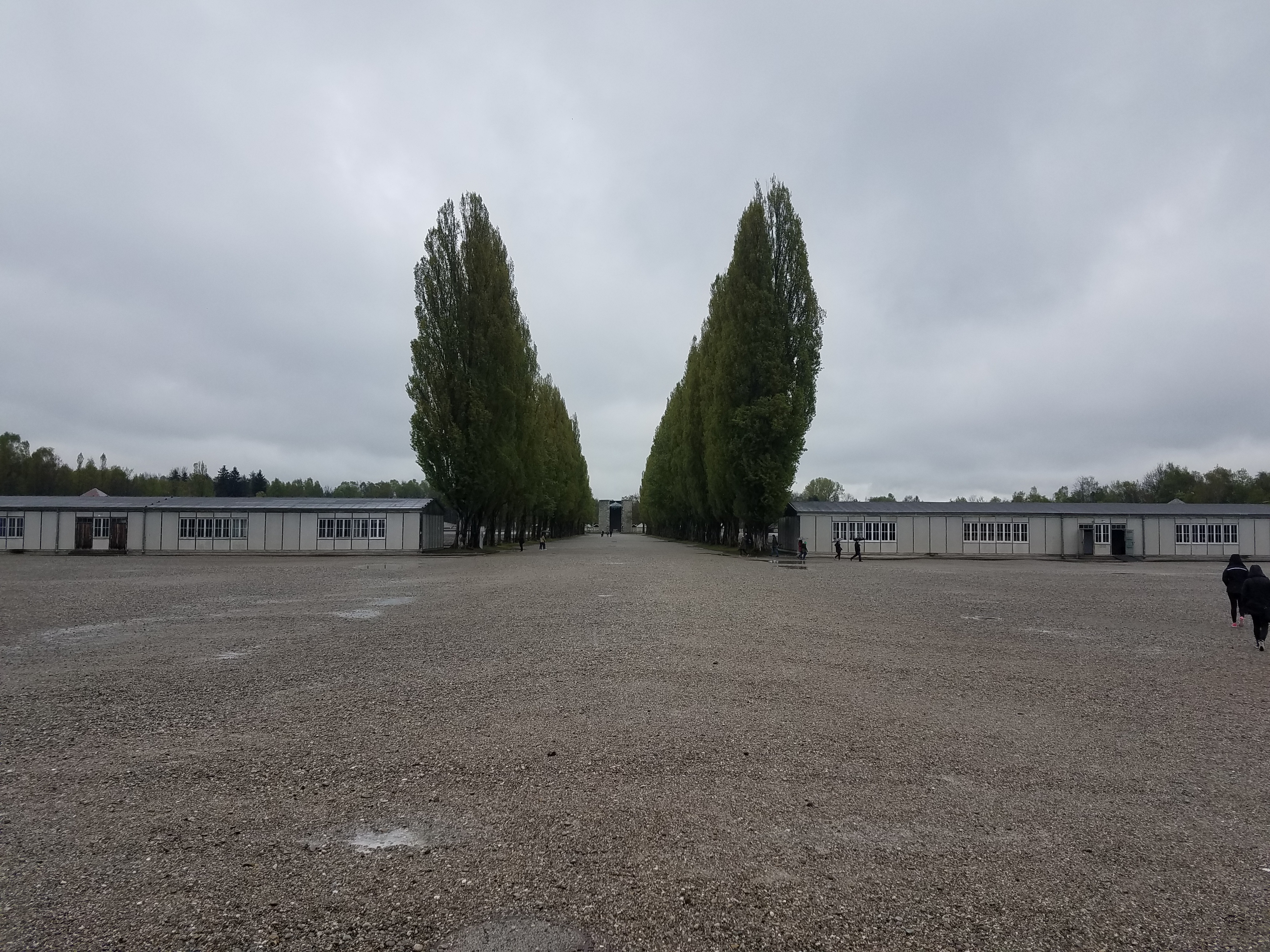 the main administration building from the courtyard 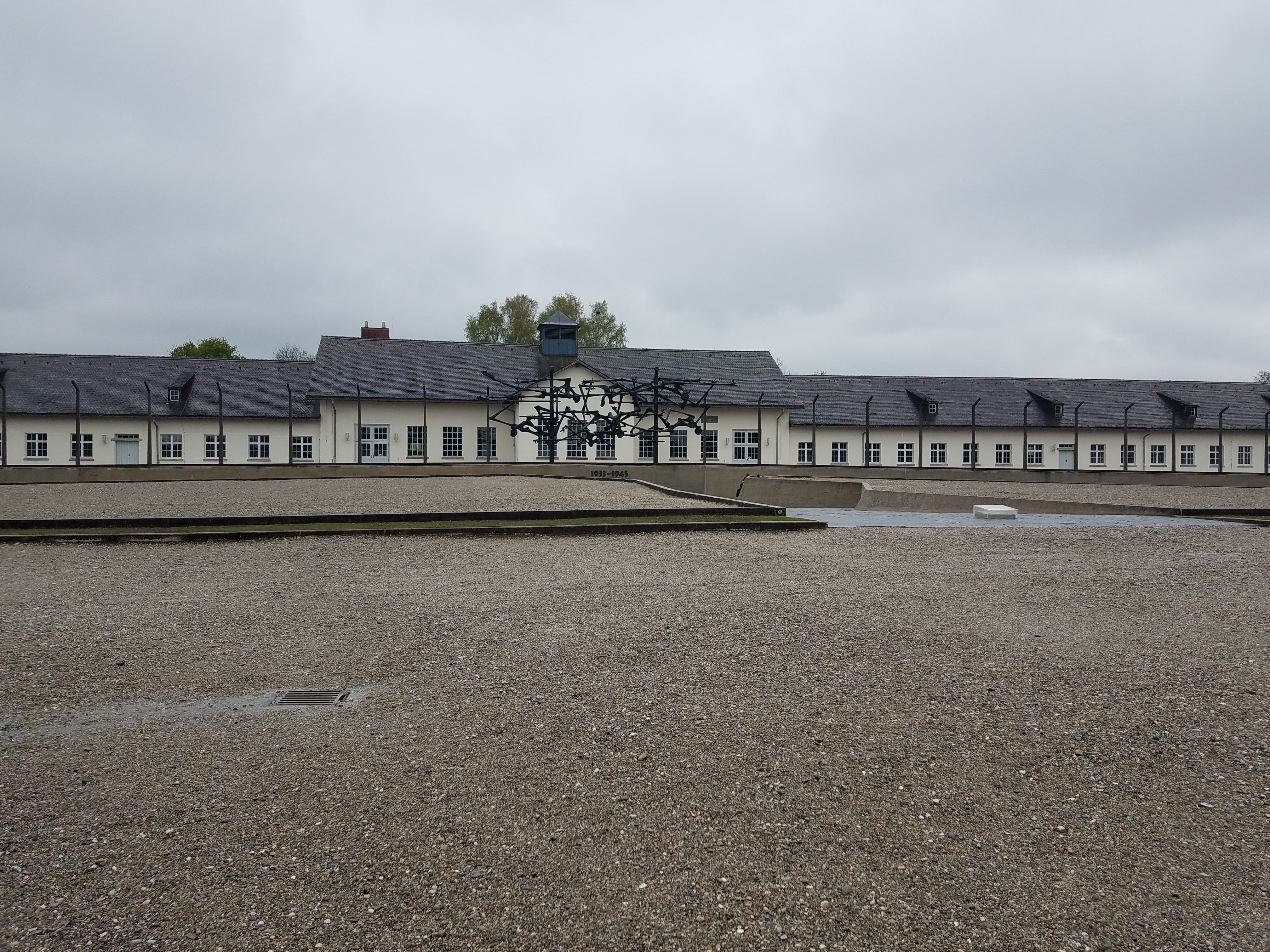 cramped bedroom seen during the late years of the camp 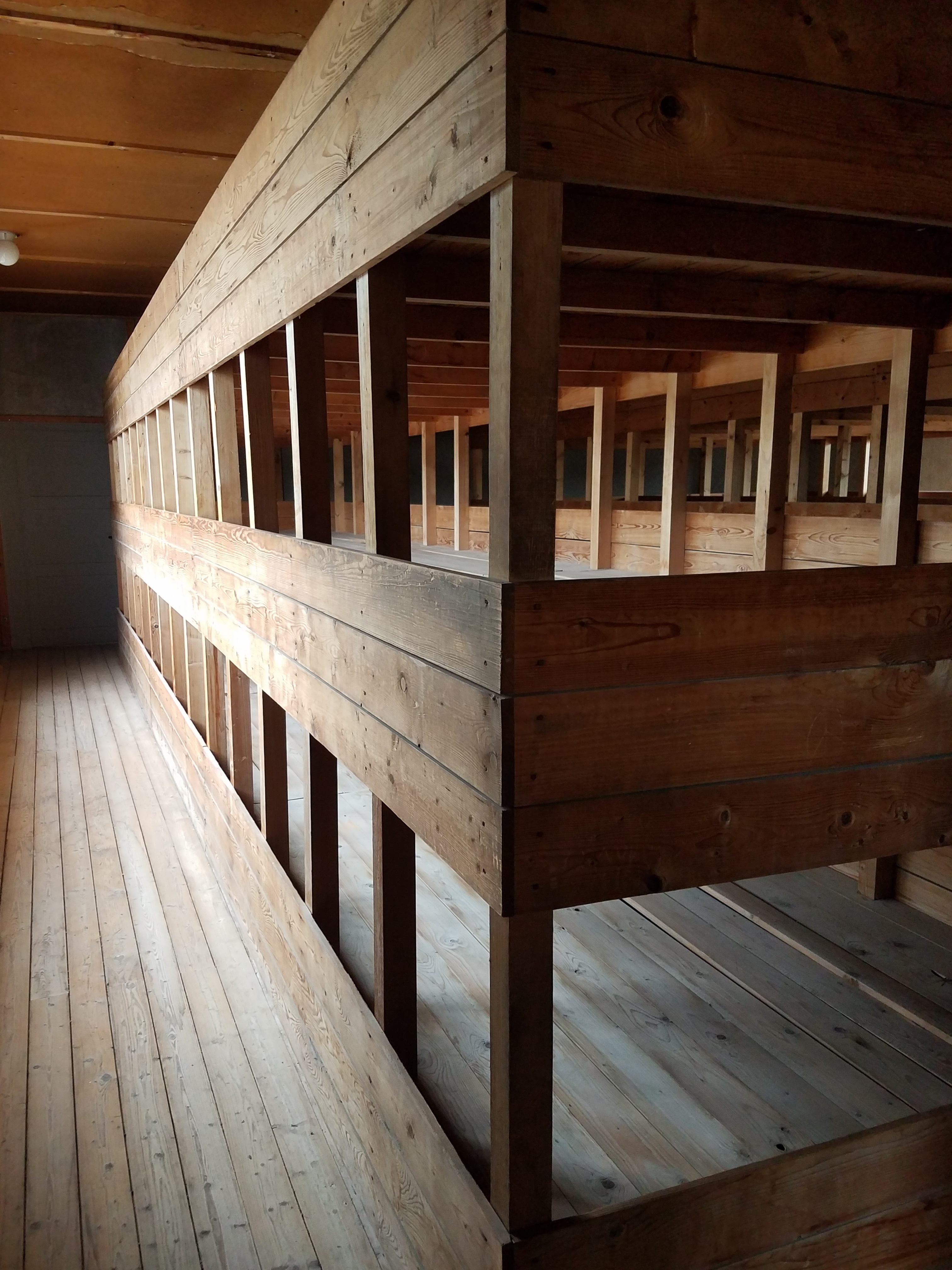 Unlike other concentration camps, Dachau was not initially a death camp. Dachau was initially established as a political prisoner camp in 1933. The camp originally housed political prisoners such as communists and democrats, and it housed relatively few Jews. However, as the ambitions of the Nazi regime expanded, so did the camp. In 1937 the prisoners were used as slave labor to expand the camp through the construction of new buildings for housing prisoners. The camp remained unchanged for the most part up until 1945 and primarily contained barracks, a kitchen, and crematorium. There were also workshops that employed the slave labor of prisoners. After the events of Kristallnacht, the number of Jews that were kept in the camp rose to over 10000. These men were not kept indefinitely and were allowed to leave after they had provided evidence that they were going to leave Germany.

There were two crematoriums on site, one made during the initial construction of the camp and another made in 1942 that was accompanied by a gas chamber. Similar to many of the other camps that were started by the Nazis in the 20th century there was an extensive system of child camps that operated under the order of the main camp. These camps were the primary areas where the prisoners would work and manufacture products for the Nazi regime. There were 169-187 camps that stemmed off of Dachau by the time of liberation. These sub camps operated differently from the main camp that was used for housing, extermination, torture and death. In the sub camps, the prisoners were taken from the main camp in order to be used as slave labor in various manufacturing jobs. Even then there were programs that the prisoners were used for before the existence of the smaller work camps. In 1933 the prisoners were forced to build roads in the surrounding area. In the waning days of the war, prisoners would be forced to cart bodies to mass graves in the sub camps.

Dachau also operated as a training ground for the members of the SS who would go on to practice the cruel tactics they learned all across Europe. SS officers would routinely starve the prisoners and leave diseases untreated. Dachau, as seen in other concentration camps, was a site for medical experiments that the Nazis would subject their prisoners to. The prisoners would be subject to experiments searching for the furthest limits that the human body could withstand. There were also tests done to test the effectiveness of various lethal gasses that were being used to kill the prisoners.

The aftermath of the second world war led to extensive research and the surfacing of the atrocities that took place in the camps all across Europe and retaliation by the allied forces. In the days following the liberation and exposure of the atrocities committed in Dachau, US soldiers killed all SS guards that they had found in the camp. Upon seeing the malnourished and sickly people that the SS had tortured for years, GI's reportedly made SS guards stand in the "Hitler Salute" for hours on end. The guards were then killed without a single indication of any emotion.