The Indiana University Auditorium was opened in 1941 during President Herman B. Wells’ term in an effort to expand the university’s fine arts plaza. Located at the heart of Indiana University’s campus, the auditorium has featured a number of concerts, musical performances, and university events, and it is also the home to a majority of the famous Benton murals. The building is constructed of locally quarried Indiana limestone. It was closed in 1997 briefly for renovations before opening once again in 1999 to the public. 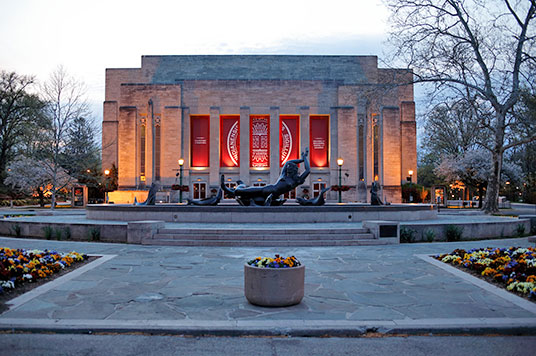 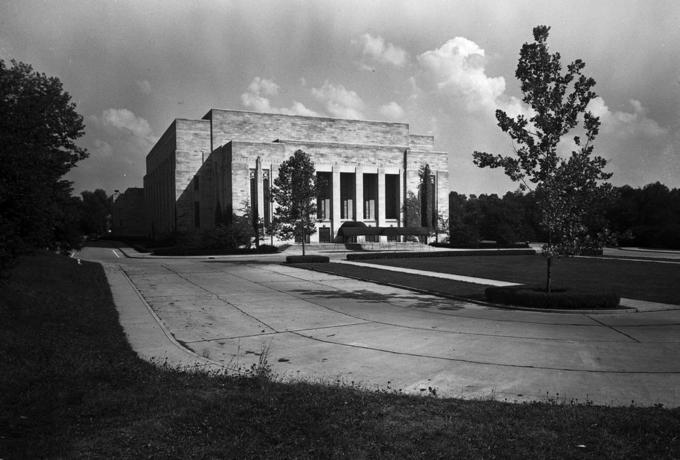 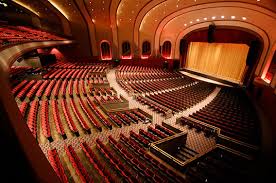 The IU Auditorium was constructed as a part of Herman B. Wells vision of bringing the arts to IU students as well as the general public. He firmly believed in the power of music and theatre to educate and inspire audiences. Many found the Auditorium to be the, "centerpiece of Herman B Wells’s vision for a new Fine Arts Plaza... stand[ing] as a monument and living legacy" of Wells contributions to the university (Capshew). Historically significant, the IU Auditorium is home to the famous Benton murals, truthfully and creatively depicting Indiana's history from its conception. These murals are "dazzling jewels of beauty and culture on the IU campus", and they emphasize not only Wells' role as a cultural entrepreneur for the University, but also the significance of the IU Auditorium to Indiana history (Capshew). The IU Auditorium’s theatrical significance lies in its production of hit musicals throughout the “golden age” of theatre when the integrated musical was popular and its subsequent transition to the age of hit mega musicals which appeal to audiences today. The integrated musical rose to prominence in the 1940s, notably thanks to writer and composer duo Rogers and Hammerstein. These musicals featured “the merging of words and music into a single expression”, rather than the disjoined songs and performance often found in vaudeville (Block 2). Some of these more popular shows featured specifically at the IU Auditorium included South Pacific, Oklahoma! and West Side Story. However, in the 1970s, the integrated musical was overpowered by the newfound public demand for spectacle, prompting the rise of the “concept” or mega-musical. These mega-musicals featured dramatic plots, massive sets, and increased costume and lighting technology. They were once described in “parallel with the McDonald's Big Mac hamburger,” comically dubbing this era, “The Age of McMusicals” (Block 2). The IU Auditorium successfully navigated these changes in theatrical style to appeal to audiences throughout the decades. It has shown classic golden age musicals such as Oklahoma!  in 1948 and has also featured hit mega musicals such as Les Miserables this past year. Today, the IU Auditorium is a successful performance venue, seating over 3000 patrons and attracting audiences from all around the state to witness its professional productions. It is significant in its portrayal of Indiana history through the Benton murals, its position as a landmark for the arts on Indiana University's campus, and its exemplification of all theatrical movements from the 1940s to the present.

Capshew, James. "The Campus as a Pedagogical Agent: Herman B Wells, Cultural Entrepreneurship, and the Benton Murals." The Indiana Magazine of History, (2009). Accessed April 28. 2020. https://scholarworks.iu.edu/journals/index.php/imh/article/view/12427/18562