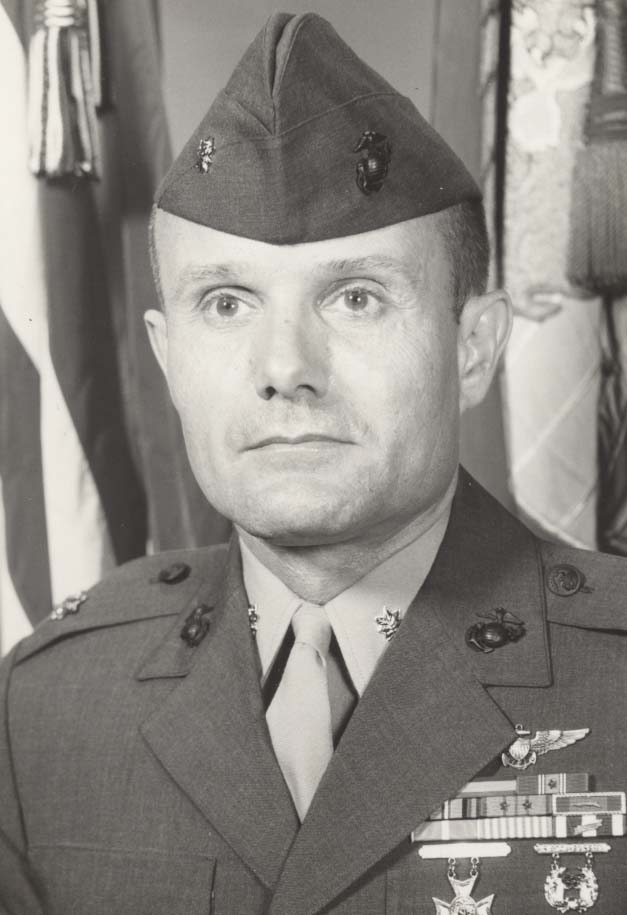 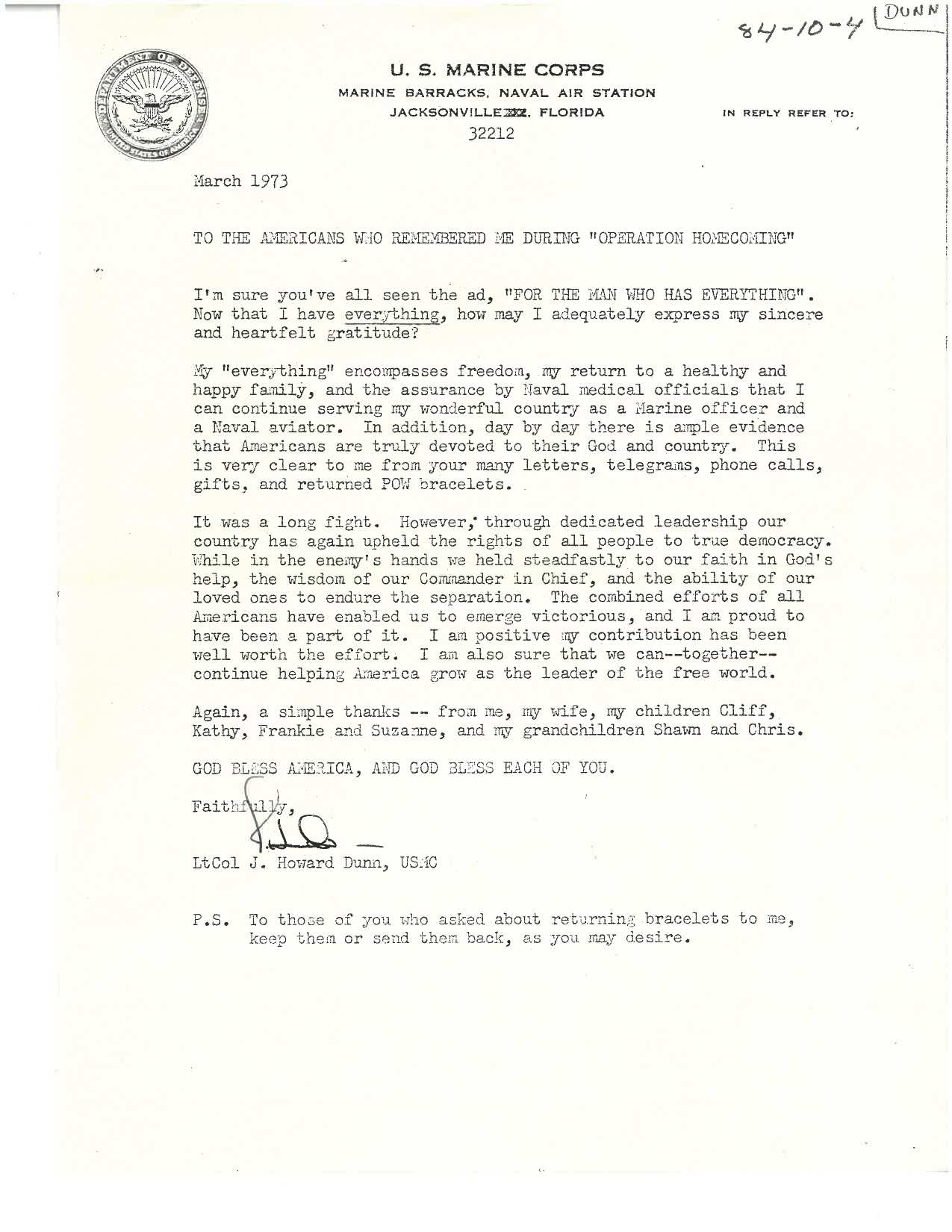 For conspicuous gallantry and intrepidity while interned as a Prisoner of War in North Vietnam from December 1965 to October 1966. After his aircraft was shot down, Lieutenant Colonel (then Major) Dunn evaded capture by the enemy in North Vietnam for six days. Once placed in a prison camp, the tenacity and indomitable spirit he showed during those six days became the trademark of his resolve. Lieutenant Colonel Dunn steadfastly refused to cooperate with his captors and was subjected to severe cruelties. Thwarting every attempt of the enemy to break his resistance, he gave his fellow prisoners an exemplary standard upon which to base their own conduct. Although Lieutenant Colonel Dunn aroused the fury of his captors by his resistance, the level of his courage and doggedness matched the increasing intensity of maltreatment levied upon him by the enemy, who ignored international agreements concerning the treatment of POW's. His resolve and determination provided the highest form of leadership and personal example. By his sheer determination and professionalism under the most adverse of conditions, Lieutenant Colonel Dunn displayed devotion not only to the United States but also to his fellow prisoners; thereby reflecting great credit upon himself and upholding the highest traditions of the Marine Corps, the Naval Service, and the United States Armed Forces.