The 1996 Olympic games took place in Atlanta, Georgia at the Centennial Olympic Stadium later known as Turner field. The stadium has a capacity of 85,000 people who can be in attendance at a time. An astounding 197 nations participated in the event which is a record for the Olympic games. The Olympic games started off by having the legendary Muhammad Ali who is also an Olympic gold medalist,to light the Olympic torch during the opening ceremony. During this Olympic games there were many records and great races performed throughout the entire Olympic games for all the sports, but we are going to focus solely on the track side of the Olympics. Amazing races from Michael Johnson, Marie-José Pérec and Donovan Bailey took center stage in front of the world to see. However tragedy struck the games, the first time since the Munich games in 1972. A domestic terrorist attack happened on July 27, 1996 on Olympic grounds. “A pipe bomb spiked with nails and screws shattered the Summer Olympic Games today, transforming an international celebration of sport and fellowship into a symbol of the dark side of modern life”(Sack, 1996). It was reported that this bomb went off around 1:25 AM, it was put at a corner of Centennial Olympic Park. The bomb killed two people and it wounded a minimum 111 people. Fortunately, though an act of terror took place the Olympics still decided to go on. There were some athletes that felt that the ‘96 Olympics were tainted now like Matt Ghaffari who said, “Now when people say 1996, they're not going to remember the medals we won. They're going to remember this is the place where they had the terrorist attack” (Sack, 1996). Nevertheless, this Olympic stadium still hosted one of the best track and field results both on the men and women side.

Marie-José Pérec sprinting during the 200m 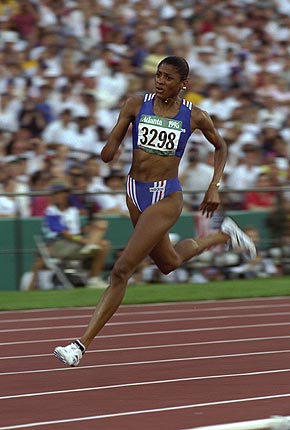 Michael Johnson preparing for the start of the 400m 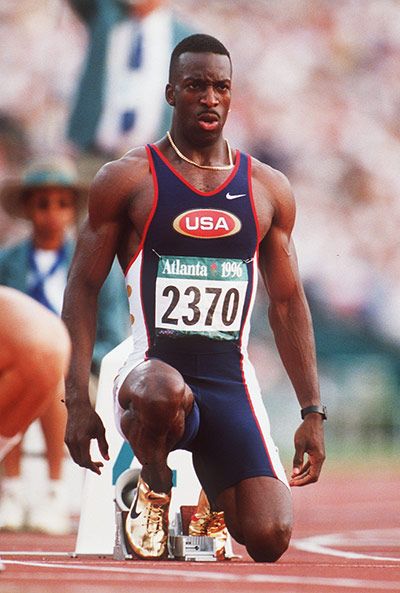 A picture of the Centennial Olympic Stadium 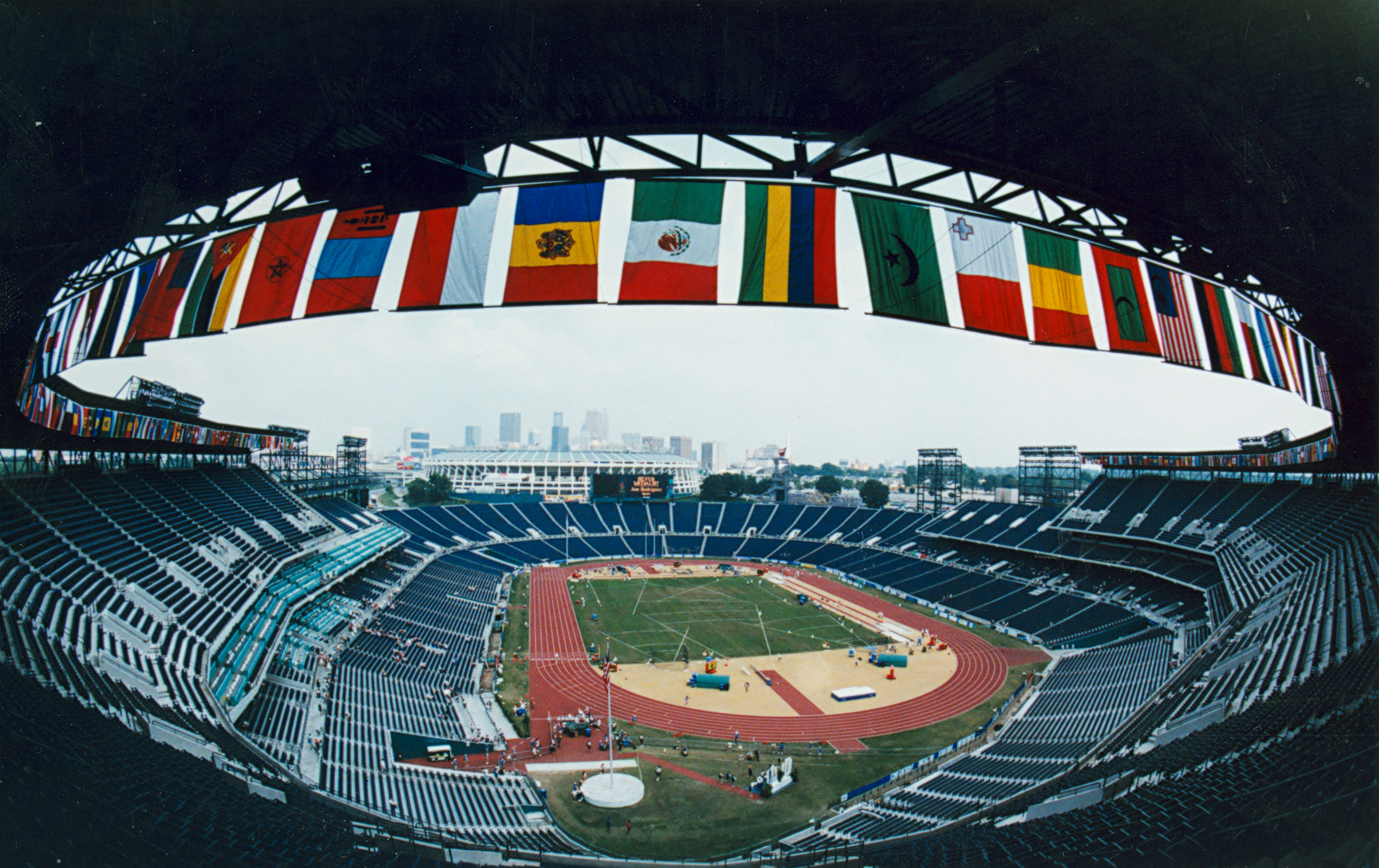 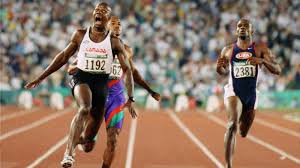 The 1996 Olympic games were held in Atlanta Georgia. This Olympic year it was the first time that all 197 National Olympic Committees were present at the Olympics games. There were many records and doubles that were done during this. It was a combination between Olympic and World records that were done. Doubles at the Olympics are pretty hard because you have to be able perform at the highest level and advance through multiple rounds to get into the finals.

Two athletes were able to do this during the 1996 Olympics. Michael Johnson and Marie-José Pérec were able to pull off the hardest double that there is in track. That is the 200m and 400m double. Until this Olympics no man or woman had ever been ever to accomplish the 400-200 double. With these very impressive performances they etched their name into Olympic and track history as greats.

Michael Johnson had a lot of pressure to perform really well during this Olympics since it was in his country. To add more pressure to that Johnson announced publicly that he felt that it was possible for him to achieve the Olympic double that no one achieved before as well. After advancing through both of the 400m/200m semis and quarter finals, for the final round Johnson broke out the gold spikes that became synonymous with both races. In the 400m, Johnson won the gold medal with an Olympic record time of 43.49 seconds. In the 200m, Johnson won the gold medal with a World record time of 19.32 seconds. He successfully completed the iconic double in running them in two forms of record time.

Marie-José Pérec is known as “the Gazelle” she was a France Olympian. After seeing Johnson state that he was going to go for the double, she decided to follow suit and say that she would do the same. Marie ran an Olympic record in the 400m with a time of 48.25 seconds. Being able to just edge out Pauline Davis and Cathy Freeman who gave her trouble during the race but she ultimately prevailed. Days later in the 200m final she won gold with a time of 22.12 seconds, thus becoming the Olympic double champion as well.

Another world record that was done during the 1996 Olympics came from North of the border. Candian Donovan Bailey ran a world record time in the 100m dash. This was very big at the time because every other country was inferior to the US which had been dominating the sprinting world. What made this race even better is that he won the race in record time on American soil. It was a very close race but Bailey edged everybody out and won with a time 9.84 in the 100m dash.