Confessions of a Funeral Director: How Death Saved my Life 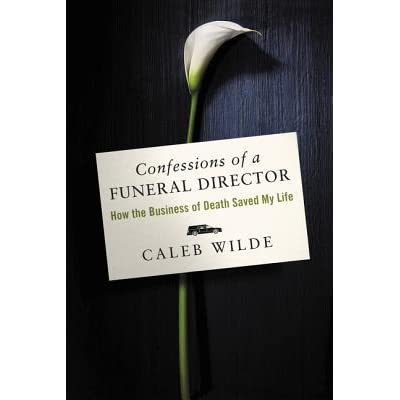 Alison Bechdel's rendering of events that took place within her own funeral home. 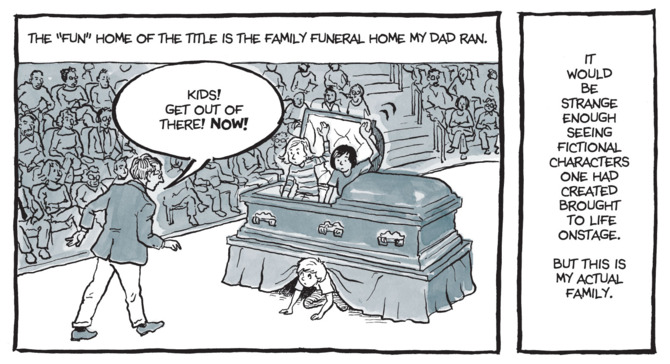 The final stop on our tour today will be outside of the Wilde Funeral Home in Parkesburg, Pennsylvania. Most funeral homes in the state are family operated, just like  Bruce Bechdel's business. Caleb Wilde currently operates this funeral home and serves as a 6th generational funeral director. Mr. Wilde offers the same kind of behind-the-scenes perspective as Alison Bechdel because of his 2017 work entitled, Confessions of a Funeral Director: How Death Saved my Life. Like Bruce, Caleb was not originally keen on the idea of becoming a funeral director and admits that he often struggled with depression and work fatigue. Like Alison, he too remembers playing hide-n-seek in the casket room and witnessing families in mourning. Both sets of grandparents worked out of their personal residences. Caleb believes that there are so many negative death-related narratives in the country today because we are not exposed to death anymore. He states, “We fear death because we don’t know it, we don’t see it, and we don’t touch it.” In fact, the funeral industry in the United States prides itself off of the fact that you can be just about anywhere within the continental boundaries of the country and be within 2 hours of a funeral home. As time goes on, we rely more and more on this profession and take less personal responsibility for our dead, making death seem mysterious to us. As costs of services continue to rise, perhaps we should begin asking ourselves how we can reshape such an import industry for the future. Hopefully this tour will inspire you to look into the industries that helped build up your own home towns and inspire your own Pennsylvania story. Thank you so much for your time and have a wonderful day!