Ferndale was founded in 1852 by Willard Allard, Stephen Shaw, and Seth Louis Shaw. The historic district is comprised of 46 acres of well-preserved Victorian architecture, consisting of 39 different buildings. Prior to European settlement, the area was populated by Wiyot tribes. It was also vegetated with huge ferns standing over six feet tall amidst groves of California redwoods, Douglas fir, Sitka spruce, and other trees, before the land was cleared by settlers for agriculture and dairy farming. The Ferndale Main Street Historic District was added to the National Register of Historic Places in 1994. 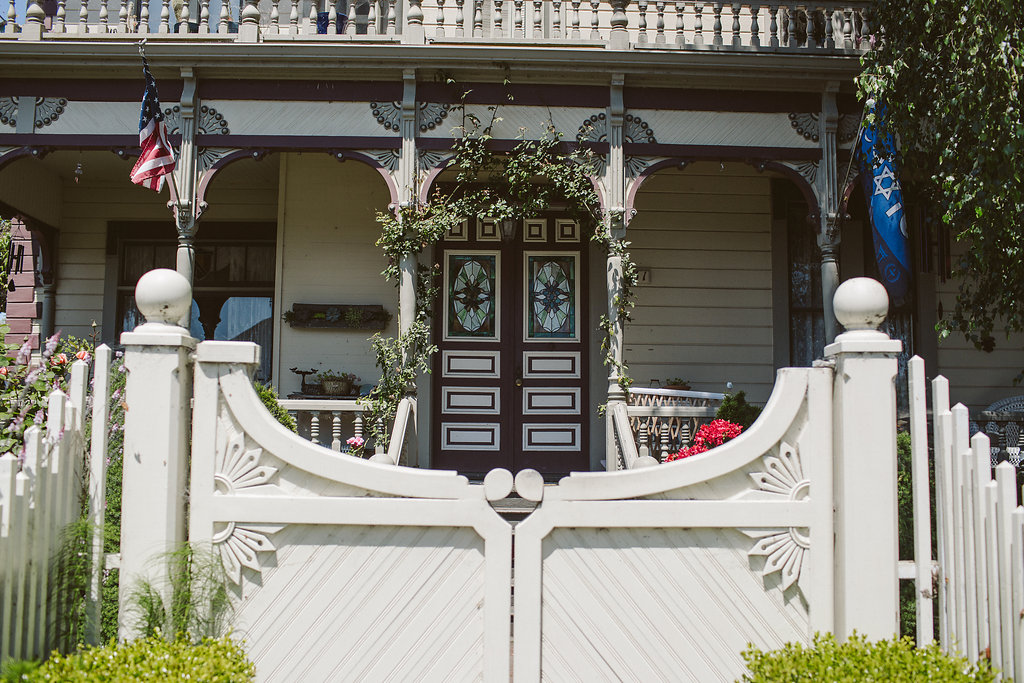 Quaint charm in the Victorian Village of Ferndale 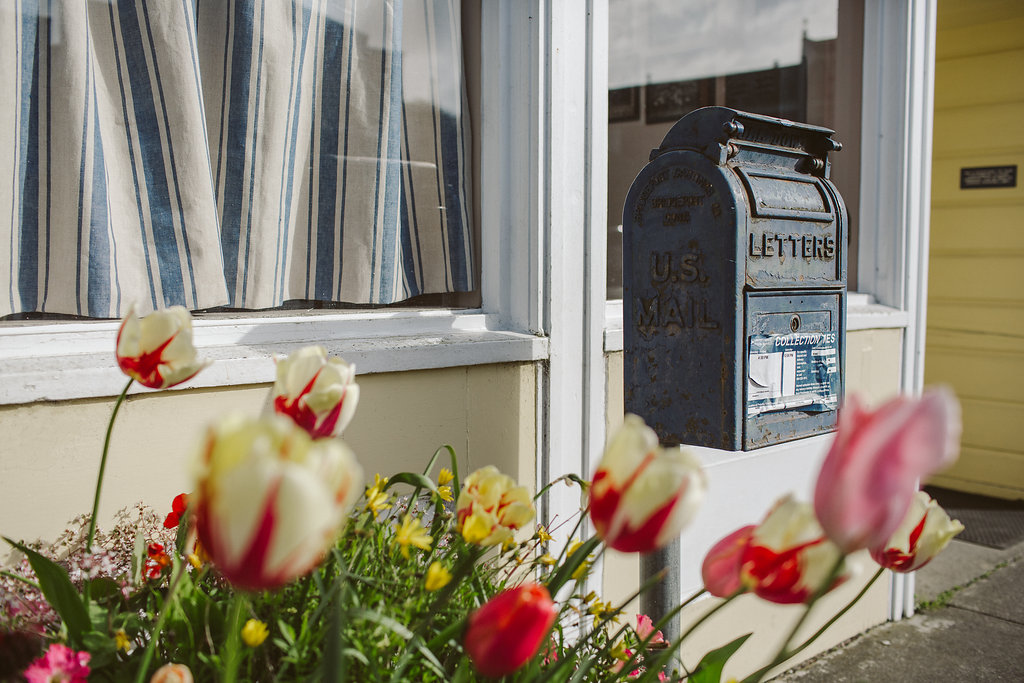 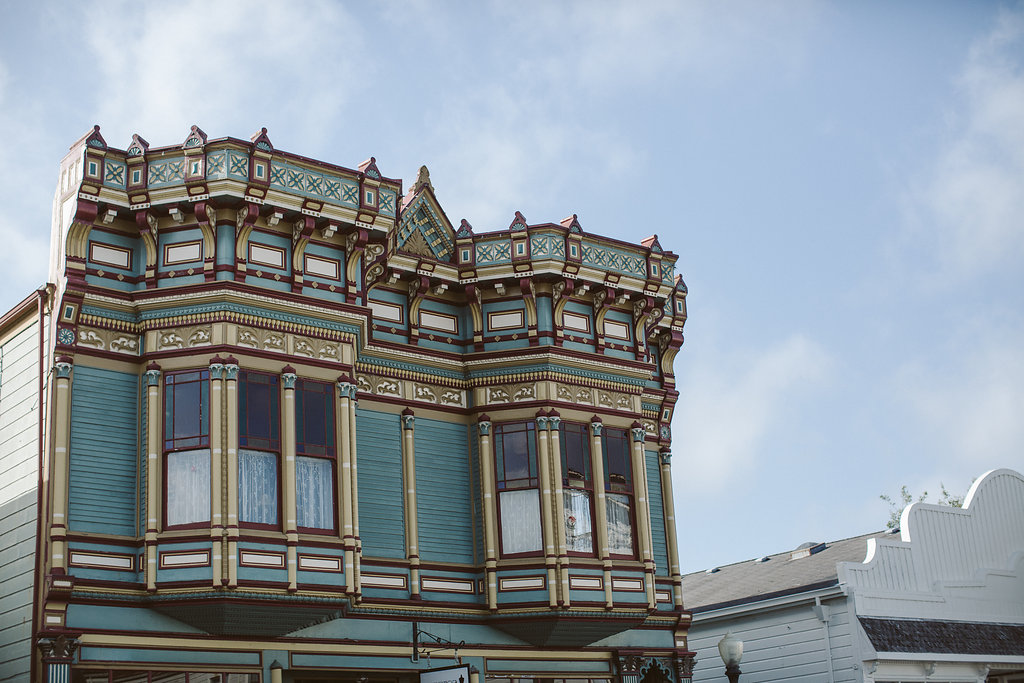 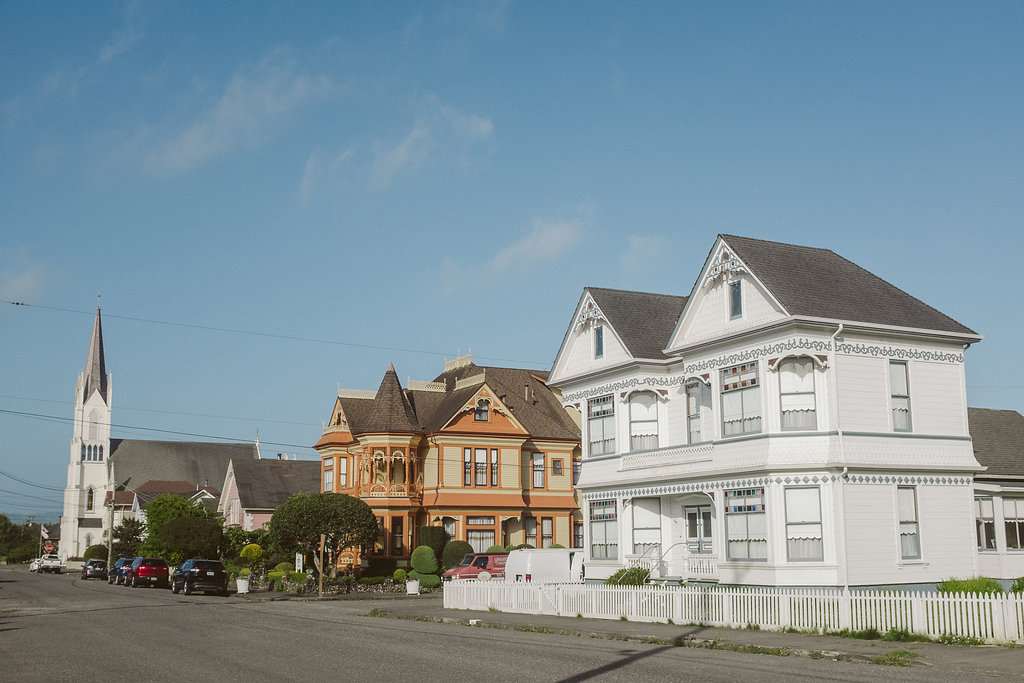 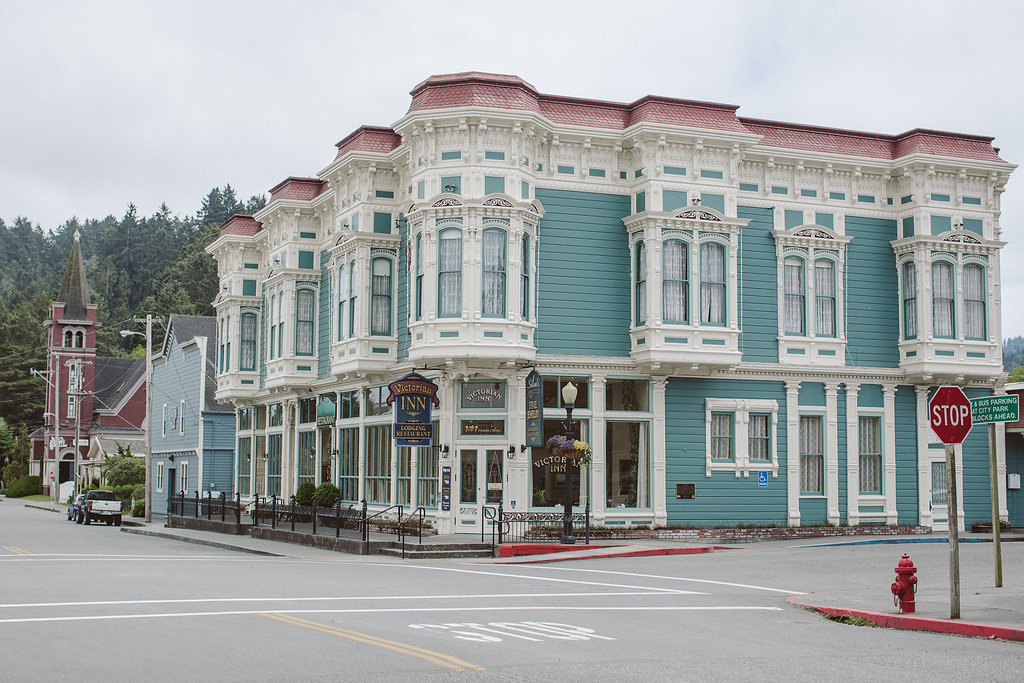 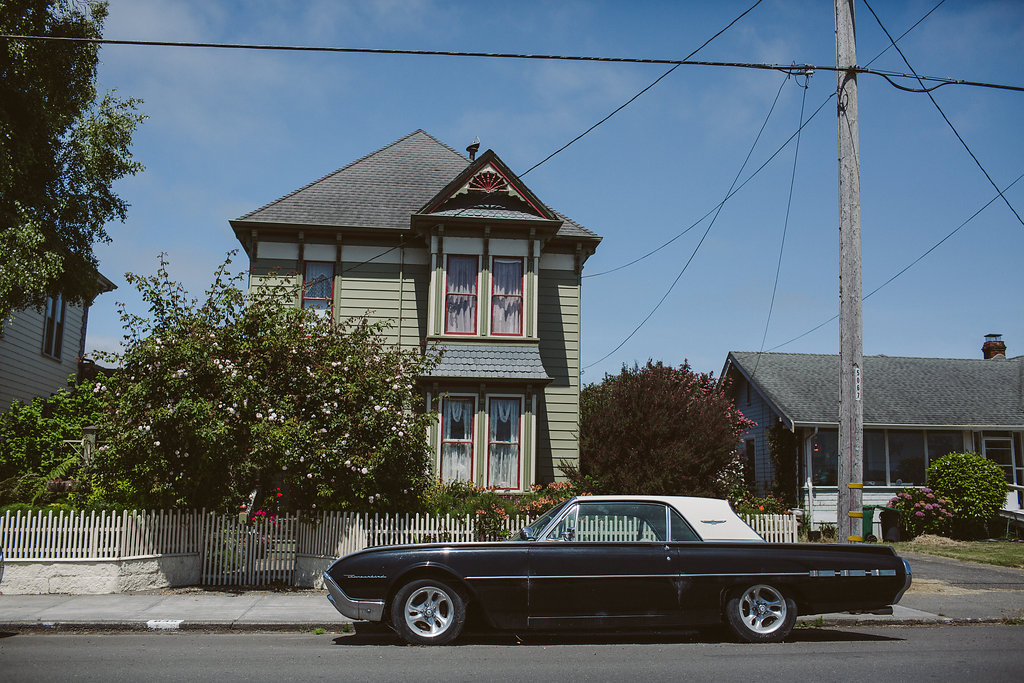 In 1852, while traveling via canoe along the Eel River, brothers Stephen and Seth Shaw reached an area of land comprised of Redwood forests, grasslands, alder groves and spruce trees. It was also heavily vegetated by giant ferns, which gave the land its name. Upon spending several months clearing this land for farming, the Shaw brothers also built a road and erected rustic cabins for shelter. The settlement that they created soon began to attract other European settlers to the area, mostly those who had ventured west following the 1849 Gold Rush.

In 1854, Seth Shaw built the first large home in the new town of "Fern Dale." This house later became the Ferndale post office, and today it remains standing on Main Street as the historic Shaw House, now serving as a Bed & Breakfast. As exemplified by this property, the Carpenter-Gothic style of architecture can be found throughout the historic main street district of Ferndale. Much of the town's wealth came from the production and shipment of farm produce on the Salt River to other parts of California.

Although the land in Ferndale was initially cleared for planting crops, the area was also naturally well-suited to pasturage for livestock grazing, especially for dairy farming. Thus, in addition to agriculture and orchards, the Shaw brothers and other settlers in the area began raising cattle. Beginning in the 1870s, a group of Danes arrived and began to operate cooperative dairy creameries in Ferndale. They produced what was considered to be the most excellent butter in California. Hence, Ferndale was nicknamed "Cream City." Ferndale's local dairy industry area also produced the first sweet cream butter to be made in the United States. In many ways, Ferndale's dairy farmers also revolutionized the dairy industry's methods of production, such as implementing the first cow testing program in the U.S. and implementing the first dry-milk processing plant on the West Coast.

Because of the prosperity that dairy farming and agriculture brought to Ferndale, many ornate commercial buildings and elaborate homes were built along Main Street. These became known as "Butterfat Palaces." The Ferndale Museum shares the history of the town's earliest days, its burgeoning industries, and its architecturally-distinct storefronts and residences. The Ferndale Main Street Historic District is recognized on the National Register of Historic Places and offers one of the best-preserved examples of a Victorian town in the U.S. Architectural styles include Queen Anne, Eastlake/Stick, Italianate, Neo-classical, Bungalow and Mission styles. This quaint historic district is also known as the "Victorian Village of Ferndale." It has been featured in Hollywood films and is popular as a year-round destination for tourists.