Il Grande Disco ('Grand Disc') was created by the prominent Italian artist Arnaldo Pomodoro and installed in the Queen City's Uptown district in 1974. With an eclectic and futuristic design, the sculpture has remained a symbol of Charlotte's flourishing arts scene ever since. Il Grando Disco is one of six similar public art installations throughout the world, with the others being located in Milan, Italy, Chicago, Illinois, Purchase, New York, and Darmstadt, Germany. The statue signifies Charlotte's transformative and dynamic energy.

A photo of Il Grande Disco. 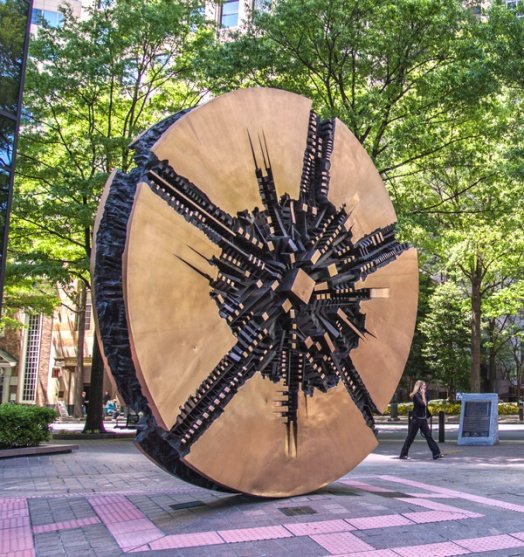 Il Grande Disco on the day of its installation in Charlotte in 1974. 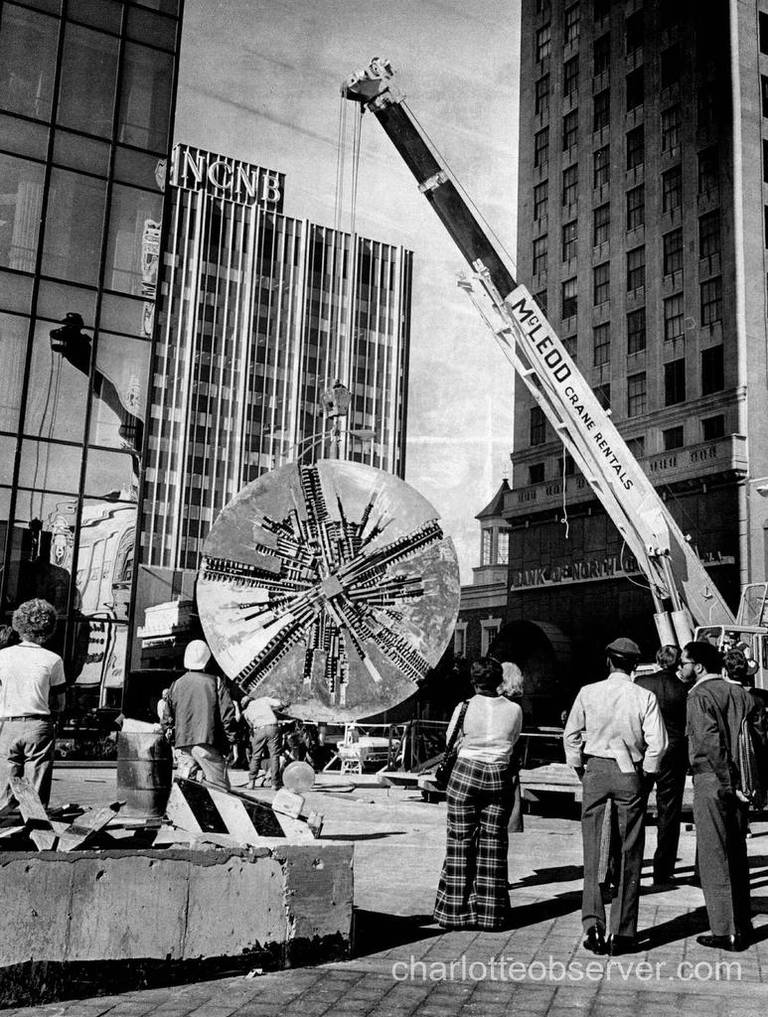 A photo of the Grande Disco twirling in the wind, taken in 1974. 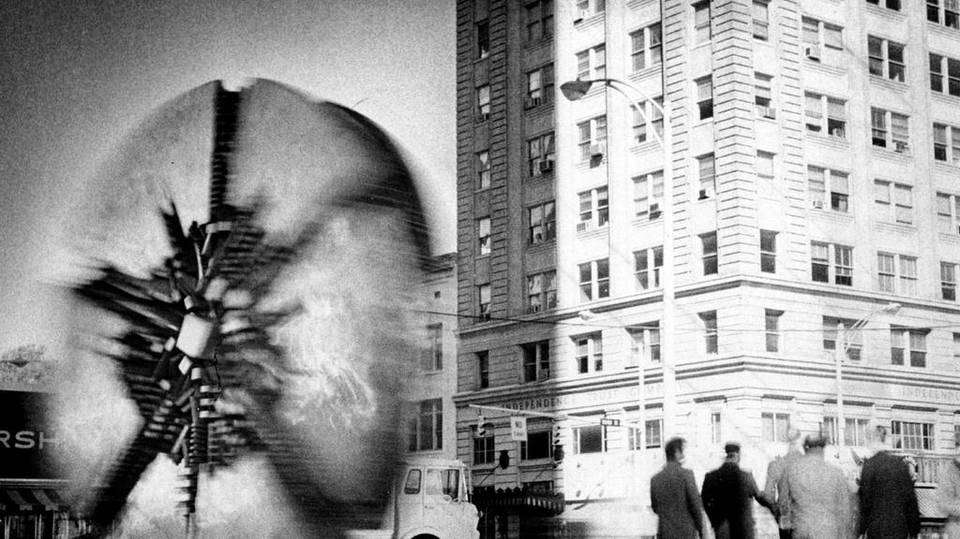 "Our life today is one of crisis...of movement...of tension. We do not know what our world will become. I try to say something about this uncertainty in my work. I try to communicate a sense of vitality and connection with the movement of life today...and to be a part of its movement. The social challenge of art today, in my opinion, is to start a dialogue with people. I hope that is what happens here with Grande Disco."

Il Grande Disco ('Great Disc') was established in Independence Square in Charlotte, North Carolina on October 2nd, 1974. The piece was installed by the North Carolina National Bank (which would later become Bank of America) and its CEO Hugh McColl to commemorate Mecklenburg's Declaration of Independence from England. Grande Disco was created by the prominent Italian sculptor Arnaldo Pomodoro. In 1974, when the sculpture was placed in the middle of Charlotte's Uptown area, the fact that a sculpture made by an Italian artist was placed in such a prominent part of the Queen City was a source of controversy among Charlotte residents.

When Grande Disco was first installed, it had the ability to whirl with the wind and slightest push, despite its weight of six tons. However, one day it stopped moving. It is now anchored in place. Throughout its existence in the center of Charlotte, Il Grande Disco has become a beloved part of the Queen City's artistic Uptown area. The sculpture is made of bronze and is fifteen feet in diameter. There are five other versions of Il Grande Disco throughout the world, all with the same design and similar installation dates. These other statues are located in Chicago, Illinois, Milan, Italy, Purchase, New York, and Darmstadt, Germany. The statue's eclectic, futuristic design, circular shape, and (former) ability to move symbolizes the Queen City's vital energy, movement, and constant transformation. Today, the Grande Disco remains in the center of Charlotte's Uptown district, at the corner of Trade and Tryon Streets in the Bank of America Plaza.