The Greek Night School fits into the themes of immigration and ethnicity because it show the Immigrant Greek community integrating into their new found American one. Not only was the school founded to help promote knowledge and skills that would be useful for integration into America, but it also made sure to retain important aspects of Greek culture. 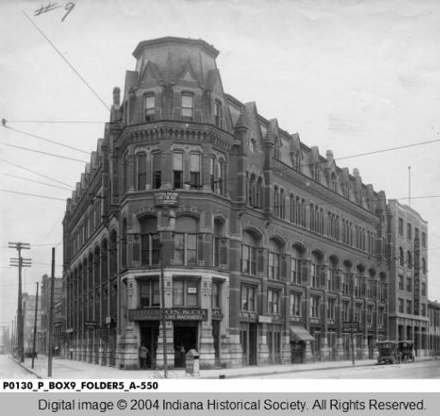 On October 22 in 1906, in the Magnolia Building on South Capital Avenue, the first Greek night school session in Indiana was held. Night school was a common occurrence for Greek communities in the US and was important not only to help smooth the process of integrating into life in America, but also help retain the cultural values that were important to the Greek community. The majority of Greeks that came to the US did not speak much English, if any at all. One of the main focuses of the Greek night school was to teach English to the Greek immigrants, in hopes that knowledge of the language would allow more Greeks to get out of hard, low skill, low paying jobs for jobs that would pay more. However, Greek school was also important in furthering the Greek communities’ education on all things Greek, including the language, history, and current events. All of the functionalities were maintained by the community in hopes that the investment would pay off in the long term with Greek community becoming more integrated into American society. The greek night school was built on as the years past and in 1911 began to be held at the YMCA, starting with a class of "forty pupils" (Indianapolis Star, 1911). The school itself is another example of more infrastructure within the Greek community being built and maintained in hopes of keeping their cultural identity and practices, while still being able to function and advance in American society.