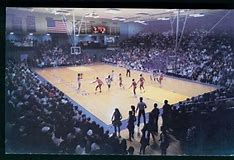 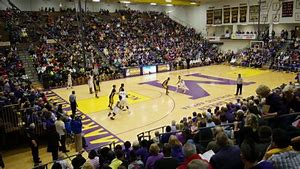 Bill Green Athletic Arena, home of the Marion Giants, is one of the largest basketball arenas with a capacity over 7,500. The Marion Giants are considered by many the most successful high school basketball team in state history. The Giants have won 70 sectional championships which is third most of any school. They also have 39 regional championships, 15 semi-state championships, and 8 state championships, all most of any school in the state (IHSAA). Bill Green, who the arena is named after, is the winningest basketball coach when speaking of state championships in the state. He has won six championships, five of those coming at Marion (Bill Green). Marion also has the most Mr. Basketball’s, an award for the top high school basketball player, with four. Notable alumni include teammates Jay Edwards and Lyndon Jones, who both played under Bob Knight at Indiana University, as well as Zach Randolph, an NBA All-Star for the Memphis Grizzles.

Marion and Bill Green Athletic Arena were most prominent in the 1970s and 1980s, under Coach Bill Green, where the won five state championships from 1975 to 1987. This included a three-peat from 1985 to 1987. This three-peat was referred around the state as “Purple Reign”. The Bill Green Arena at this time exemplified the phrase “Hoosier Hysteria”. The arena and town fit what amateur basketball meant to Hoosiers. The sold-out arena and raging crowds proved that basketball meant more in Indiana.

Bill Green Athletic Arena plays a significant role in the history of Indiana amateur basketball and represented the finest display of what basketball meant to the state. Indianapolis Star high school sports reporter Kyle Neddenriep commented on the arena "Marion probably promotes its athletic history... as well as any school I've seen in the state in Bill Green Arena." (Neddenriep). Marion, along with all of Indiana high schools take pride in their teams' success. High school basketball has taken a decline in recent years, but is still unmatched with any other state in the country. The Marion Giants exemplify the pride Hoosiers take in amateur basketball. From the communities that back the teams through thick and thin, to the success at the highest level, the Giants express the hysteria surrounding the state's amateur basketball.