Occupying the entire block on Park Avenue between Waverly and Washington, the building that now houses luxury apartments was once one of the nation's leading chocolate manufacturers. Founded in 1886, the Rockwood & Company Chocolate Factory was based in Manhattan and moved operations to this 1890 facility in 1904. The factory building caught on fire in 1919 and was saved by firefighters, but the damage from the fire led to an event known as the Brooklyn Chocolate Flood. Rockwood was one of the nation's largest chocolatiers and this factory operated well into the twentieth century before this plant closed in 1967. The building, which is listed on the National Register of Historic Places, has been converted to housing and is known as the Chocolate Apartments. 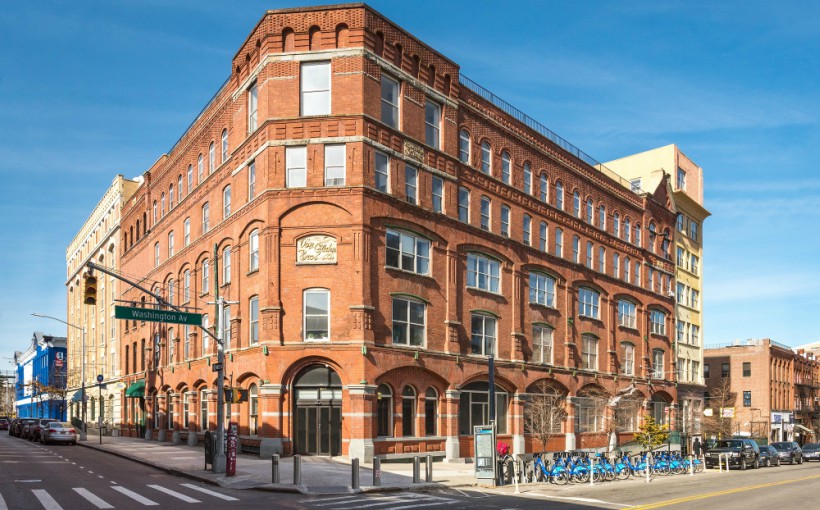 An advertisement for the company from the early 1900s 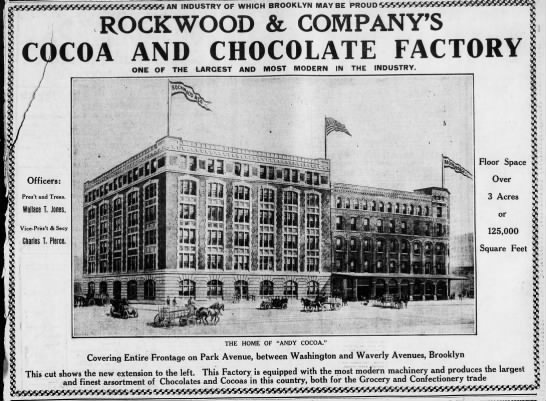 The Brooklyn Daily Eagle May 12, 1919 via the website TurnstileTours. 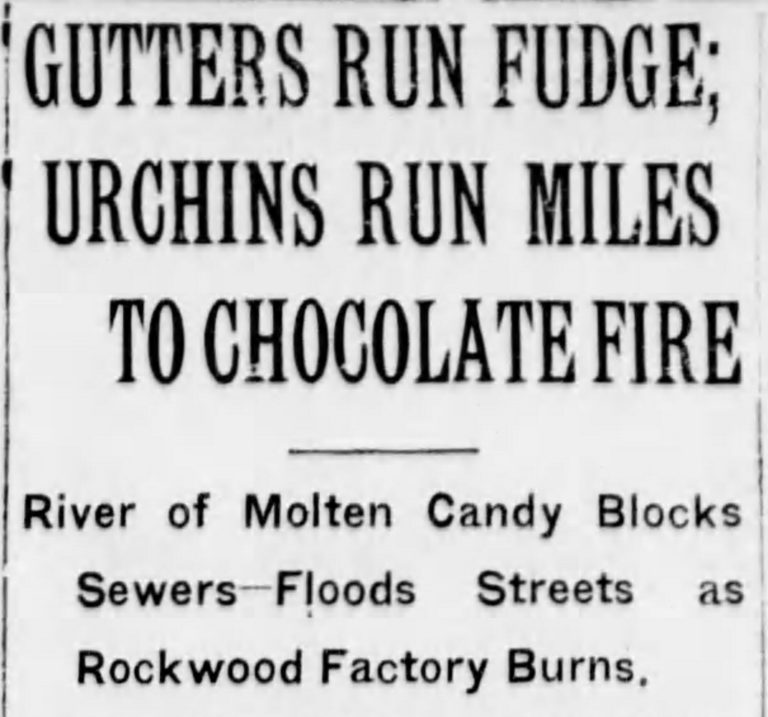 The building that now houses luxury loft apartments in Brooklyn was originally built for the Van Glahn Brothers, a wholesale grocer. The building was constructed in 1890, at a time when the neighborhood, then known as Wallabout, was a thriving industrial area. The construction of the Brooklyn Bridge and the elevated railroad on Myrtle Avenue contributed to Wallabout's becoming one of the nation's leading manufacturing centers, with more than 5,000 industrial establishments by the early 1900s.

The Rockwood Chocolate Factory began leasing the building in 1904. At the time, Rockwood Chocolate was second only to Hershey's in production and sales of chocolate in the United States, and over the next several years, the company gradually increased its footprint on Park Avenue, expanding northward to Flushing Avenue and westward to Waverly Avenue.

One of the more interesting events in the factory's history occurred in May of 1919. On May 12, a fire in the factory led to butter and cocoa melting and running into the street, creating a river of chocolate. The chocolate collected in the neighborhood's storm drains which also caused water to back up into the street. A newspaper account from the time recounted young children rushing into the street and scooping up handfuls of chocolaty ingredients. According to the Brooklyn newspaper, some of the smaller children were carried away in a scene that anticipated the fictional tale of Willy Wonka.

The Sweets Corporation of American bought the factory after World War II and operated the facility until 1967. After the closing, the buildings sat empty for a number of years. They were sold in 1996 and renovated for use as high-end apartments, which are now known as the Chocolate Factory.

The complex of buildings, seven in total, is listed on the National Register of Historic Places.