The Arcadian Mineral spring was opened in 1884 by James K. Anderson. Anderson was involved in many of Waukesha’s springs, such as Silurian. Arcadian spring was located at the corner of Arcadian and Hartwell Ave. at the foot of the hill, where a gas station now stands. Arcadian spring became a popular attraction in Waukesha during the late 19th century when people would travel to Waukesha to partake in its abundant natural mineral springs. Arcadian was eventually bought out by Roxo, another Waukesha spring business. The original Arcadian spring was eventually closed and torn down, but Roxo continued the Arcadian name for a while. Roxo would go on to become one of the longest lasting spring businesses in Waukesha. 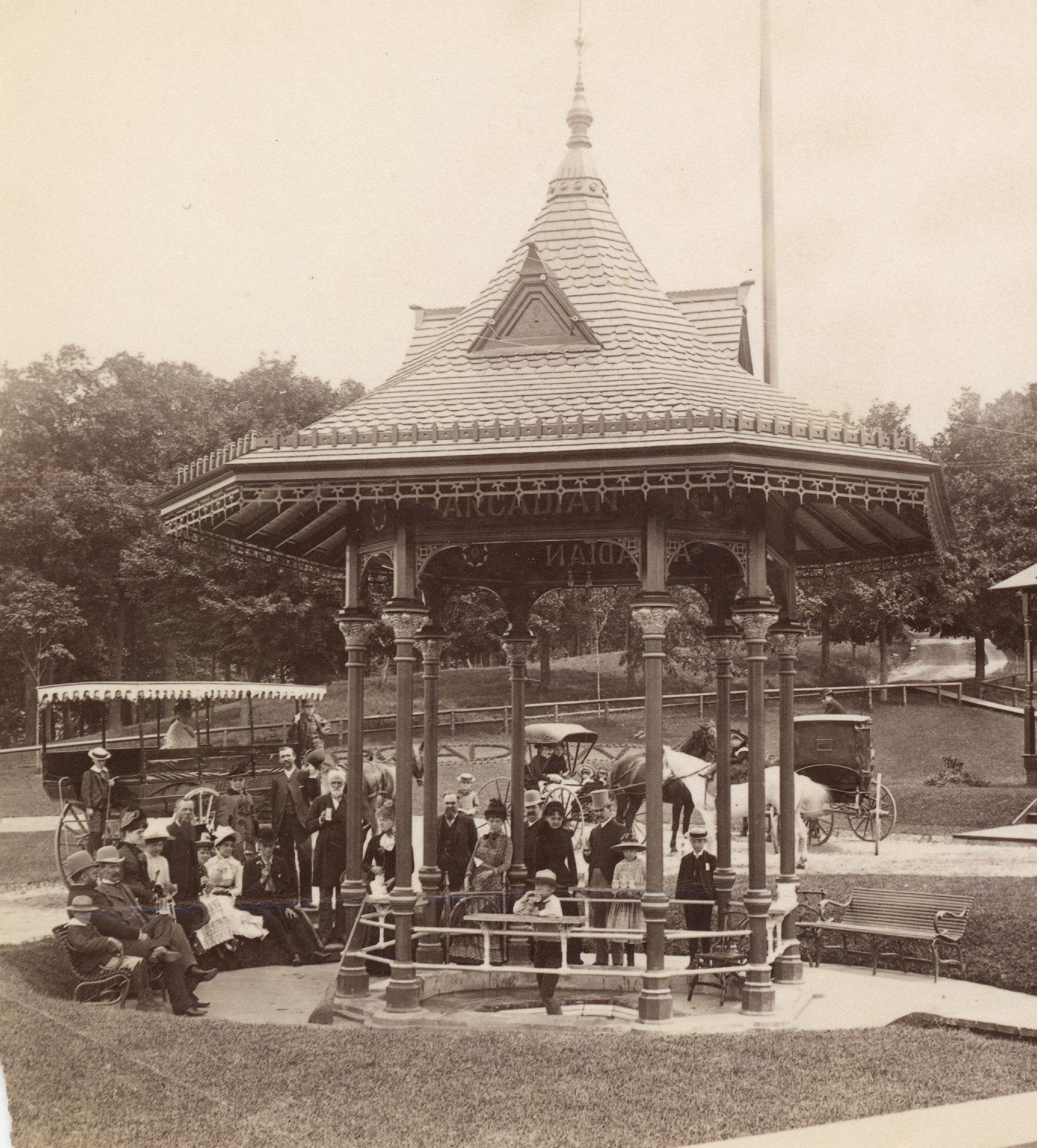 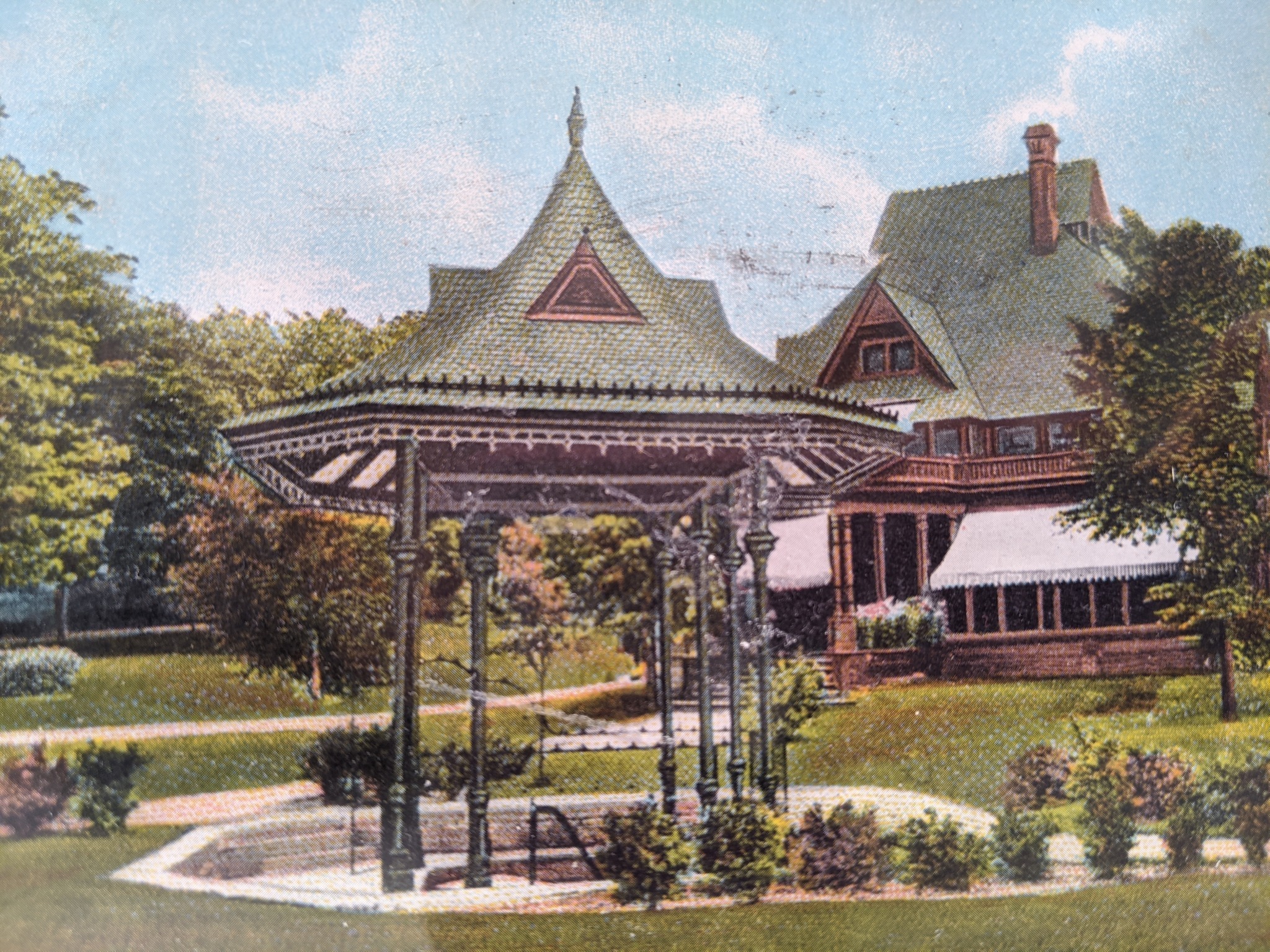 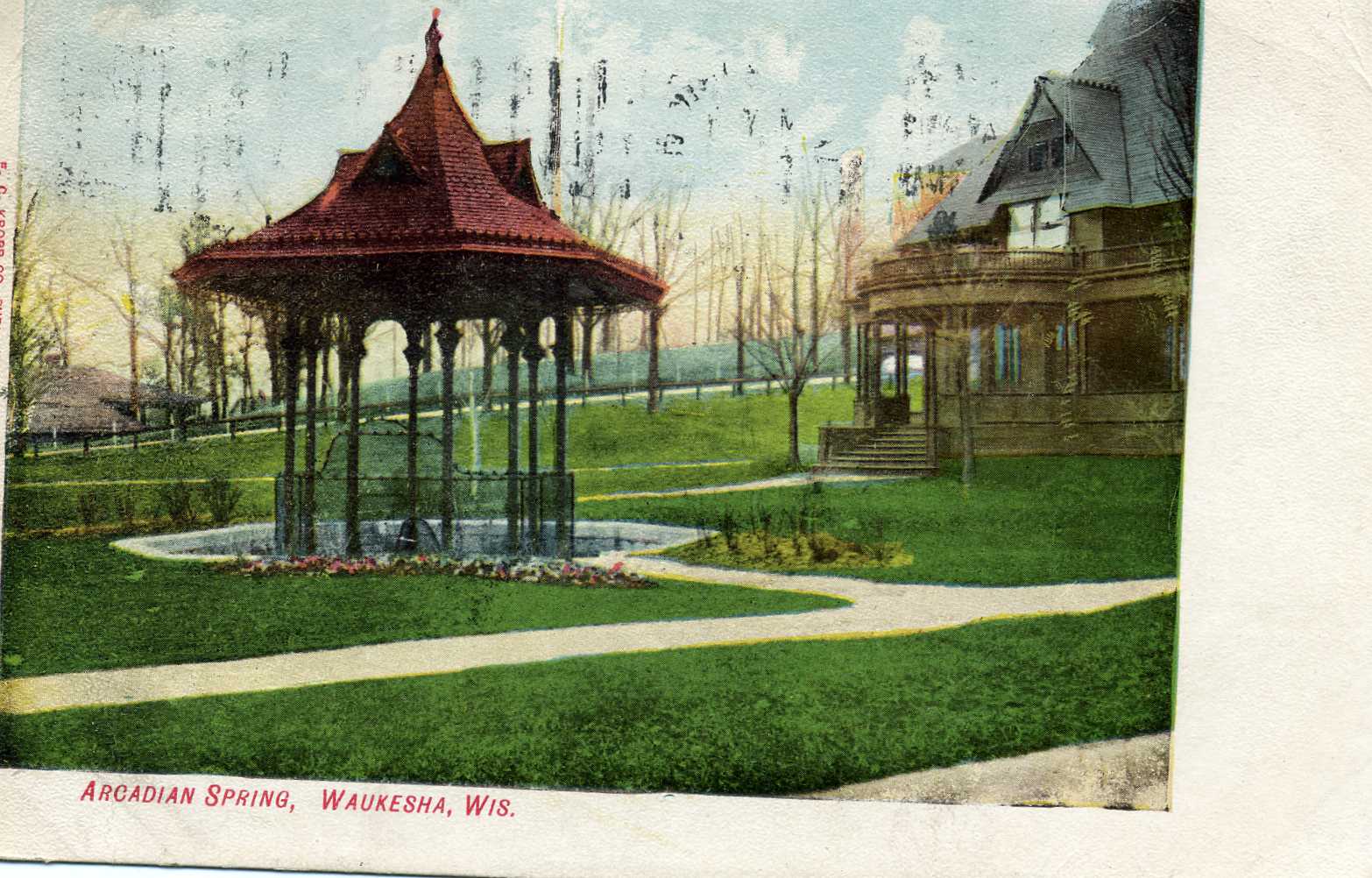 James K. Anderson was a local magnate in the spring business around Waukesha, he was involved in several of Waukesha’s most famous springs. After working as the manager of Silurian spring, another successful Waukesha spring, Anderson opened his own spring on the corner of Arcadian and Hartwell Avenue at the foot of the hill in 1884. Anderson improved the spring and constructed a limestone bottling plant and handsome springhouse to protect the water of the spring. In 1885, a small booklet was produced by the company to promote the water. This booklet gave a detailed description of the water and bottling process. The water was carried to the bottling house by its own pressure, drawn by solid block tin pipes from the heart of the spring. The grounds around the spring were illuminated by electric lights as early as 1888.

Anderson sold the spring to Henry Phelps in 1891, whose family added to the plant and continually upgraded the equipment. Arcadian bottled water, ginger ale, and many other beverages. Arcadian Spring was successful during Waukesha’s time as a resort town. Phelps sold the spring in 1918 to Albert Trostel of Milwaukee, who owned another Waukesha spring water business, the Roxo Company. Roxo began in 1907 and originally used water from a spring called Sotarian, which still exists today under a concrete bunker on the corner of Hartwell Ave. and McCall street.

The combined companies operated in separate facilities for a time, but in 1929 an addition was built at the Arcadian plant and all operations moved there. By this time, Arcadian Spring was no longer being used to supply the water for the beverages and spring water, but rather a different spring on the North East corner of Waukesha Springs park, formally known as Crystal Rock spring. This spring also still exists under a large concrete bunker.

In September of 1938, the Arcadian Springhouse was demolished, and the land was used for other purposes. This did not seem to affect the people of Waukesha, and when reporting on the event, the Waukesha Freeman Newspaper even called it a "relic of bygone days." Roxo continued on, and in 1935 the machinery in the plant was updated. It became one of the largest and most modern bottling plants in the city. Roxo became a successful business in the next few decades, and Roxo beverages were bottled at the old Arcadian plant until 1967 when the company was bought out by one of the biggest and longest lasting spring businesses in the city, Bon-Ton / Bethesda. After this, all bottling of Roxo beverages took place at the Bethesda plant.

The old Arcadian / Roxo bottling plant sat abandoned and deteriorating for a while, but was eventually converted into apartments. It still stands today across from the gas station on Arcadian Ave. In this way, the legacy of James K. Anderson and Arcadian spring live on.