This is the largest mural in Amsterdam in tribute to Johan Cruyff, the mural is in the neighborhood “Park de Meer”. This neighborhood is famous for the old Ajax stadium The Meer stadium, therefore here there also had to be a tribute to the player “and opposite the neighborhood of Betondorp, where Cruyff grew up” (Akzo Nobel). The mural was inaugurated in 2017 is 13 by 8 meters Designed by Brazilian artist Paulo Consentino 11 days were required to paint the mural. This mural represents the gratitude that Holland has for Johan because thanks to him they rose to the elite of world soccer reaching the finals of the world cup of 1974 and 1978 because the player who used the number 14 represents a lot to the Dutch people. 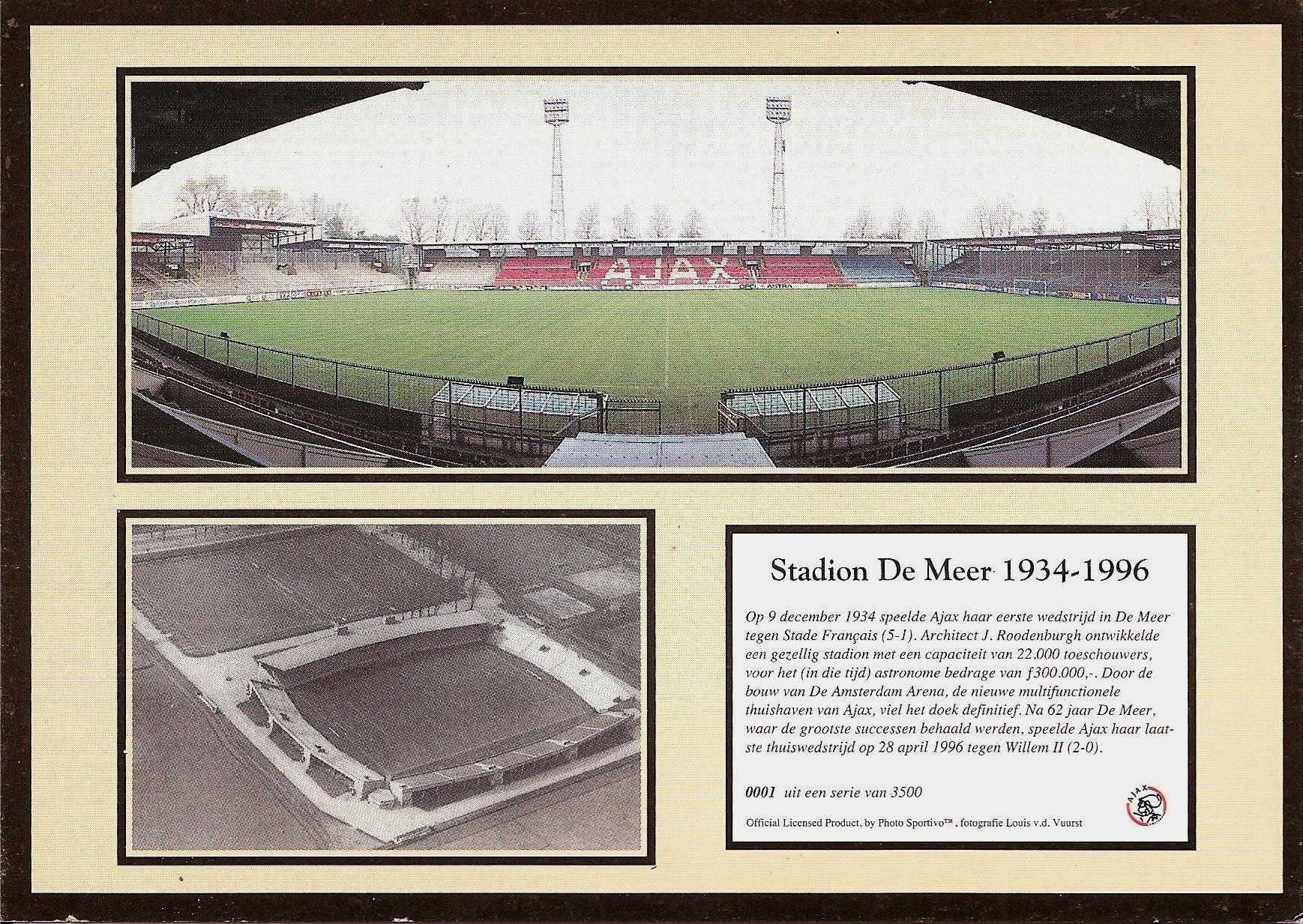 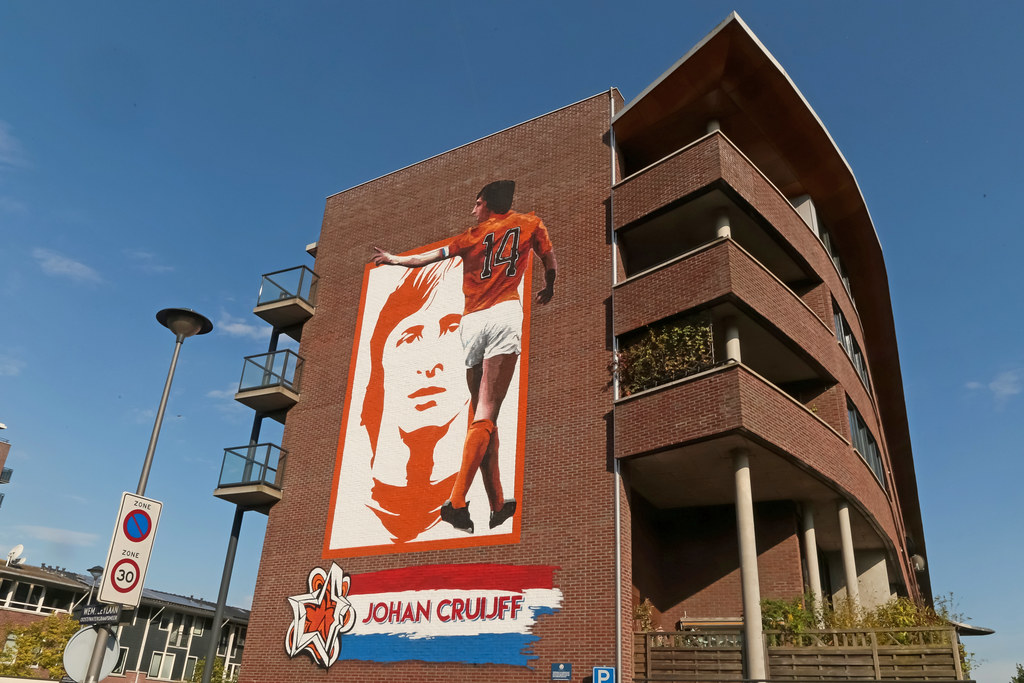 They decided to make this work where the old Ajax stadium was, the famous Meer park stadium which was the home of Ajax from 1934 to 1996, where Johan took his first steps as a soccer player, also where he marked his amazing plays with one of the greatest teams in the Netherlands. In addition, this is a way of honoring the people who marked the history of the sport and above all an example for the children of the “Park de Meer” neighborhood, since the image of this great player will be present, as the widow of Cruyff said during the inauguration. of the mural “The painting is beautiful, very special to unite us in a memorable location”.

The Meer stadium is very important for the history of Ajax because here the club played many games “the 1930's were also a special decade for the club as in 1934 they moved into what would become known as "De Meer." Their new stadium where which legends would be born. It was there that Ajax would call home fore over 60 years and be the place that the club would come to dominate Dutch football and grow into a power across Europe”. (Ajax Fc) because each time the club became more recognized for its style of play, it became more popular in europe until johan marked the history of this club. Such as in the season “In 1972, led by the world famous Johan Cruijff, Ajax had one of the best seasons ever by a professional football team winning the National Championship, the Dutch Cup, the European Champions Cup and the World Cup” (Ajax Fc). well here was where Johan showed the world that he was going to be one of the best players in history

This neighborhood was built between 1998-2002 "The new development is instead a set of perfectly ordered monoblock buildings in which about 1,500 people live and whose name is not coincidental: it occupies the exact place where De Meer, the old field of Ajax FC, stood, the most famous, famous and winning club in Dutch football" (Chiseleanschi,2019). In addition, the designers of this neighborhood had a plan that the streets should have the names of famous stadiums in Europe "Wembley, Anfield, Santiago Bernabéu, Delle Alpi, Prater, Colombes-; and the bridges that jump the smallest artificial channels, the names of ancient Ajax legends"(Chiseleanschi,2019) and also of the players, that is why a neighborhood makes it in homage to soccer and in space to the players who made the difference.

As commented by the paint company Akzo Nobe who sponsors the artwork and partners of the Cruyff foundation "Our partnership with the Cruyff Foundation helps make children’s lives more live able and inspiring by giving them more access to sports. The unveiling of the mural is a colorful way to celebrate the legacy of Johan Cruyff and what he still means for so many children today." Ruud JoostenIn the painting Johan appears with the shirt of the Netherlands team that is also remembered for being the best team in the history of this country . With the national team of Netherlands “In the 1974 World Cup, the Dutch team, nicknamed "the Clockwork Orange" for its orange jerseys and precision teamwork, created a stir advancing to the finals. Although the team lost the final to West Germany, Cruyff was named most valuable player”. (Janssen,1997)