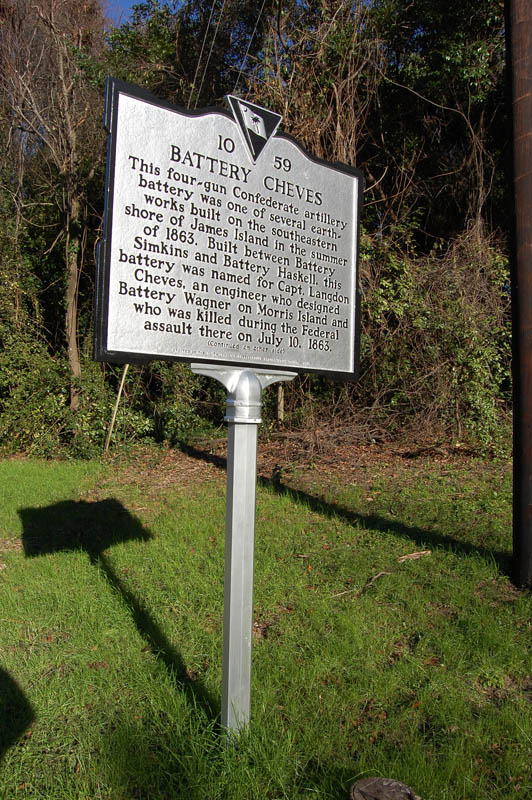 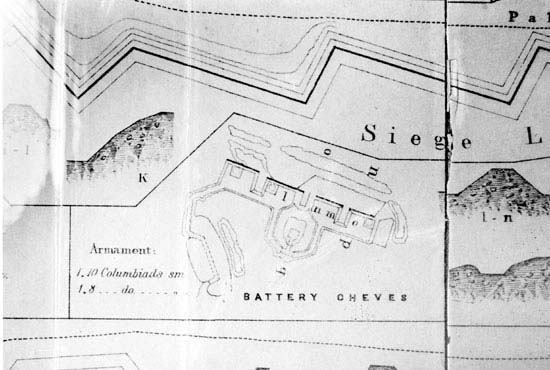 Battery Cheves is a Confederate artillery emplacement which played a crucial role in the coastal defense system of Charleston, South Carolina. It is located on the southeastern corner of James Island at Charleston Harbor and had the responsibility of helping in the defense of James and Morris islands.

The battery is named in honor of Captain Langdon Cheves, a Confederate engineer who was most well-known for constructing the "Gazelle," a hot air balloon used for battlefield observation. The Gazelle was used in June 1862 at Richmond, Virginia, during the Battle of Seven Pines. Captain Cheves was also known for directing the construction of Battery Wagner, a Confederate artillery emplacement, which was critical to the coastal defenses of Charleston, South Carolina, and located on Morris Island. A wealthy South Carolina aristocrat prior to the war, Captain Cheves was killed in action on Morris Island in Charleston on July 10, 1863.