The Congregation of Sisters of St. Agnes first moved to Fond du Lac in August 1870. They settled on 12 lots of land along East Division Street which they had purchased for $6300. The congregation used the existing house on the property as their first motherhouse. The house has been moved twice and is now a private residence.

Plat map from 1857 showing parcel of land the Sisters of St. Agnes would purchase 13 years later. 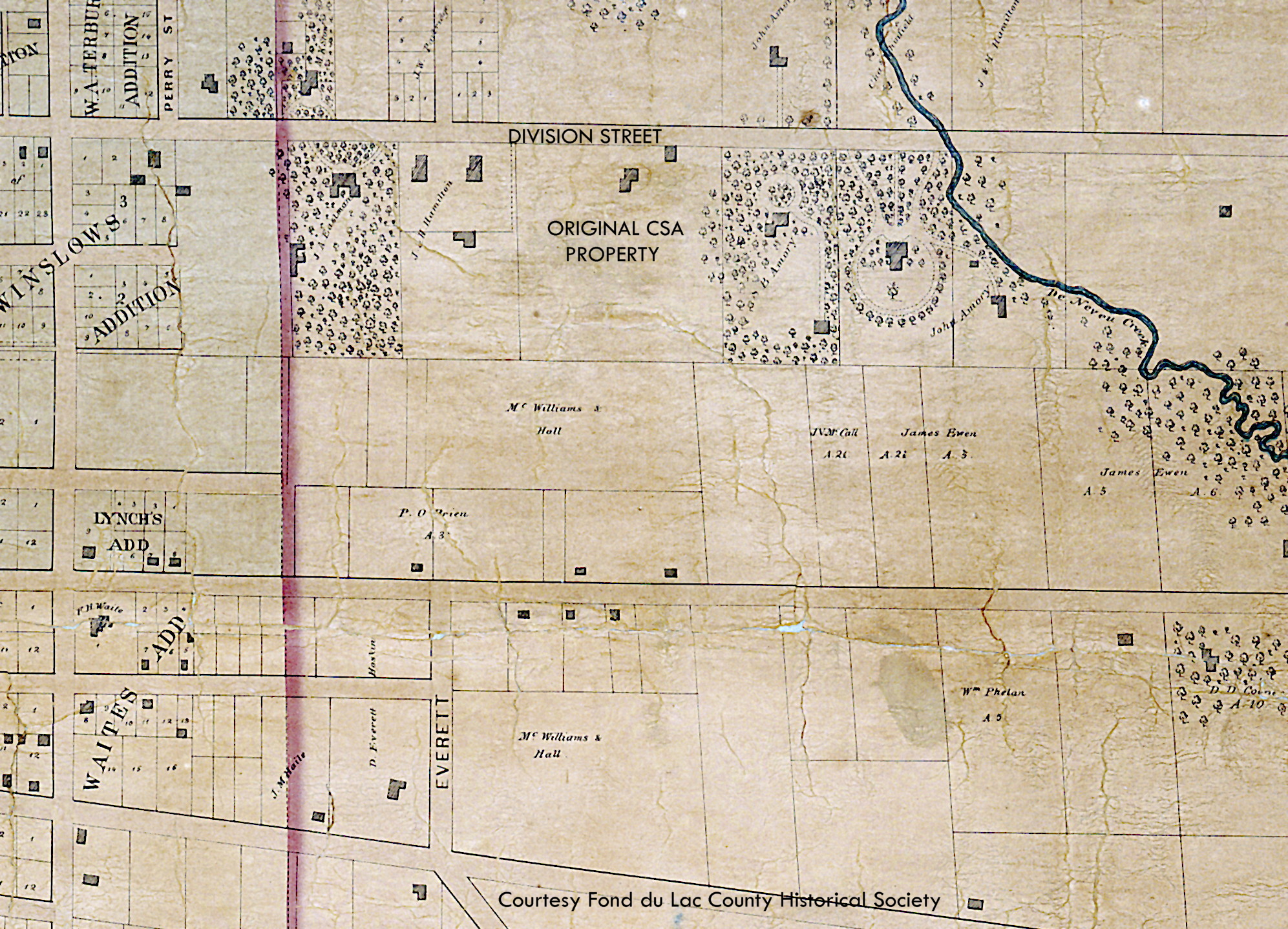 Plat map from 1874 showing the Sisters of St. Agnes Convent on Division Street 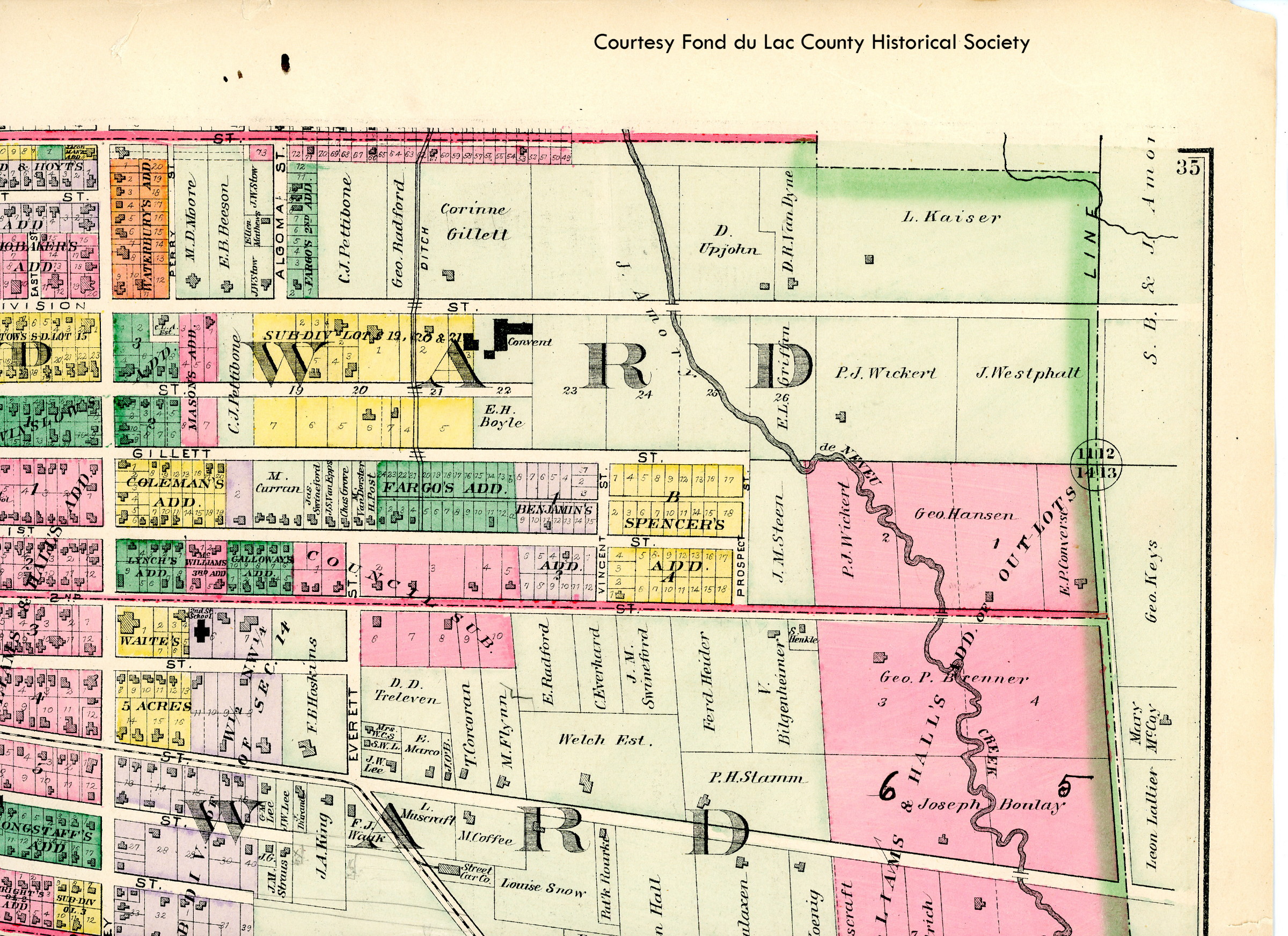 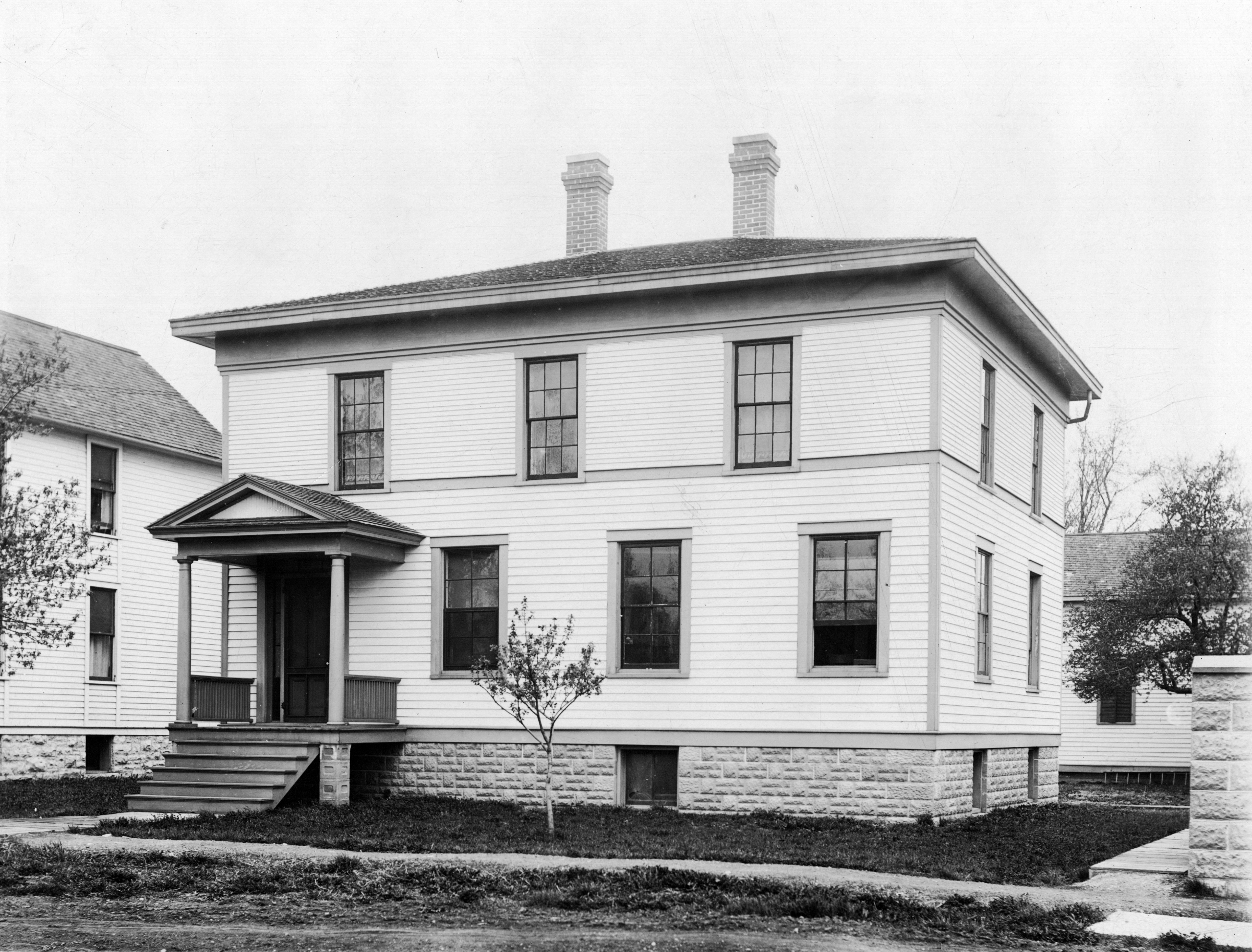 In 1870, Father Nicholas Pickel, pastor of St. Mary’s parish, invited the Sisters of St. Agnes to move their motherhouse from Barton, Wisconsin, to Fond du Lac, assuring Mother Agnes Hazotte that the pastors of all three local parishes would welcome them. During an earlier visit to Mount Calvary, Father Francis Haas also had encouraged Mother Agnes to move from Barton. Recognizing the greater opportunities which the second largest city in Wisconsin offered the congregation, Mother Agnes made up her mind quickly and, for $6300, purchased twelve lots of property on East Division Street that included a frame house and new barn and stable.

The frame house continued to be used by the sisters and when it was determined the new motherhouse would need to be expanded in 1908, the original convent was moved to 357 Sheboygan Street and renovated for use by the congregation’s hired help and hospital workers.

The house was moved again to 1st Street in the 1980s and is currently used as a private residence.