Antiochian Heritage Museum is located on the campus of Antiochian Village, a conference and retreat center, and is open to the public year-round.

Exhibits celebrate the artistic, cultural and spiritual heritage of Antioch, where the disciples of Christ were first called Christians 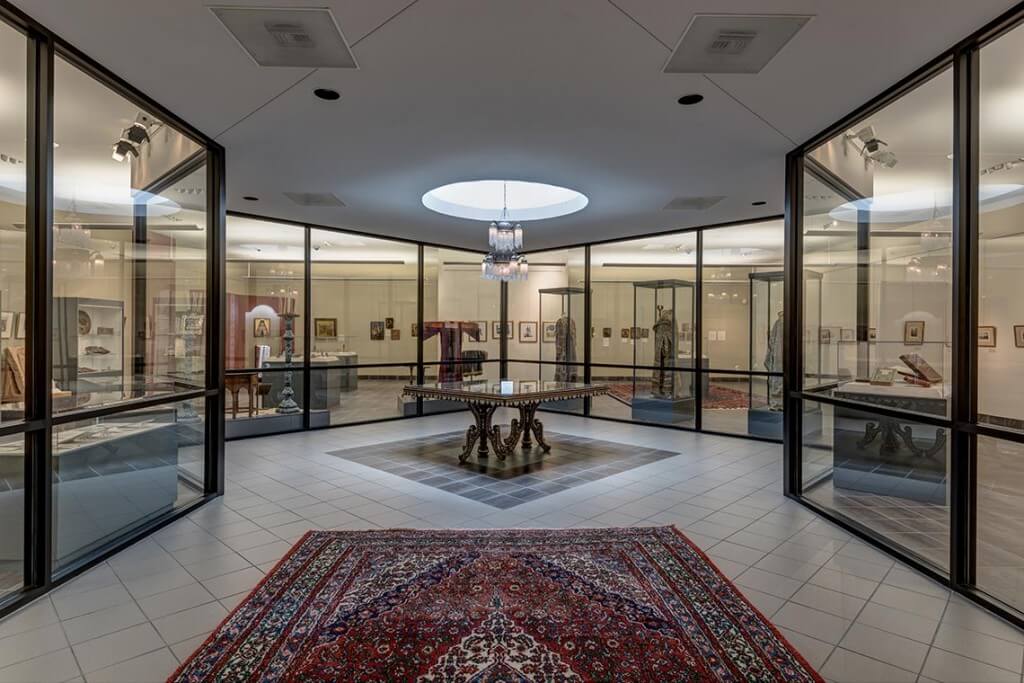 The Antiochian Orthodox Church traces its roots to the ancient Greek city of Antioch in modern-day Turkey. Apostles Paul, Barnabas, and Peter founded the Church of Antioch, one of the five ancient Patriarchates, or offices, of the Christian Church, along with Alexandria, Constantinople, Jerusalem, and Rome. According to the Bible, Acts 11:26, the disciples at Antioch were the first people called Christians.

Antiochian Village was founded by Metropolitan Archbishop Philip Saliba, who envisioned a spiritual oasis for youth and adults. In 1978, the Antiochian Archdiocese purchased Camp Fairfield, a former Presbyterian youth summer camp, to renovate and expand upon into the Conference and Retreat Center, which opened in 1985. Antiochian Village opened the Antiochian Heritage Museum in 2004 to share the history of Orthodox Christianity and its rich cultural traditions.

With its origins in the ancient Middle East and Mediterranean, the Antiochian Orthodox Church has long been culturally and ethnically diverse, with Greek, Byzantine, Syrian, Turkish, Russian, and Arab influences. The Antiochian Heritage Museum collects and exhibits objects such as textiles, inlaid woodwork, metal crafts, jewelry, engravings, prints, and religious art. A permanent exhibit highlights Saint Raphael, a bishop from Damascus who served Orthodox communities throughout the United States. Changing exhibits emphasize Antiochian heritage through the centuries and across different parts of the world, including Westmoreland County and western Pennsylvania.

The Museum serves thousands of members of the Antiochian Orthodox Church who attend programs, conferences, retreats, and summer camps at Antiochian Village, along with non-members who rent the Village facilities or simply drop by the Museum to explore. The Museum is free and open to the public.

Who We Are, Antiochian Village. Accessed March 27th 2020. https://www.antiochianvillage.org/about-antiochian-village/who-we-are/.