One of the five cemeteries operated by the Roman Catholic Archdiocese of New York, Gate of Heaven Cemetery is the largest sectarian burial ground in Westchester County. Designed by prominent landscape architect Charles Wellford Leavitt, the cemetery was dedicated by John Cardinal Farley in 1918. It is the final resting place of a number of prominent Catholics who resided in the greater New York area, including baseball Hall of Famer Babe Ruth and actors James Cagney and Sal Mineo. The cemetery has a variety of interment options, including in-ground burials, community mausoleums and family mausoleums.

The Saint Francis of Assisi Mausoleum in Gate of Heaven Cemetery 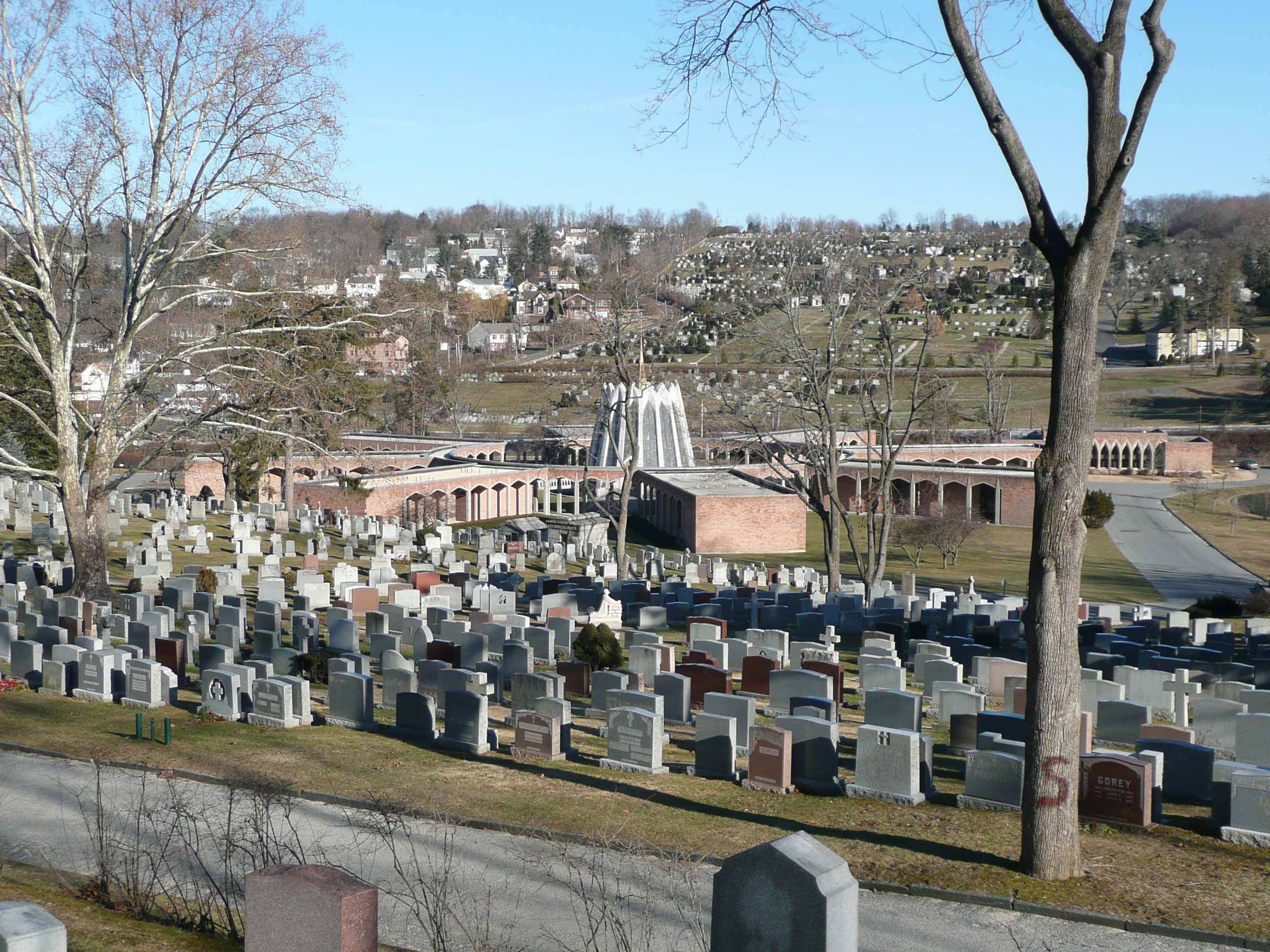 The largest sectarian burial ground in Westchester County, Gate of Heaven Cemetery was founded by the Roman Catholic Archdiocese of New York to be a place of burial for its faithful. While many Roman Catholic parishes had their own churchyards and burial grounds, the Archdiocese of New York had but one cemetery, Calvary Cemetery, which was filling rapidly by the beginning of the 20th century. To secure more burial space, the Trustees of St. Patrick’s Cathedral acquired an undeveloped portion of Kensico Cemetery in the Town of Mount Pleasant on the north side on Minnetonka Brook. Two years later the trustees purchased Fairlawn Cemetery, a 100-acre non-sectarian burial ground that had been founded in 1900 but did not have a large number of burials. The location of Fairlawn Cemetery was particularly appealing as it was located along the New York & Harlem Railroad and had its own train station.

The work in laying out Gate of Heaven Cemetery was overseen by landscape architect and engineer Charles Wellford Leavitt (1871-1928). Leavitt designed a number of public places including Forbes Field in Pittsburgh and the campus of the University of Georgia, and produced urban plans for Garden City, New York, Long Beach, New York, and West Palm Beach, Florida.  The Trustees of Saint Patrick’s Cathedral worked with neighboring Kensico Cemetery to move the plots of non-Catholics from Fairlawn Cemetery. Gate of Heaven Cemetery was dedicated by John Cardinal Farley on July 14, 1918.

Gate of Heaven Cemetery is the final resting place of a number of notable individuals:

Gate of Heaven remains an active cemetery today, and remains a favored final resting place for Roman Catholics in the Archdiocese of New York. Visitors to the cemetery may opt to take the Harlem Line of Metro-North Railroad to the Mount Pleasant station, which is located near the cemetery office. Trains stop at the platform twice each weekday and six times each day on Saturday and Sunday. 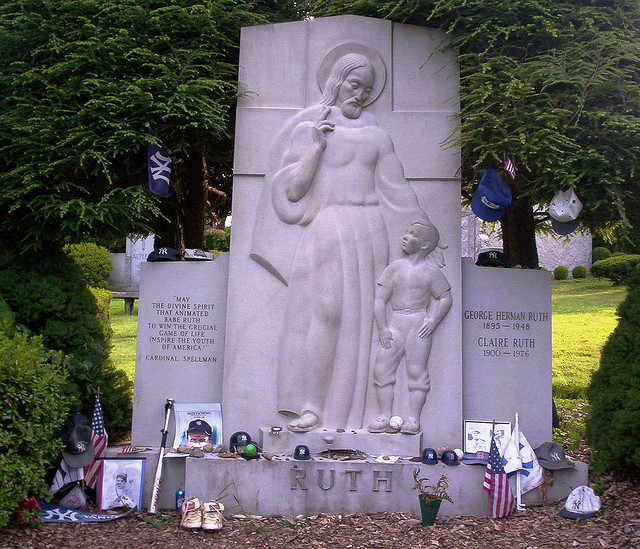 Gate of Heaven Cemetery is where the final resting place of baseball legend Babe Ruth can be found. Gate of Heaven was purchased by the Trustees of St. Patrick's Cathedral in 1916 and was declared sacred by the Archbishop of New York in 1918. The cemetery is the burial place for other famous people, actor Jimmy Cagney and another Yankee great Billy Martin, but the majority of visitors show up to see the burial site of Babe Ruth where they often leave their Yankee memorabilia and hand-written notes to show their respects and appreciation for an American baseball legend.