The most prominent site of Bill Russell is Boston Garden, where he played his home games at and where he played at his whole career. Boston Garden, which is mainly referred to as "The Garden", opened on November 17th, 1928. The Garden was built above the North Station which was the hub for various railways. It was constructed by boxing promoter Tex Rickard and ended up costing $4 million, which now would equate to $60 million. The Garden hosted home games for both the Boston Celtics and the Boston Bruins of the NHL. The building also held rock concerts, amateur sports, boxing, professional wrestling and political rallies. Rickard built the arena specifically with boxing in mind, believing every seat should be close enough to see the boxers easily. Because of this design theme, fans were much closer to the players during Bruins and Celtics games than in most arenas, leading to a distinct hometown advantage. The court hosted several championships between the Celtics and Bruins, especially during Russell's 11 Championship run. By the early 1970s, Boston Garden was deteriorating. The building had no air conditioning and some seats were obstructed by structural pillars. The seats were decades old and terribly cramped. With a capacity of less than 15,000, it was one of the country's smallest major league sports arenas. The Garden also lacked luxury suites, which had become an important and much-needed source of revenue for teams in professional sports. In 1972, Boston Mayor Kevin White announced plans for a new 18,000-seat arena to be built near South Station.

Boston Garden during a game in full color taken in the later years of the building's lifetime. Bill Russell blocking a defenders shot in Boston Garden, very symbolical of how his career went. 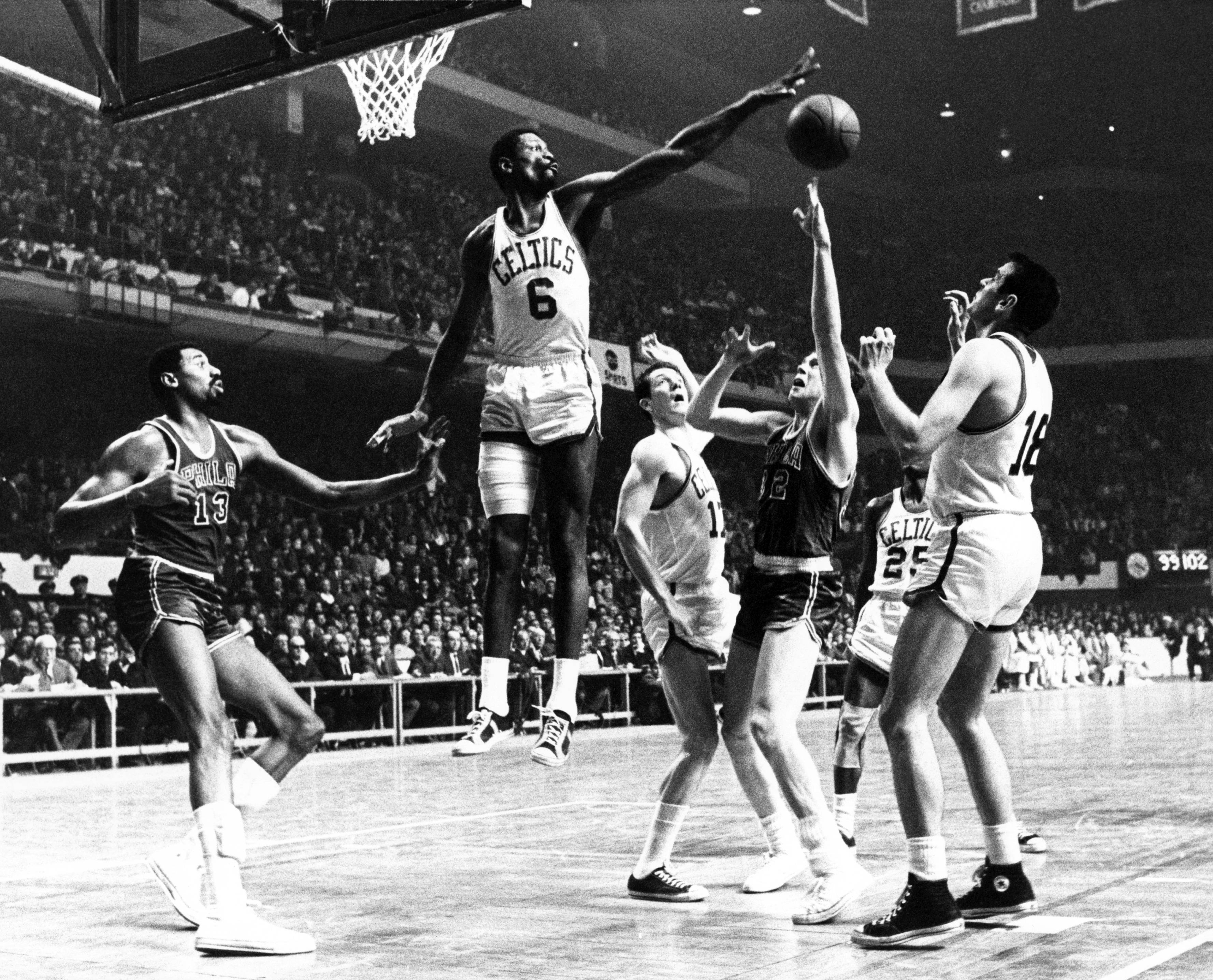 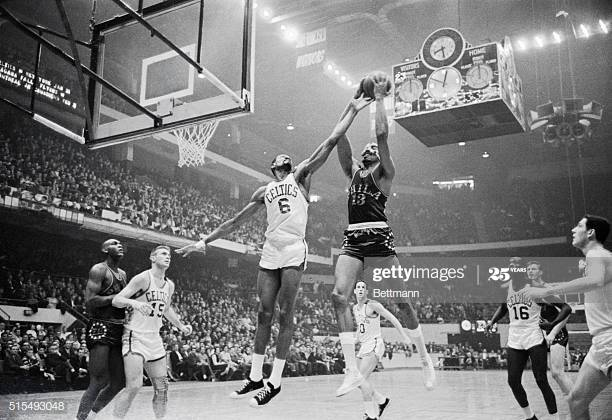 Starting lineup for the Celtics on the home court. 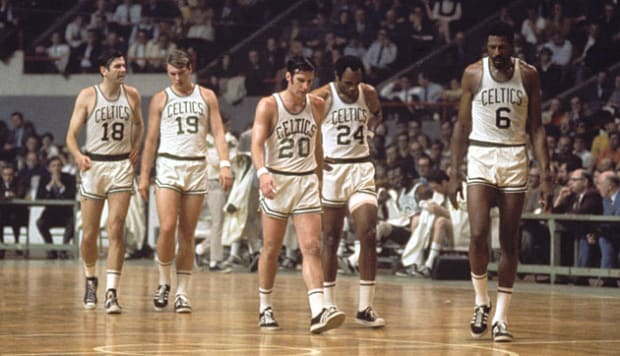 Bill Russell was the primary reason that the Celtics dynasty is considered by most basketball fans to be the premier team in NBA history. He was the first and perhaps only player to truly be recognized as great for his defense and team play. His contributions to defense are similar in scope to Jordan's contributions on offense. He was probably the greatest rebounder and shot blocker ever to play the game. He is synonymous with the old Boston Garden and its famous parquet floor.

The floor of was famous for its wooden look and just felt like a winners floor. Many photos were taken and you can tell when they were in the Garden or not due to the floor since it was so different to other teams. While the parquet floor was an important part of the history of the Celtics, it was not originally part of the Garden. The parquet floor was built and installed in the Boston Arena and moved to the Garden in 1952. It is said the Celtics knew which way the basketball would bounce off any section of the floor; this was one contributing factor to the Celtics' many NBA championships. The floor became as much a part of Boston sports lore as the Green Monster at Fenway Park.

The Garden had no air conditioning, resulting in fog forming over the ice during some Bruins' playoff games. During Game 5 of the 1984 NBA Finals, the 97 °F (36 °C) heat in the facility was so intense that oxygen tanks were provided to exhausted players. Boston Garden was the first arena to host the Stanley Cup Final and NBA Finals at the same time in 1957. It occurred again in 1958 and 1974.