Completed in 1892, the Old Capitol Building is one of the most recognized landmarks in Olympia. It was originally the Thurston County Courthouse before becoming the second capitol building in 1901. It is an excellent example of Richardsonian Romanesque architecture. Built with rock-faced sandstone, interesting of the building include four conical towers, decorative stonework, arched windows, and a pair of gargoyles above the main entrance. It also originally boasted a 150-foot tall clock tower that was later destroyed in a fire (see below). Today, the building houses the Washington State Superintendent of Public Instruction. It was added to the National Register of Historic Places in 1975. A variety of artwork from around the world is on display in the hallways of building including photographs and paintings. Visitors can take guided tours inside.

The Old Capitol Building was constructed in 1892 and was originally the county courthouse before becoming the capitol in 1901. 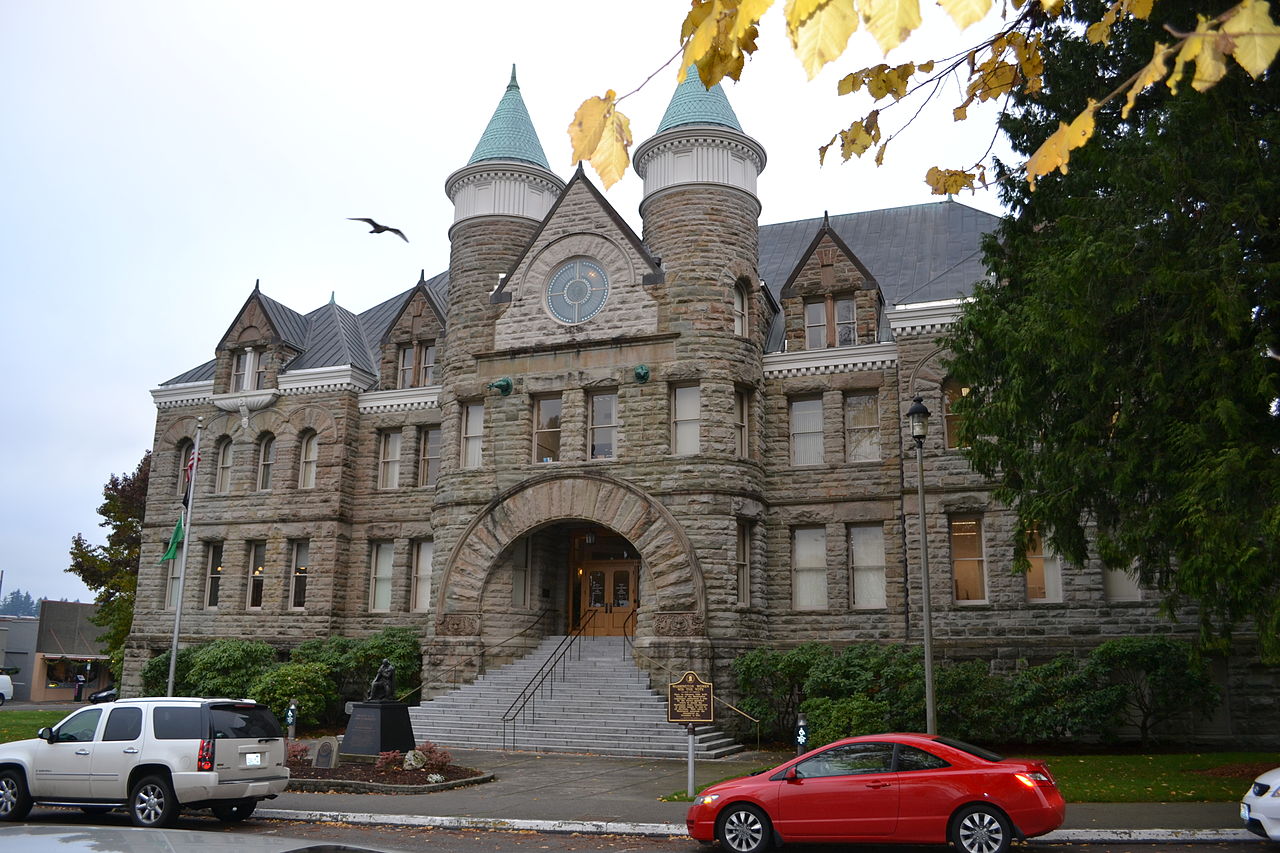 The building used to have this 150-foot tall clock tower. 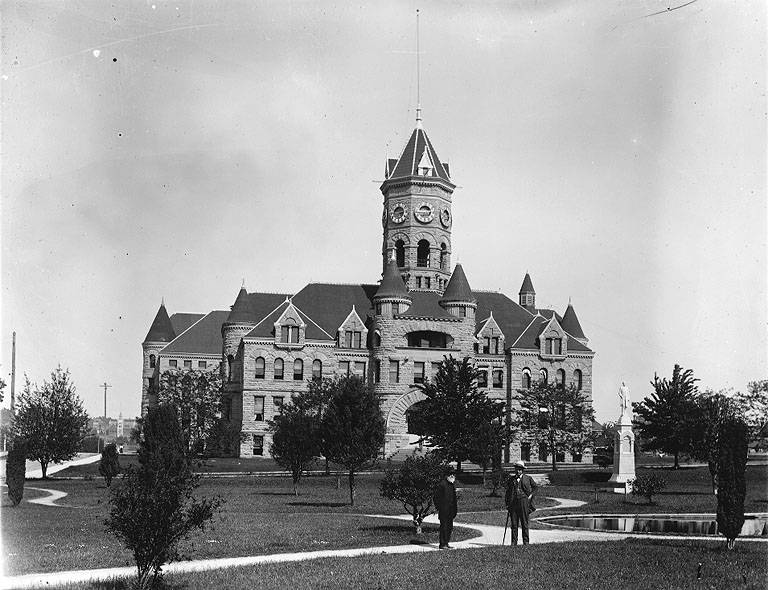 The first capitol building was constructed in 1856. It was a simple two-story wood structure that resembled a colonial church. It also had a portico with a balcony above it. It was originally used as the county courthouse until 1901 when the state bought the Thurston County Courthouse and to use it as the second capitol building. By then, the first capitol was too small for the state legislature.

The new capitol building wasn't immediately ready for the legislature just yet, however, as the state made plans to build the adjacent annex where the legislature was going to meet (the original part of the building would house the offices of state government officials). It was scheduled to be finished in 1903 but the building contractor, apparently, was experiencing some labor problems and other difficulties. Some locals accused the contractor of delaying on purpose in order to acquire more government contracts. Nevertheless, the annex was finally completed in January 1905. Twelve towers were also added to the entire building.

In the coming decades, the old capitol experienced a number of changes. Soon after the state legislature and agencies moved to the new capitol in 1928, a fire severely damaged the old building, destroying the large clock tower and the fourth floor. It took almost a ten years for the building to be renovated. However, it was damaged once again in 1949, this time by an earthquake. Most of the towers were lost and other parts of the building were damaged. Another earthquake in 1964 caused minor damage. In addition, over the years the building was altered to accommodate the needs of the organizations that occupied the building. The old building was renovated in the early 1980s.