The William Porth House was built of a local limestone called "cotton rock" sometime in the mid to late 1820s. The house is named after a man who moved to town in 1842 and became a judge. Upon his death in 1888, his son, Dr. Joseph P. Porth inherited the house and resided here with his family. Dr. Porth ran his medical practice from the walkout basement; Joseph was elected Mayor of Jefferson City in 1903 and was president of the Cole County Medical Association. The house passed out of the family's hands in 1923 and became a restaurant for decades. The building now house the corporate offices of the Architects Alliance. 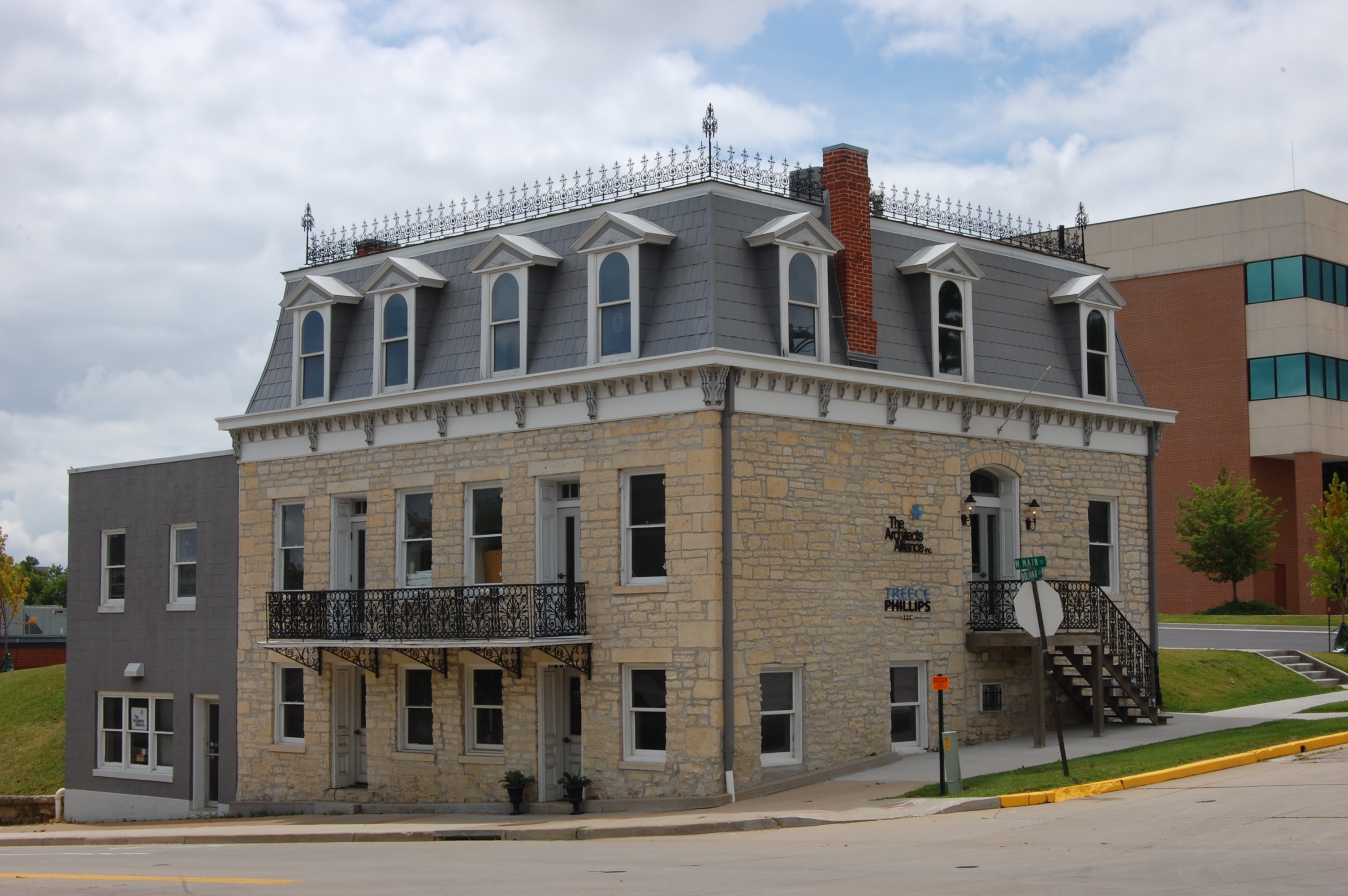 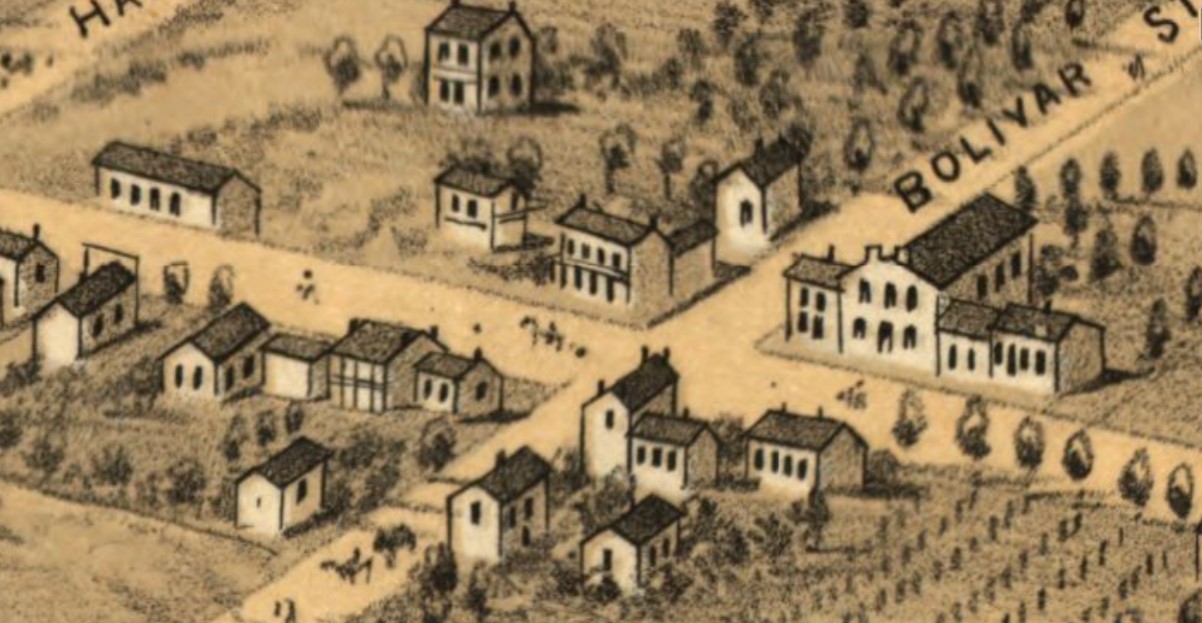 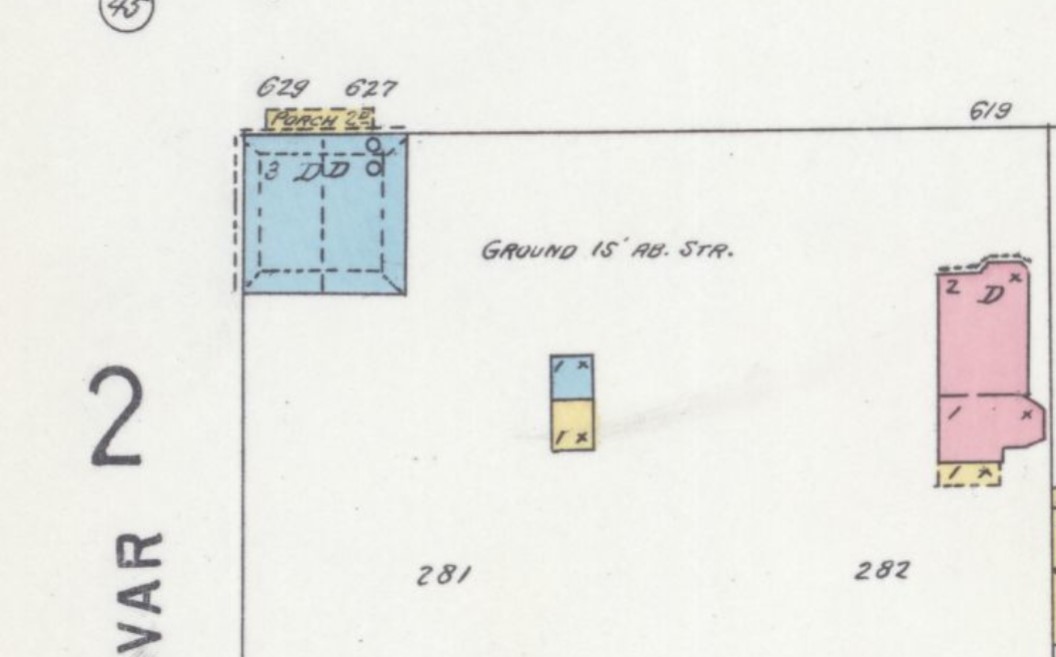 The William Porth House is named after a German immigrant who was married to Elizabeth Wolters, a Florida native. The couple fled the home during the Civil War; their son, Joseph P., was born in Osage County in January of 1865. The house has a square footprint and was originally one story with a walk-out basement on the lower elevation/ river side. The original roof was a side gable; an early photograph shows a full-width open-air porch on the front façade (facing W. Main Steet) along the first story, with wooden steps along the gable street side (facing Bolivar Street).

During the Civil War, federal troops used the basement for ammunition storage. The house was on high ground that had been called "Rich Man's Hill" and later "Richmond's Hill." The second story, with its dormer windows and French Second Empire style roof, was added to the building in the late 1880s. Notable features are a bracketed cornice and an iron balcony between the basement and second floor. The older version of the house, with a gable roof and a balcony on the Main Street side, facing the river is seen on the 1869 Bird's Eye View Map of Jefferson City, the Capitol of Missouri, by A. Rogur (see the clip below, of the intersection of Main and Bolivar).

After inheriting the house from his father in 1888, the physician Joseph P. Porth occupied the house with his wife, Effie Nitchey, and their children. Joseph had been educated at St. Louis University and later studied in Europe; he began practicing medicine in 1888. The house was a duplex with the new roof and a wooden balcony/porch by 1898 (see the clip of the Sanborn Fire Insurance Map below). The half of the duplex along Bolivar Street was 629 W. Main at that time, with the other half being 627 W. Main. Joseph served the city as Mayor in 1903 and represented Cole County in several state assemblies. Dr. Porth passed away in 1923.

The building became a restaurant by the 1930s, when it was known as The Colonial Tea Room. It became a favorite gathering place for the ladies while their gentleman political and business leader husbands congregated at the establishment across the street, now Paddy Malone's tavern. By 1970, the rundown structure became the property of the city's housing authority, who offered it for renovation. The building currently houses the Architects Alliance, Inc., the firm chosen to purchase and renovate the building into their corporate office, studio, and conference spaces, while preserving its historic integrity. The Porth House was listed in the National Register of Historic Places in 2001 and won an award from Jefferson City's Historic Preservation Commission in 2002.