The Hose Company No. 4 Firehouse Building in Eureka 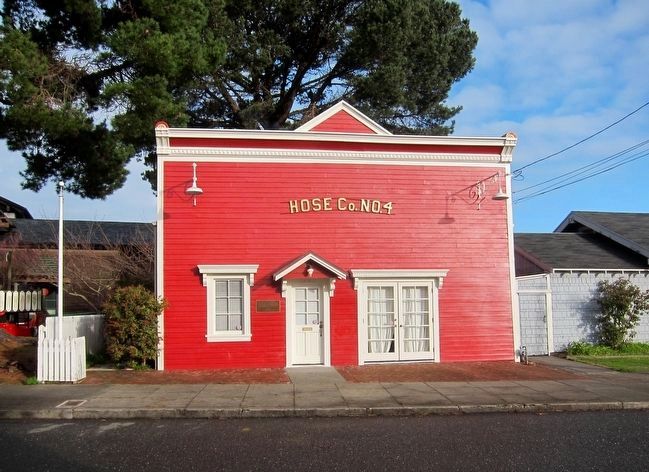 Hose Company No. 4 Firehouse Building showing the large mural on the side of the building 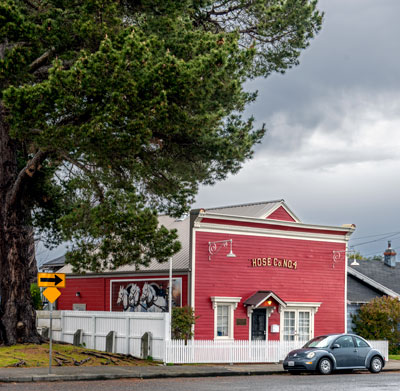 Mural on the exterior wall of the Hose Company No. 4 Firehouse 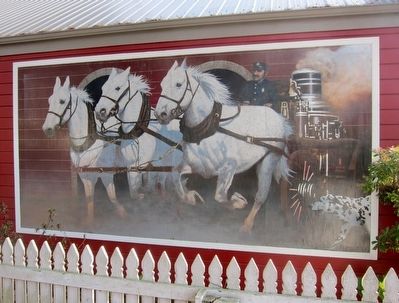 Historical plaque placed on the the Hose Company No. 4 Firehouse building in 1997 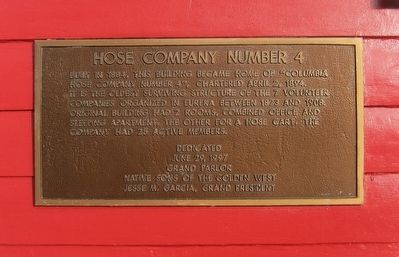 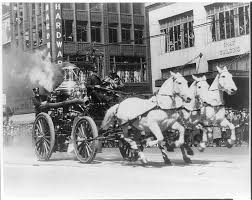 The firehouse is a modest wooden structure that was built with only two rooms. One room contained combined sleeping and office quarters. The other room contained space for the fire hose cart, which included a leather fire hose wrapped around a cylindrical reel suspended between a pair of wheels. This bulky, heavy fire hose cart device was initially pulled by hand by a team of men. A few years later, it was replaced by a fire wagon, which was pulled by horse power. In the early days of the firehouse, fire wagons required one or more horses harnessed to the wagon to pull the fire hose along with a steam engine to pump the water.

A large and colorful mural, which was painted on an exterior side wall of the Number 4 firehouse, depicts the era of the horse-drawn fire wagon. The mural was painted on the wood siding by C.R. Spicer in 1995. It is titled, "Fire House Alarm, Horse Drawn Fire Wagon." A historical plaque was also added to the building by the Native Sons of the Golden West on June 29, 1997. It appears just to the left of the front entryway.