You are vieweing item 5 of 8 in this tour.

Sotterley's main house or Manor House, is sometimes referred to as the owner's house or plantation house. The first two rooms of the house were built about 1703, by the first owner the museum interprets, James Bowles, from Kent County, England. Bowles came to Maryland and bought 2,000 acres on the Patuxent River. He then built a two-room, hall-and-chamber wooden house, using post-in-ground construction that still exists within the walls of the house seen today. Bowles was an agent for the Royal African Company and made money from the slave trade. Sotterley is a middle passage site, meaning captured Africans were shipped from the West Coast of Africa directly to James Bowles on the Patuxent River. Slavery was a means to gain wealth for all owners until 1864. James Bowles earned his money through government posts, through exporting food and raw materials back to England, and through the slave trade. Like most Englishmen of wealth and power, Bowles also married women of social standing and wealth. He first married Jane Lowe. This marriage coincided with the addition to another room to the house, which he called, "The New Roome." This room is visible protruding out on the roadside of the house. Built about 1715, this was the first addition to the hall-and-chamber structure. According to a 1727 inventory, it was most likely used as a dining area at that time. Jane Lowe died in 1718. Bowles then married Rebecca Tasker Addison. They had three daughters, Mary, Eleanor, and Jane Bowles. James Bowles died himself in 1727. Enslaved persons listed working within the “dwelling house” in 1727 were, Doll, Pegg, Sarah, Lucy, Susan, and Blackwell. Rebecca remarried George Plater the second in 1729, the date on the house cupola. The house expanded, adding a dining room. The kitchen was detached. The house was raised to a full two stories. George and Rebecca had four children, Rebecca, George, Thomas, and Elizabeth. 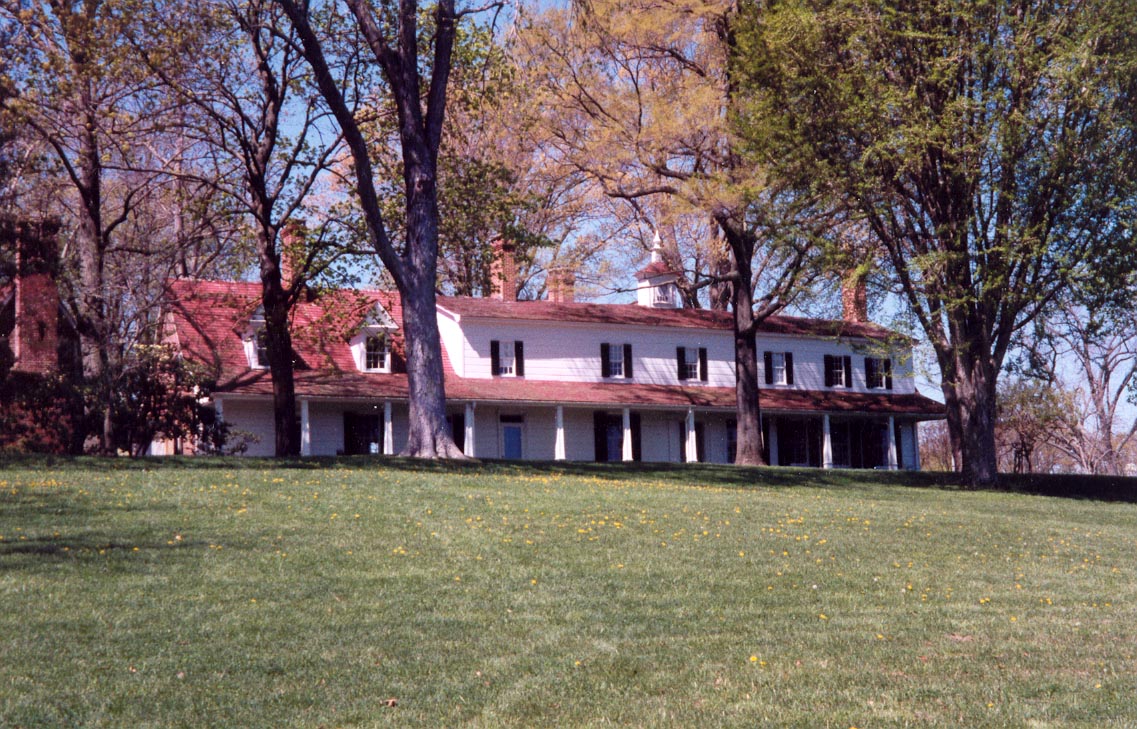 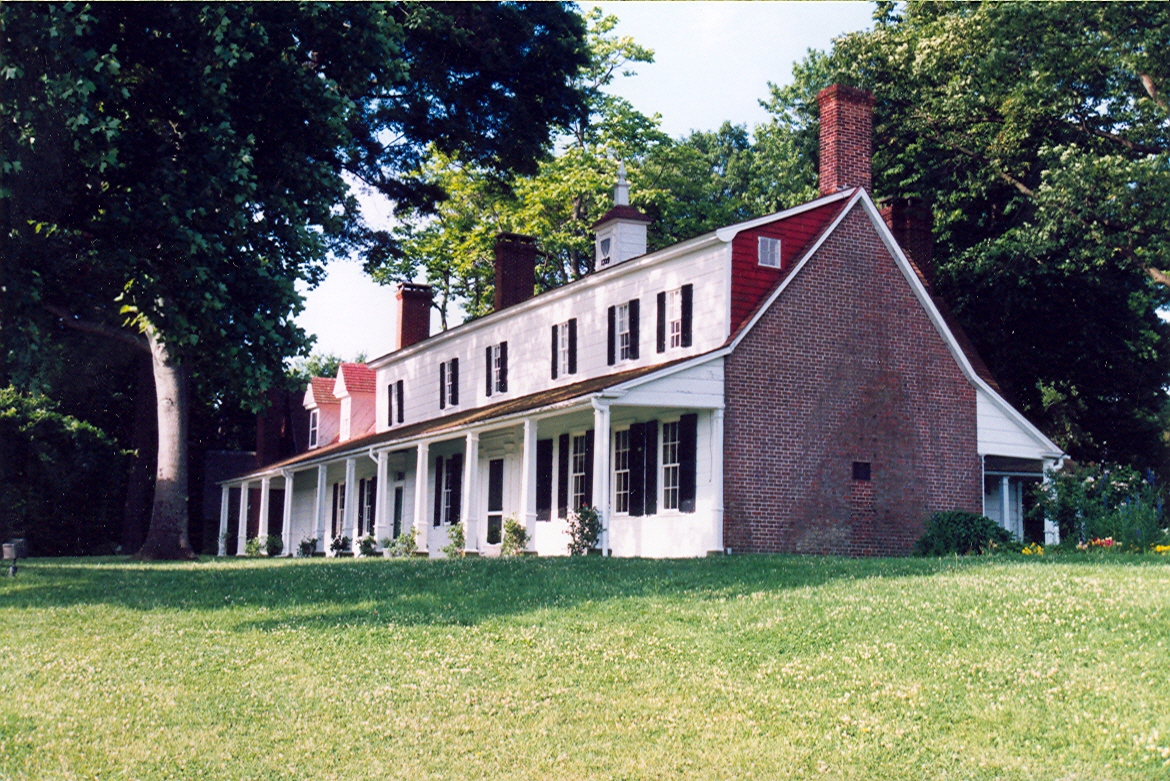 George Plater the third inherited the property from his father in 1755, Sotterley was named for Sotterley in Suffolk, England, the Plater (Playter) ancestral home. George married first, Hannah Lee. She soon died. He then married young Elizabeth Rousby, from Rousby Hall in Calvert County. They had five children, Rebecca, George, John, Thomas, and Anne.

The house went through major changes between 1760-1770. George Plater added footage to the Bowles chamber room of the house on the north side. He also raised the room ceiling taking the height from the bedroom above. This large room is now known as the drawing room. Richard Bolton, a master joiner and glazier, that also designed the interiors of St. Andrews Church, created the woodwork of the room. Plater also added the entry hall and Chinese Chippindale staircase that Bolton designed that can still be seen today. This made the house much more formal and showed Plater's wealth and status. In 1790, George Plater held 93 enslaved persons.

When Gov. George Plater died in 1792, his son, George the fourth, inherited Sotterley. He first married Cecilia Bond and had one son, George Plater the fifth. He married second, Elizabeth Somerville, and had one daughter, Ann. Both parents, George and Elizabeth, died of disease in 1802, leaving Sotterley to their minor son, George. The boy's uncle, John Rousby Plater, became the acting administrator of Sotterley. Sometime during this period, a large attached kitchen was added to the riverside of the house, sometimes referred to as the "Briscoe kitchen" for the owners in 1826.

In 1815, during the War of 1812, 49 people took their freedom from Sotterley to include house servant, Peregrine Young, and cooks, Teney Merrit and Grace Munroe.

After the War of 1812, George Plater the fifth sold Sotterley to his step-uncle, William Clarke Somerville. Somerville broke up the property into smaller parcels and sold them. The 1,000-acre parcel that included Sotterley's manor house was sold to Thomas Barber in 1823. Three years later, Barber's daughter, Lydia, and his stepdaughter, Emeline Wellmore, inherited the property. Their husbands legally had the property divided, 600 acres to Lydia and her husband, Chapman Billingsley, and 400 acres that included the manor house to Emeline and her husband, Walter Hanson Stone Briscoe. Walter and Emeline had 13 children, Walter (d. 1840), Margaret, Henry, Samuel, Chapman, Jeannette, James, David, Sarah(Sallie),Susan, John, Mary, and Walter. Sotterley was one of the largest slave holding plantations in Maryland.

Except for interior colors and furnishings, Sotterley's manor house had few major changes, but by the time Walter and Emeline passed away in the late 1880s and the house was passed to their son James, and then to their granddaughter, Elizabeth Briscoe Cashner, the house was in decline and disrepair. Three generations of the Barber and Scriber families worked at Sotterley from the late 1880s to the 1960s. Some emancipated from Sotterley in 1864 left or stayed to work for wages before gaining their own property as did the Edwards and Cane families.

In 1910, Herbert Satterlee, a lawyer from New York, and his wife, Louisa Pierpont Morgan, daughter of J. P. Morgan, purchased Sotterley from Elizabeth Briscoe Cashner. Satterlee wanted to restore the house to his romantic vision of Colonial America and the nation's founding. Referred to as the Colonial Revival, it was a movement toward Colonial style architecture, art, furnishings, and farming. It was also about the creation of American founding stories of European nobility, superiority, and bravery, with a lot of American myth making that ignored the less noble side of America, to include the legacies of native genocide, slavery, and racism.

Charles Knott, hired in 1910, by Herbert Satterlee, became the farm manager. Although the Satterlee's kept the farm in operation and paid employees year-round, they were not in residence but two or three weeks a year. The Satterlee's had two daughters, Mabel and Eleanor, who were 9 and 5 years old respectively when they first came to Sotterley. Satterlee immediately started to change the landscape of Sotterley to look more like a Southern Gentleman's estate. In 1917, Satterlee had the attached 1803 kitchen on the river side of the house torn down, expanding the portico the length of the house. He then had a Colonial style kitchen added to the south end of the house, near the 19th century smoke house.

Upon Satterlee's death in 1940, his daughter, Mabel Satterlee Ingalls, bought Sotterley from her father's estate. Sotterley's last private owner, Ingalls had always loved the outdoors, hunting, fishing, and riding. By the 1950s, Ingalls was looking for a way to preserve Sotterley. Its upkeep was becoming too expensive. She started to sell off parcels of the 1,000-acre estate to friends from New York. By 1960, Ingalls created the non-profit, Sotterley Mansion Foundation. Today, Historic Sotterley, Inc. is a museum with its many original historic buildings on 94 acres, and stories of the people that lived and labored here.

During every era, Sotterley's Manor house was occupied by workers, both enslaved and free, young and old, providing for the house and the people who lived in it.