The Pink Lady is a Queen Anne style home that was built in 1889 for the family of John Milton Carson. Carson was the son of William and Sarah Carson, whose mansion is located just across the street. The Queen Anne design aesthetic that is showcased in the Pink Lady also includes highly ornamental exterior wall surfaces, including scalloped shingles. The Pink Lady is located on the eastern edge of Eureka's Old Town historic district and serves as a vacation rental home. 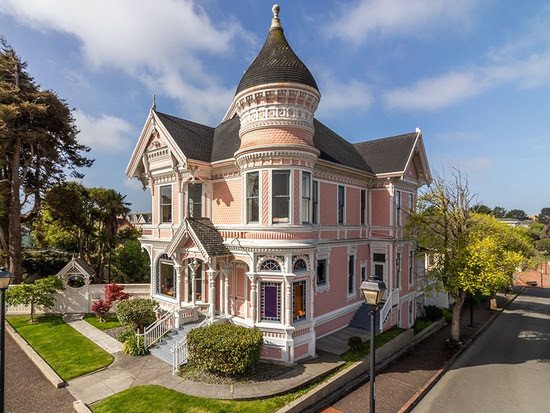 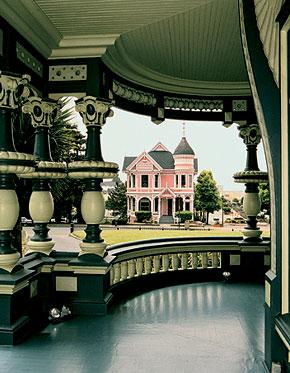 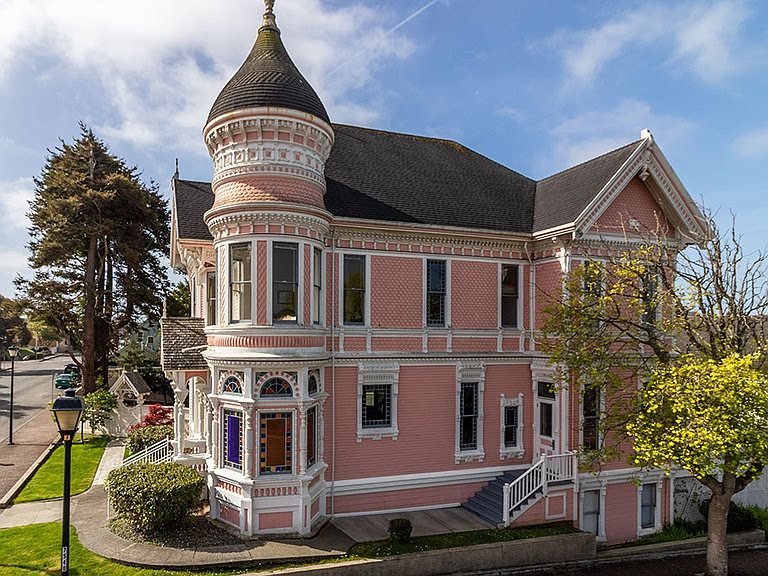 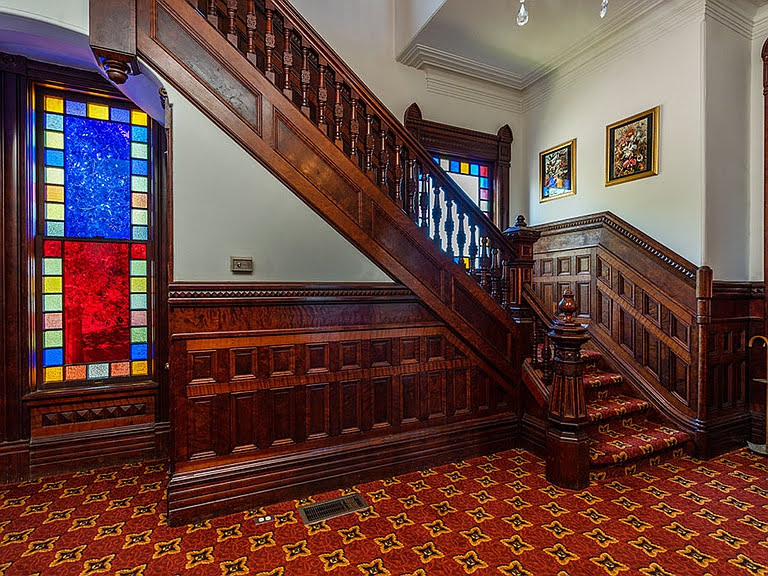 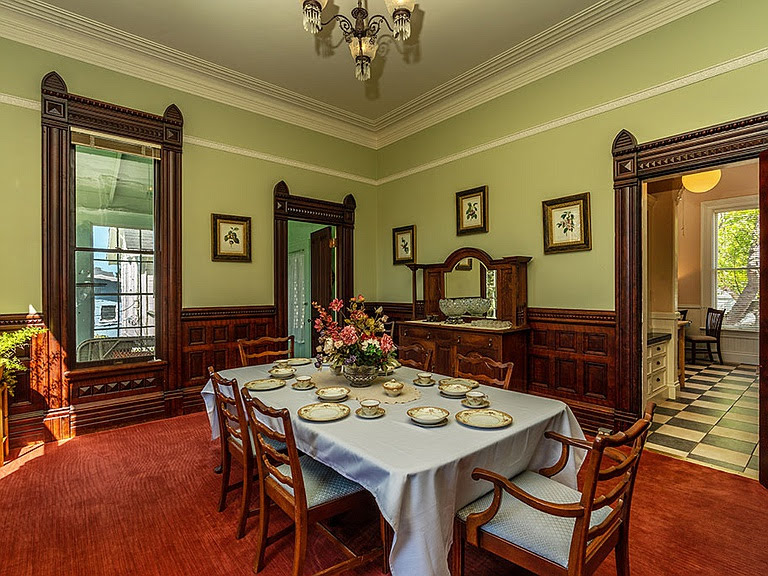 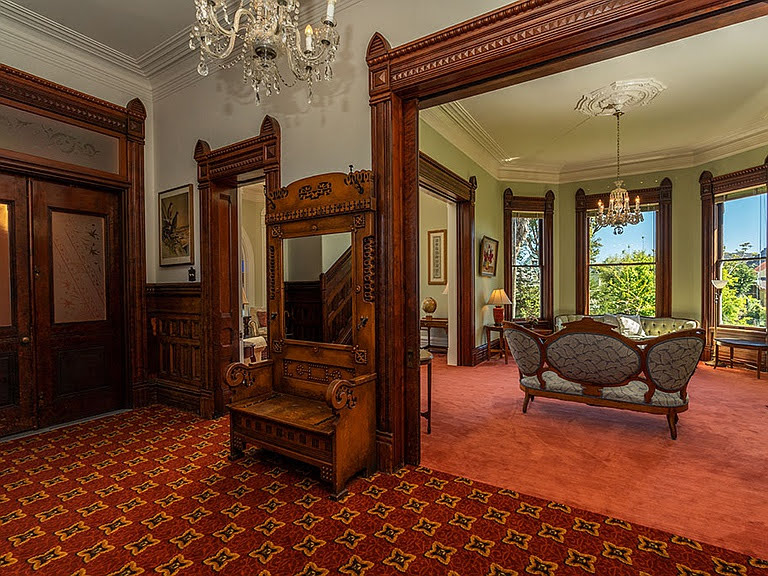 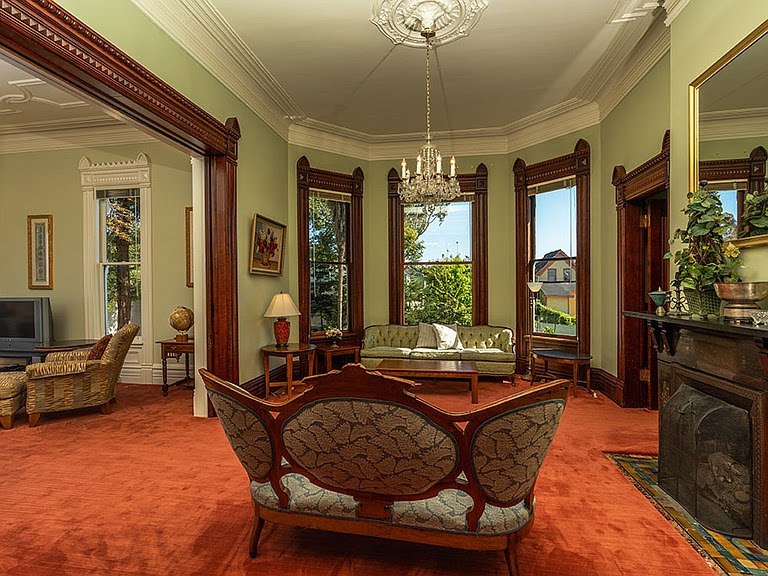 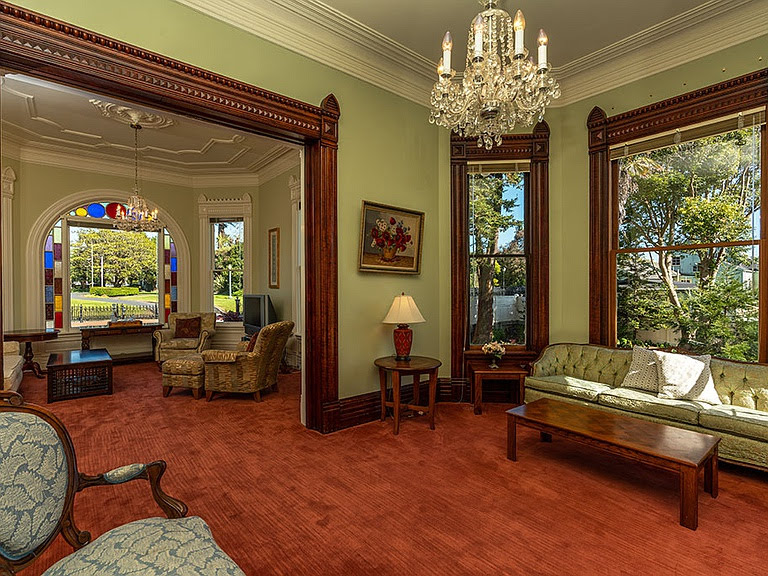 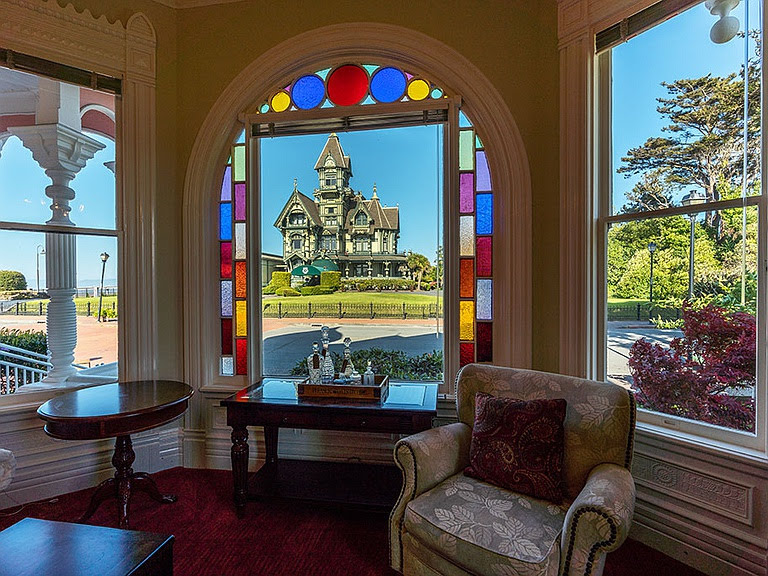 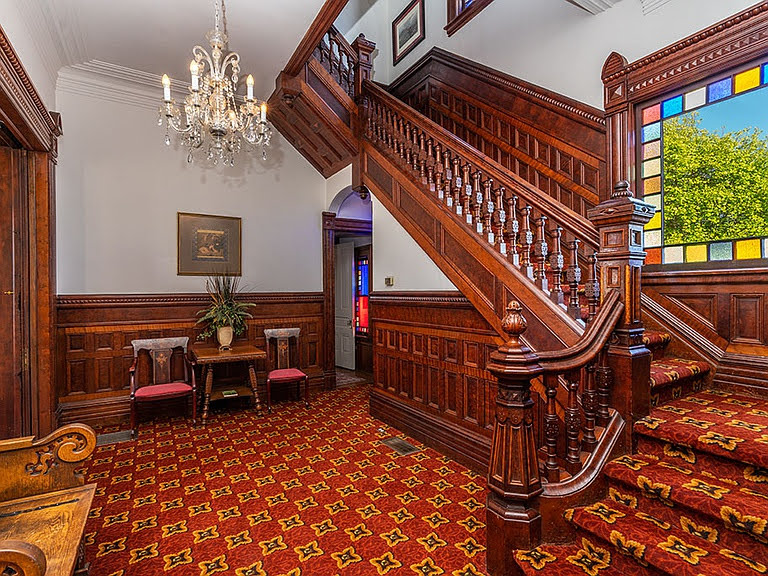 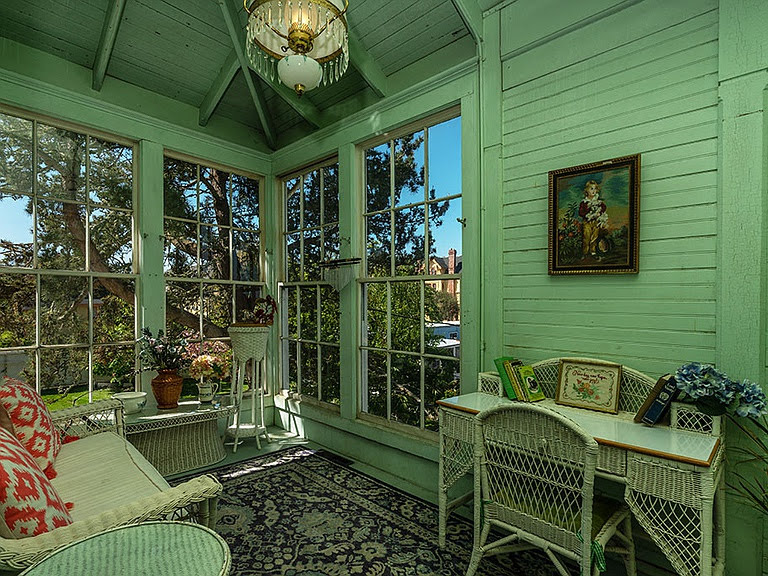 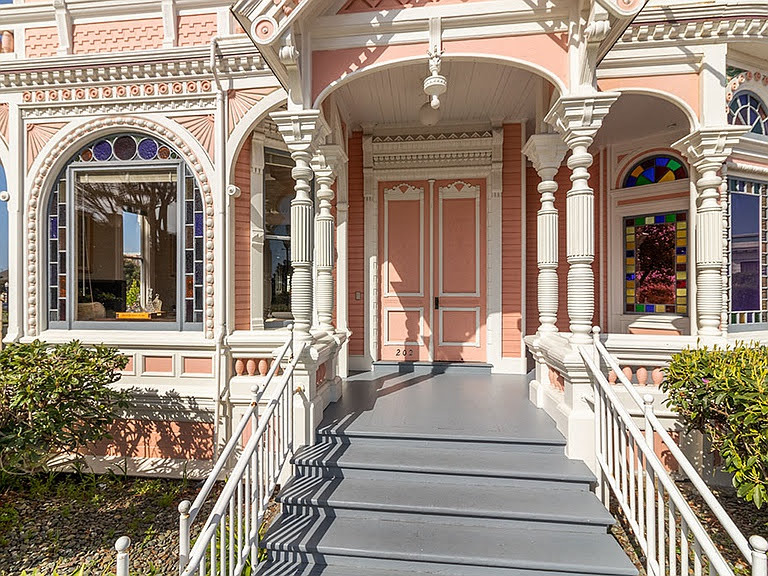 The decorative gate leading to the garden 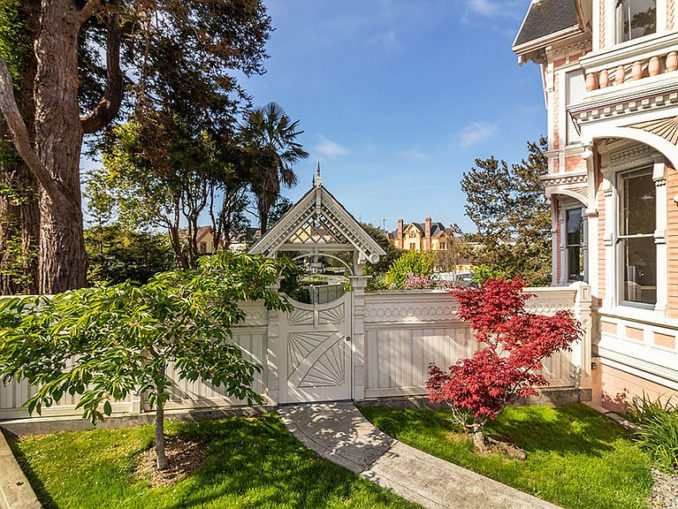 William and Sarah Carson built this Victorian Era property for their first-born son as a wedding gift. William Carson originally came to California to discover gold, but he instead ended up making his fortune in lumber. In 1854, he opened a lumber mill in Humbolt County and the following year he began shipping redwood lumber from Humbolt Bay to San Francisco. He made avname for himself as his mill was the first to ship redwood lumber (San Francisco had previously only received spruce and fir). After making his fortune, William Carson built an elegant mansion in Eureka for himself and his wife, Sarah. Then, they built a house across the street for their son, John Milton Carson. In addition to their refined architectural sensibilities, the Carsons were known for using their wealth to benefit the community as philanthropists.

Constructed in 1889, the Pink Lady (as it was named) was designed by the Newsom brothers in the Queen Anne style. True to this late nineteenth-century architectural style, the Pink Lady features curved porches, single-panel double-hung windows, a gabled roof, and a large domed turret. From this property, the turret offers a clear view of Humbolt Bay. The salmon-colored exterior walls and white trim were a popular paint color combination during the period when the home was built.

The interior of the home also features Queen Anne elements, including a large foyer or vestibule, a dramatic curved staircase, stained glass windows, and compartmentalized rooms, including small round sitting rooms below the turret. In addition, the interior of the home showcases ornate molding and woodwork, decorative fireplaces, sliding pocket doors, and a sun porch, as well as carefully framed, pristine views of the Humbolt Bay and the Carson Mansion located across the street.

After John Milton Carson and his family sold this home in 1912, it changed hands a few times before it fell under the ownership of two German sisters, who operated a boarding house in the property. However, in 1942, the U.S. government seized the home as Nazi property during World War II. The house was then sold at a private auction in 1951, at which time it was purchased by the father of television actor, Lloyd Bridges, who significantly restored the house.

Today, the Pink Lady contributes to the Old Town Eureka Historic District, which is on the National Register of Historic Places. Currently, the property offers rooms for vacation rental. Guests can experience the feel of a waterfront Victorian home replete with nineteenth-century details, from wrapped porches and polished banisters to crystal chandeliers and claw-footed bathtubs.