The Agnew Hunter Bahnson house was built in 1920 and brought a modern take on the English Cottage style to Winston-Salem’s “Millionaire’s Row.” The home is the last surviving mansion on this formerly grand boulevard. Bahnson was an industrial magnate who began in the textile industry before building a small business empire as a manufacturer of industrial humidifiers and air conditioners. The Bahnson house was used for many years by the Forsyth County Public Library after Agnew's death in 1966. The property is currently home to the Spring House Restaurant, Kitchen & Bar. 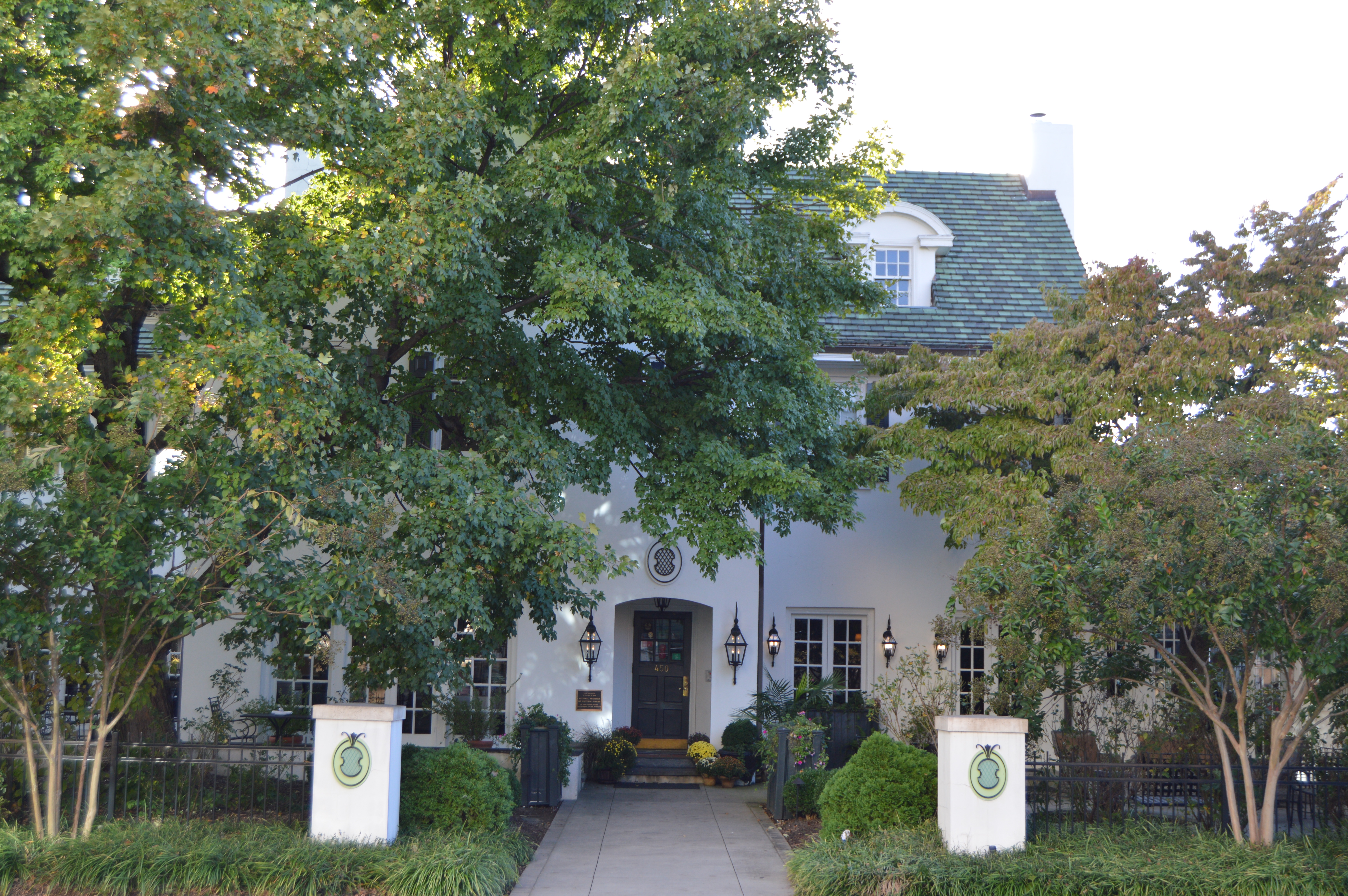 Agnew Hunter Bahnson, son of Dr. Henry Theodore and Emma Christina (Fries) Bahnson, was born on March 10th, 1886, in Salem. His Fries grandfather, Francis, had founded several textile mills in the 1830s and 1840s, including what became Arista Mills. Bahnson first found work as an apprentice at Mayo Mills after his graduation from the University of North Carolina in 1906. He worked as a loom fixer at Loray Mills, then as superintendent of the Pomona Mills in 1909. In 1911, he was hired as an agent for the Washington Mills Company, rising to the position of secretary and treasurer in 1921 and then president ten years later. He became the treasurer and secretary of Arista Mills in 1912 before replacing his uncle as president in 1915. In 1923, he founded the Mayo Sales Corporation, which merged with the Washington Mills Company the same year.

Bahnson’s greatest success, however, was not textile mills, but the “Fries humidifier” and its manufacturer, the Normalair Company. Bahnson, his brother Frederic, and their brother-in-law James Gray founded this company in 1915. Proper humidity and air circulation in textile mills both increased the workableness of the fibers and protected workers from dangerously large amounts of dust and mold. Gray left the venture shortly thereafter; Normalair’s name first changed, in 1918, to the “Bahnson Humidifier Company” in 1918 and eventually, in 1929, to “The Bahnson Company.” The company still operates under this name from its Winston-Salem headquarters, and its selection of industrial humidifiers and air conditioners are used worldwide.

Bahnson remained as president of the company until 1947, when his son, Agnew Hunter Bahnson, Jr., took over. By the time of the elder Bahnson’s death on March 21st, 1966, he was Chairman of the Board of four companies: the Washington Mills Company, the Bahnson Company, the Arista Mills Company, and the Mayo Sales Corporation. In addition, he held many patents for different air conditioning and humidifying technologies. Bahnson was also involved in banking and active in the Winston-Salem community.

Bahnson married Elizabeth Moir Hill in 1914; they had two children, the aforementioned Agnew, Jr., and Elizabeth Hill Bahnson. His house was built in 1920 on land he bought from the Reynolds tobacco family; they had used the property as tennis courts for their nearby mansion before moving out of the city. Willard C. Northup, a prominent Winston-Salem architect from the firm Northup & O’Brien, designed the Bahnson dwelling in a modified English Cottage style with a Colonial Revival interior. The large house, with its striking asymmetry and seemingly plain stucco exterior, “is the sole reminder of the truly grand houses that once defined the street” once known as “’Millionaire’s Row,’ one of the most fashionable residential streets in Winston-Salem at the time.”[7]

After Bahnson’s and his wife’s deaths, the property was transferred to the Winston-Salem Foundation (which they had created). The foundation gave the house to Forsyth County in 1973 to maintain and use for its library. The county gave the property back to the Foundation in 2007. It was sold in 2010 to Lynn Murphy and Lynette Matthews-Murphy, who carefully restored the house. The Murphys partnered with chef Timothy Grandinetti to open the Spring House Restaurant, Kitchen & Bar in April 2012. The restaurant still operates in the house today.

6) Our History; About Us, Bahnson: An EMCOR Company. Accessed March 16th 2020. https://www.bahnson.com/about-us/history.