Constructed in 1925, Everett Fire Station No. 2 is the oldest fire station in the city. The structure is a fine example of Classical Revival architecture adapted for fire fighting purposes with features that include arched windows, terra cotta blocks with urn motifs, and a decorative terra cotta shield above the main entrance. The fire department currently uses the building as a training facility and the building was added to the National Register of Historic Places in 1990.

Everett Fire Station No. 2 was built in 1925 and functions today as a training facility. 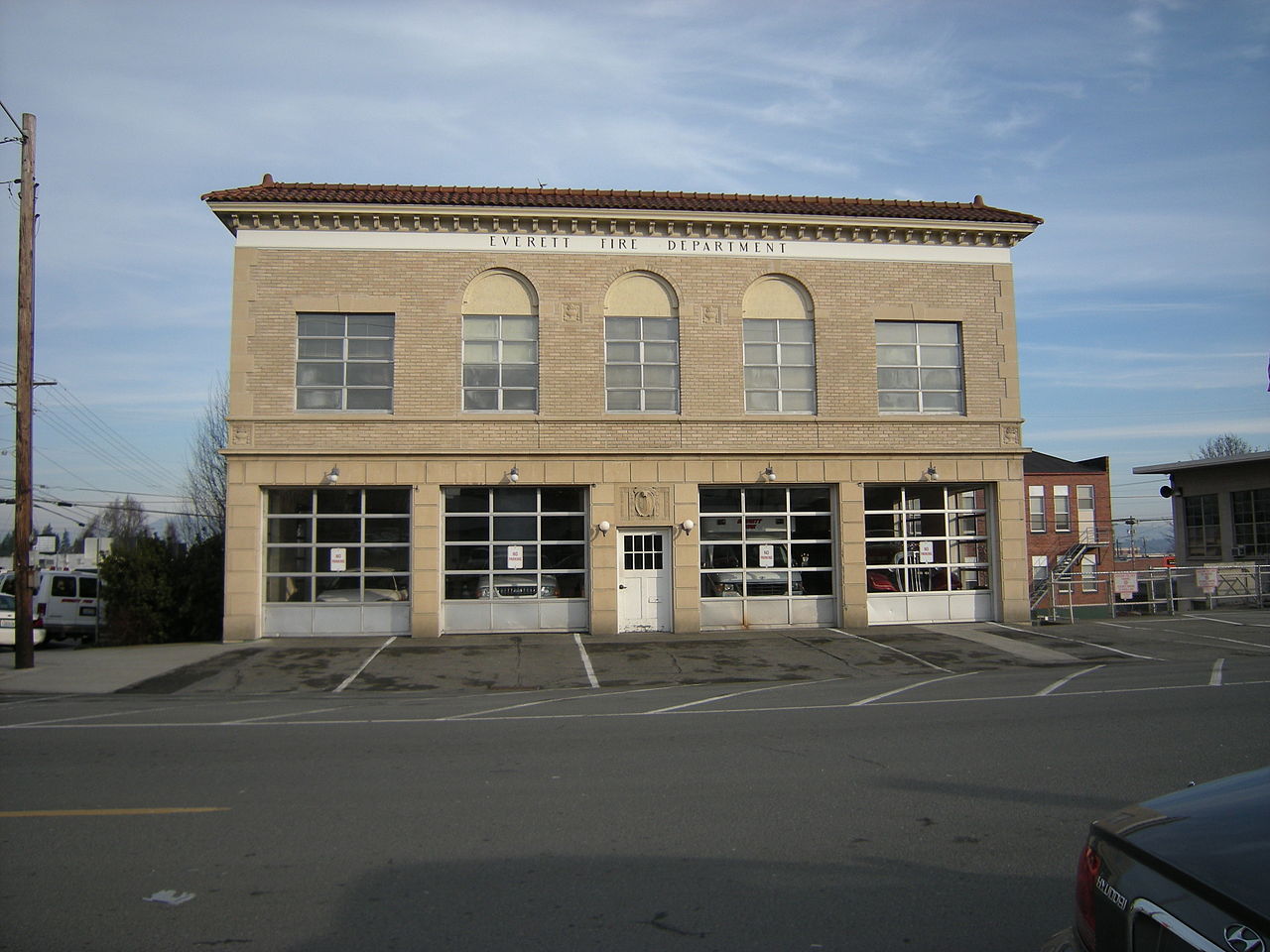 Like much of the rest of the country, Everett thrived during the "roaring twenties." The city grew as industries prospered and more people moved to the city as businesses expanded and sought more employees. A major reason for the boom was the Great Japan Earthquake of 1923, which struck near Tokyo and set the city and other communities aflame. As a result, demand for timber in Japan increased dramatically and this proved to be a boon for the lumber mills in Everett.

The growth of the city in the past two decades provides the historic context in which this stately fire station was built. When completed, it housed the fire chief's offices and featured modern equipment, including a $13,000 water pumper. It symbolized the city's prosperity and advancements in public services. It operated as a fire station for the next several decades before being converted into a training facility.